Advertisement
Home #Hwoodtimes Lili Reinhart and Betty Cooper
Facebook
Twitter
Pinterest
ReddIt
Email
By Valerie Milano
Los Angeles, CA (The Hollywood Times) 3/24/21 -Lili Reinhart, who is currently playing the role of Betty Cooper in The CW’s Riverdale, a teen drama based on the Archie comic book, is, I think, wasting her talent and beauty on the series, but at least it allows her to show us a glimpse of her abilities as an actor. 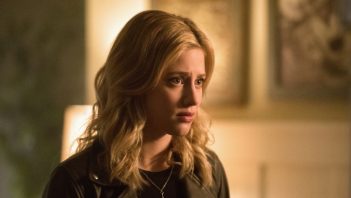 Ms. Reinhart has 21 film and television credits and 20 discographies; she is the recipient of three Teen Choice Awards in a row, but she isn’t a teen anymore—not by a long shot. This young actor is a true star in the making; it’s time for the Oscar film role! 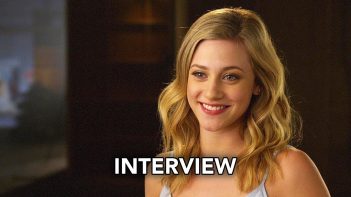 What do you get when you put together a 24-year-old, Cleveland, Ohio-born young woman—a young sexy Ann Margret—with the beauty and style of  Grace Kelly and the smarts of a Nancy Drew novel? You get Lili Reinhart. She is a collision of the old and new Hollywood glamour. She is the girl next door and the sex goddess all in one.
She is also the author of the poetry book, Swimming Lessons, and another co-written with Lang Leav, Summer Love. 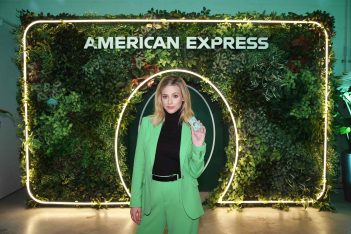 She was an ambassador for Amex Green Card in 2019, and is presently the face of CoverGirl’s Clean Fresh line. Although many have done them, I personally don’t like the idea of actors doing commercials. Their notoriety is not going to increase these companies’ bottom line. In fact, a friend that is a high-up executive for a major, nation-wide advertising firm told me that most commercials done by actors are for the lower-middle class and those who live in trailer parks. I think it degrades the craft of acting. Smart actors only do them in other countries. As an example, I highly doubt Susan Sarandon (whom I love as an actor) dyes her hair in her kitchen sink.
HOLLYWOOD, ARE YOU PAYING ATTENTION: LILI REINHART IS READY FOR THE ROLE THAT WILL GET HER AN OSCAR