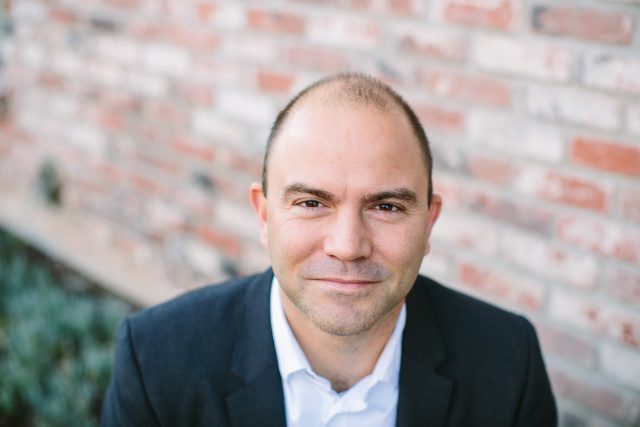 NEW YORK, NY – July 10, 2018 – Producers Anthony Bregman and Stefanie Azpiazu announced today that Likely Story has acquired the feature film rights to former Deputy National Security Advisor Ben Rhodes’ best selling memoir The World As It Is: A Memoir of the Obama White House. Likely Story beat out multiple bidders and heavy competition to acquire the book after the book was published in June. Bregman and Azpiazu negotiated the deal with Howie Sanders of Anonymous Content and Elyse Cheney of The Cheney Agency. Likely Story plans to shoot the feature in 2019 for a 2020 release.

The World As It Is is the first account of the full eight years of the Obama presidency, written by one of the President’s closest aides and confidants. Ben Rhodes began working with Obama at the age of twenty-nine, and this deeply personal memoir captures the electrifying experience of finding yourself at the center of an historic presidency – starting every morning in the Oval Office with the President’s Daily Briefing, waiting out the Bin Laden raid in the Situation Room, and responding in real time to the Arab Spring, all while trying to maintain a life as a son, husband, and eventually father. Rhodes gives an unprecedented, visceral sense of what it is like to be there, from the early days of the campaign to the final hours of the presidency. The book is currently on The New York Times best seller list. 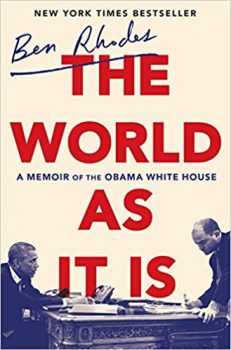 “In The World As It Is,” Rhodes says, “I wanted to paint a picture of what it was like to come of age during eight years in the White House, while illuminating the events that shaped our time. I am excited to be working with Likely Story, Anthony Bregman and Stefanie Azpiazu, who seized upon this combination of the personal and universal – the altogether human experience at the center of things, and the value of telling this story when so much in our politics and world feel unfamiliar.”

Anthony Bregman adds, “Ben Rhodes has written a mesmerizing and profound coming-of-age story, set in the White House during the last period of American dominance and influence. It’s a maddening yet hopeful story, equally personal and epic, idealistic and patriotic. It’s The Right Stuff by way of Frank Capra, and it’s exactly what we need.”

Likely Story is a bi-coastal film and television production company founded by Anthony Bregman and Stefanie Azpiazu in 2006. Their films have won and been nominated for awards at the Oscars, Golden Globes, BAFTAs, Gothams, Indie Spirits, and Cannes, Berlin and Sundance Film Festivals, among others. Upcoming titles include Nicole Holofcener’s The Land of Steady Habits, Tamara Jenkins’ Private Life and Jennifer Kaytin Robinson’s Someone Great, and Jon Chu’s In the Heights, based on Lin-Manuel Miranda’s Tony Award-winning musical. Past films include the Academy Award-winning Eternal Sunshine of the Spotless Mind, Foxcatcher, Sing Street, Indignation, Begin Again, Enough Said, American Ultra, Our Idiot Brother, Synecdoche, New York, Friends With Money, Please Give, The Savages, Thumbsucker, Collateral Beauty, The Circle, and Every Day.

FINDING GRACE AND THE JOURNEY HOME