Los Angeles, CA (The Hollywood Times) 8/6/21 – Real Housewife of Orange County, celebrity mom, Gretchen Rossi, had a nightmare where she caught, in the corner of her eye, her young daughter choking on a sequin at a birthday party, she sprung into action and saved her life in the nick of time. Gretchen knew that many are not that lucky, and she never wanted to feel that trauma and fear again. She never wanted her friends, family, or anyone else to ever feel the way she did. That is why she went online to find a solution.

What she found was LifeVac, a simple contraption that comes in two sizes: one for a child, and one for an adult. If your loved one is choking, this invention basically “vacuums” out the object, leaf, food, bone, and a life is instantly saved. Does everyone know how to do the Heimlich Maneuver right? When there are only seconds to spare, you can’t afford to do it wrong. LifeVac makes more sense. LifeVac is now part of her and all her friend’s diaper bags. 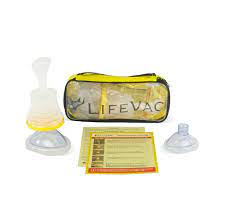 For Gretchen, peace of mind was priceless.  But she is not alone as a mother, as there is the danger of choking for those who have adult children with autism or those who care for elderly parents and grandparents, especially seniors with neurodegenerative conditions such as Alzheimer’s or dementia. Over half of choking deaths are from those over 74 years old.

A choking death occurs every 2 hours. One child dies every 5 days from choking. More people die from choking than from fires, carbon monoxide poisoning, drowning or accidental shootings. The average response time for paramedics is 7 to 12 minutes. By then, brain damage or death is likely.

Choking is the fourth leading cause of unintentional injury death. Founder of LifeVac, Arthur Lih was visiting a friend in the hospital in 2011 when he overheard the tragic story of a 7-year-old child who had recently lost his life after choking on a grape. The senselessness of the death hit Lih deeply, as he thought about his own daughter at the time, who was the same age, and his inventive mind started working overtime. LifeVac was born and is now available in a larger home and smaller travel version pack. The home pack includes a device to practice on at home to prepare you with the muscle memory to act decisively when the situation arises. Since most choking incidents are from food, the travel pack is important. People eat in the car and go to restaurants. Keep it in your home and car, wherever you travel, along with your first aid kit.

Over 100,000 devices have been sold in over forty countries, with strong endorsements from medical professionals worldwide, but the most crucial statistic is that LifeVac has saved 160 lives to date, with more to come.

Arthur Lih noticed Gretchen sharing her passion for his product on social media and invited her on for a more official partnership. When I interviewed them, I was impressed with their shared passion to evangelize for the product, and I found a strong organic kinship with their heart for the community and their affinity towards solutions.

Arthur wants to continue to spread the word and save more lives. In his office, on the wall behind him, is a picture of all 160+ lives he saved and their testimonials. One of the photos is of 11-year-old Amber, who choked on a hotdog bun on July 19th. Amber is a special needs child in a wheelchair, with braces. Amber tends to swallow her food whole sometimes. When she started choking, her mother was able to save her daughter’s life with LifeVac after a failed Heimlich Manuever attempt and her husband’s backslaps. Because of this, Amber’s mother has now donated LifeVac to all her children’s schools. No doubt this fires Arthur up to go to work every day and motivates him to do more and save more lives. 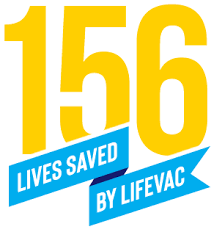 Gretchen is interested in legislative action to get LifeVac into government bills and funding.  She has the vision to see LifeVac in every school, hospital, fire station, police station, and public place in preparation for an incident. Currently, LifeVac is being used by some firefighters, in schools, and in hospitals, but it’s still America’s best-kept secret. But Congressional endorsement and funding, for example, could end up putting LifeVac in public institutions nationwide in one fast clip. It’s time we let this cat out of the bag.

Marc Ang (marc@aib2b.org) is the President of the Chinese American Citizens Alliance in Orange County, and the founder of AsianIndustryB2B which promotes Asian businesses that have a charitable and community focus and impact, with a strong health and wellness committee dedicated to promoting eco-friendly solutions and holistic health.