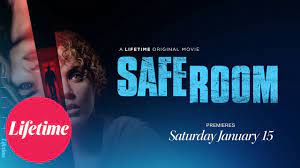 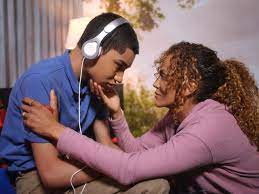 Lifetime’s update is fresh in a number of ways. Among the first is its focus on the autism spectrum, a disorder affecting a growing number of people. The film stars Nicole Ari Parker as the recently widowed Lila Jackson, with Nik Sanchez as her 14-year-old autistic son, Ian. The bereaved mother’s life is about to become more complicated.

When Ian inadvertently records a violent crime against his neighbors, Lila is caught in a battle for her son’s very life. Dominic (Mackenzie Astin) and Rocco (Drea De Matteo) are out to retrieve that footage; and they don’t care what it takes to get it. Director Boris Kodjoe (Parker’s husband) also appears in the film as protective and friendly neighbor, Neil. 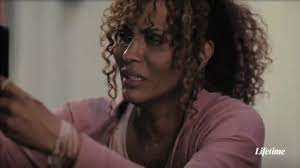 Lifetimes’ efforts to portray Ian with authenticity are remarkable. According to the television movie’s official site, the network’s advocacy involved working in tandem with RespectAbility to ensure that the script approached Ian’s character appropriately. 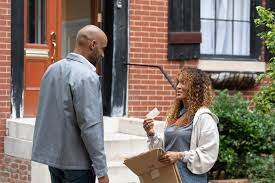 Furthermore, Sanchez is himself on the autism spectrum. It’s a measure that more films and shows are taking as roles for those on the spectrum are becoming more inclusive. Lifetime also provides resources to learn more about autism at the end of the film.

At Lifetime’s recent Virtual Press TCA Day for the film, Sanchez himself said the emotional connection Ian and his mother share came from Parker’s warmth on set. “Well, she was amazing,” Sanchez told reporters. “She felt like a real mom to me, and both Boris and Nicole knew that this was going to be like their first movie project, so they made sure before, we had lunch together.”

Sanchez said the efforts paid off, describing his experience as “comfortable.”

“They made sure that I felt comfortable and knew what was going on and immediately, I already knew that me and Nicole were going to get along. And it really felt like I had two moms on set because like, yeah, they were just amazing. 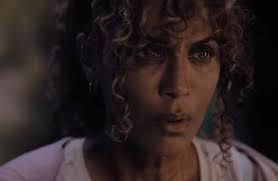 The Hollywood Times posed the question of difficulty in both starring in, and directing, the film. “Actually, that was not the most challenging part,” Kodjoe told THT. The most challenging part for me was to get all my ideas and my vision into this very sort of constrained schedule. We didn’t have a lot of time.” 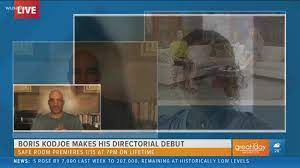 It may have been difficult; but it paid off. In his directorial debut, Kodjoe excels. Safe Room is a tightly directed thriller with emotional impact. 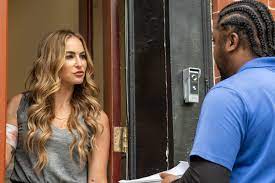 Kodjoe also admitted that meeting the iconic Drea de Matteo was intimidating. However, Parker revealed that the actress was down to earth. “We did not know how sweet and kind and shy and delicate she was,” said Parker. “You know, she has this massive presence and persona.”

Kodjoe said that he was drawn to the Nneka Gerstle-penned screenplay primarily, however, by the powerful dynamic between the mother and son. There’s a lot there to explore; and Kodjoe does it with expert precision and compassion. 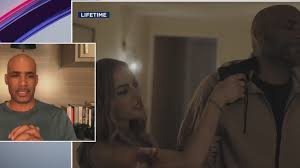 “The mother/son relationship is what attracted me to the script,” Kodjoe said. “Obviously, there are circumstances that are high stakes and dangerous and suspenseful, which lent itself to heighten the stakes to the point where it’s life or death. But, to me, at the core was the mother and son relationship, because when you have a child on the spectrum, as a parent, you constantly put out fires. You deal with and you manage your child, and there’s a whole lot of things we project on our children.” 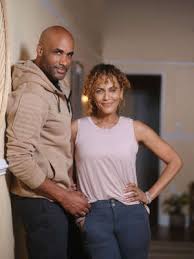 Kodjoe said the relationship between Ian and Lila evolves as a result of the traumatic situation.

“Throughout the movie the relationship between the mother and the son changes, and she really sees him in a different light, because he steps up and at the end, I can’t give it away, but [Ian] really comes into his own.” 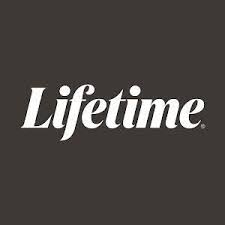 The end is its own rich reward to a supremely tense movie. We won’t ruin it for you, either. Safe Room debuts on Lifetime January 15.