Las Vegas, NV (The Hollywood Times) 9/21/12 – The Life is Beautiful Festival returned to the heart of Las Vegas after the COVID-19 pandemic forced a hiatus. The Hollywood Times was on site to capture the musical acts, the comedy acts, and the general atmosphere. 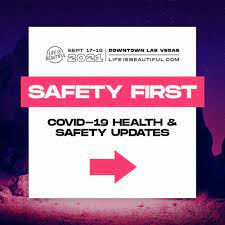 Starting Friday, September 17th, the streets were filled with art, music, and most of all, life. And from the beginning, the event was billed as “safe,” requiring attendees to provide documentation of a COVID vaccination or a negative COVID test within 72 hours of each day of the festival. 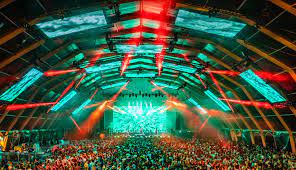 Out at the Huntridge Stage, Noah Cyrus, Purity Ring, and Teddy Swims performed.

BACARDÍ® Stage proved to be one of the festival’s most popular venues, drawing festival-goers into an early arrival for an up-front view of Willow Smith’s performance, as well as Megan Thee Stallion and Don Toliver.

In a first for the festival, Jammcard and Life is Beautiful brought JammJamm with GRAMMY winner Jacob Collier. T-Pain was a surprise guest. 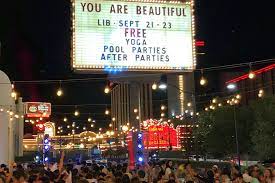 The Life is Beautiful Festival IS a celebration, after all, so after parties were part of the schedule, as well. Venue Vegas hosted a retro 90’s-themed dance party.

The final party of the evening took place at Brooklyn Bowl Las Vegas. An encore performance by San Holo closed out the first day of LIB.

Life is Beautiful’s Twitch channel brought joy to everyone who wanted to be there but couldn’t. The live stream continued throughout the entire three-day event.

On day 2 of the festival, Saturday, The Hollywood Times took a breather to sit down and talk with up-and-comer Anabel Englund, who told us that it was her first time at Life is Beautiful.

“When I’m DJ-ing I’ll just close my eyes and start feeling the music,” said the musician. “Or when I’m singing, I’ll just remember what I wrote the song about. And it’s almost like a meditative state because I just bring myself back to what I’m doing right there in the moment.”

Indeed, between meditation and music, she personifies the festival.

Englund performed at the festival as well, treating the audience to a hint of why she is known as “the next big thing.”

By the time day three rolled around on Sunday, the festival had both escalated and de-escalated, to a degree. Young Thug took the stage late Sunday and was visibly upset when producers cut his mic to keep on schedule. FreakFam/Twitch fans rocked the party at the @BACARDIUSA art walk with surprise guest LP Giobbi. We could hardly keep up with the action.

And that’s part of the beauty of a festival of this size. It holds all sorts of unpredictabilities, all sorts of bends in the road. The type that shows up in a beautiful life. 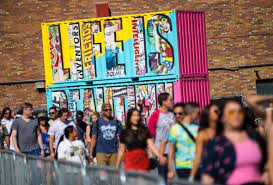 Our comprehensive coverage of the festival continues on our social media sites, with media uploaded to Instagram @thehollywood.times, and on Twitter @hwoodtimes. 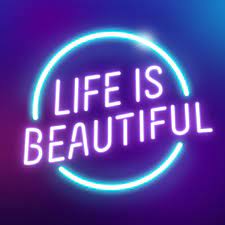 Between the two events, Las Vegas festivals appear to be back. And we hope they’re here for good.