Governor David Ige signed the bill into law today. It had previously passed the Legislature unanimously.

“I am part of a generation of music creators who defined American culture and made our country the music leader it has been for decades,” said Sam Moore, Rock and Roll Hall of Fame and Grammy Lifetime Achievement Award recipient. “Those creators – those legends – deserve to be recognized and not to have their identities and hard work invaded, misappropriated, or stolen, and the fans who have been loyal and supportive all these years should never be deceived by fakes and phonies.”

“This legislation will help stop ‘fake groups’ from using our own hard-earned name to take work away from us,” said Mary Wilson, a founding member of The Supremes. “We worked to earn our legacies – our name – and we earn our living by touring. We can’t afford to lose gigs to bogus groups, and music fans shouldn’t be misled into paying for fakes. Thank you to Governor Ige, Speaker Saiki, Senate President Kouchi, and Senate Majority Leader English for enacting this important law.”

For decades, imposters have been performing under the name and likeness of legacy recording groups despite having no connection or legal rights to the original band or artists. HB 1678, Hawaii’s Truth in Music Advertising Act, would correct this by prohibiting advertising or conducting a live musical performance or production in the state through the use of a false, deceptive or misleading affiliation, connection, or association between a performing group and a recording group. In addition, it authorizes the Attorney General and parties with a claim to take civil action. 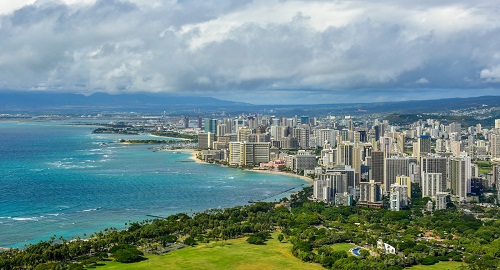 Similar legislation has been enacted in 34 states to date.

The first 20-plus years of Sam Moore’s sensational career began by lending his unmistakable lead vocals to soul duo Sam & Dave. The 1967 smash hit “Soul Man,” catapulted the duo’s career up the Pop and R&B Charts, selling more than 10 million records worldwide and ultimately an induction into the Rock & Roll Hall of Fame. Moore also scored critical acclaim and numerous awards as a solo artist for more than 35 years, performing at some of the world’s most iconic and notable venues, including Carnegie Hall, Lincoln Center, The Hollywood Bowl, The Ryman Auditorium, The Grand Ole Opry, Royal Albert Hall, Nippon Budokan, The John F. Kennedy Center, The White House, Lincoln Memorial, and Washington Monument. Moore has recently joined Florida International University (FIU) as an Artist in Residence for their Center of Humanities to build a program around the artist histories that shaped our culture through music.