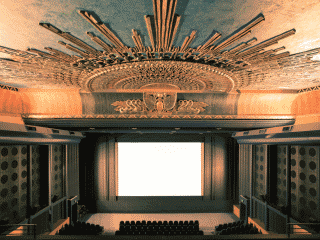 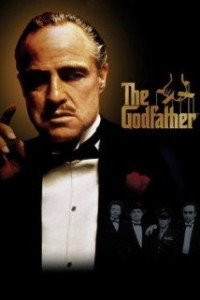 The glorious gun and cannoli quote from THE GODFATHER (1972) is one of the ultra dark film’s few funny lines.  Nevertheless, it perfectly expresses the two elements of the Sicilian Mafia’s conception of “family” running throughout the entire GODFATHER trilogy.

This reporter was blessed to see unedited versions of GODFATHER I and II as a six-hour double feature at the Egyptian Theatre in Hollywood on the evening of Sunday, September 15th, 2019.  It was impossible not to notice director Francis Ford Coppola’s artful intercutting of peaceful family celebrations and warlike Family catastrophes.

In the very first scene in the first film, “Godfather” Vito Corleone (played unforgettably by Marlon Brando) is granting many requests for murders of sworn enemies made by more or less loyal associates on the day of his daughter’s wedding per time-honored Sicilian tradition.  At this time, our Godfather identifies himself in so many words as an alternative to the American judicial system with its universally revered rule of law that these Italian immigrants came to the United States at great personal cost to experience–yet did not.

The lengthy Italian wedding scene features a cast of dozens or hundreds if not exactly thousands dressed in the period garb of 1945 New York.  It vividly introduces viewers to all of Don Corleone’s four children: bride Constanzia. or Connie (Talia Shire), Fredo or Freddie (John Cazale), Santino or Sonny (James Caan), and of course Michael or Mikey (Al Pacino), who will soon reluctantly take over as head of the family AND the Family when his father dies.  Also present at Connie’s wedding are Michael’s WASPy lady love Kay Adams (Diane Keaton) and Family lawyer Tom Hagen (Robert Duvall), the Don’s surrogate son despite having no Italian heritage.

It is worth interjecting that nearly all of these excellent actors were launched to stardom following the GODFATHER films’ enormous global success.  THE GODFATHER netted an astounding $26 million in box office receipts during its first 26 days of circulation and nearly $250 million worldwide against a production budget of $6 million–figures that might have made even the Don himself proud.

The Paramount film went on to win Oscars for Best Picture, Best Actor in a Leading Role (Marlon Brando), and Best Writing, Screenplay Based on Material from Another Medium that was shared by Francis Ford Coppola and author Mario Puzo.  These wins came in the context of 11 Oscar nominations. 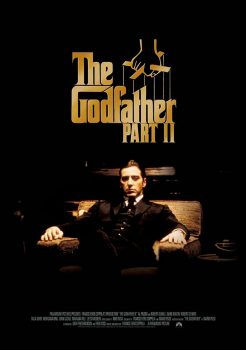 Incredibly, GODFATHER II (1974) also received 11 Oscar nods and also nabbed Best Picture and Best Screenplay honors.  It was the first sequel ever to win the Best Picture prize and is sometimes considered to be superior to the original GODFATHER film.

And high art all three of the GODFATHER films certainly are!  As but one example, the baptism scene at the end of THE GODFATHER combines the intense passion of family love and Family violence in controversial ways.

Michael Corleone agrees to serve as godfather to sister Connie’s new baby as an alibi for several acts of violence he instigates as Godfather.  The contrast generally seems quite ironic to Americans accustomed to due process with judges and jury peers.

When the Catholic priest presiding at the baby’s elaborate baptism asks Michael if he renounces the evil deeds of Satan so he can serve as his godson’s spiritual adviser, Michael says, “I do renounce” with a completely impassive face as parallel scenes of the brutal assassinations he has just ordered play out.  At the film’s end, Michael baldly lies about his criminal activities to wife Kay, perhaps meant to represent the conscience of the outside world, and literally shuts the door on her troubled face.

Kay is in fact Michael’s second wife.  When Michael is sent to Sicily about halfway through THE GODFATHER to hide out after performing his first hit for the Family, he is struck by the proverbial “thunderbolt” when he spies a beautiful young village girl named Apollonia Vitelli (Simonetta Stefanelli) and soon marries her.

Apollonia is tragically killed when the car she starts up explodes in a fiery inferno meant for Michael after his enemies back home in the US discover where he is.  Even so, this brief marriage symbolizes Michael’s metaphorical return to Sicily and the ways of his father.

GODFATHER II moves us towards both the past and the future, giving the back story on Vito Corleone as well as the continuing story on Michael, Kay, Fredo, Connie and her husband Carlo Rizzi (Gianni Russo), and all of their children.  (Poor hot-headed Sonny was murdered by machine gun in THE GODFATHER during a well-known scene of extremely graphic violence.)

The long arm of the American law finally catches up with Michael and the Corleone Family in the form of a Senate hearing.  This hearing strains Michael and his American wife Kay’s marriage to the point of divorce most symbolically.

An additional Oscar-nominated performance is given by veteran actor Lee Strasberg playing a wealthy Jewish businessman named Hyman Roth who follows partner Michael to Miami and Havana in pursuit of expanded but illicit international ventures.  On account of this, Hyman is ultimately denied asylum in Israel and several other nations.  (Go back to the United States–they don’t have gun control!)

Michael ruthlessly decides to have Hyman eliminated at the airport when he is forced to return the US despite the old man’s failing health and also orders a hit on older brother Fredo.  The chilling final scene of the film shows the new Godfather sitting all alone.

As can easily be surmised, no one would ever want to be on the wrong side of the Corleone Family, and the GODFATHER films are not at all happy.  Indeed, they completely demythologize the Mafia.  Yet Coppola’s masterpieces continue to fascinate viewers with their unique blend of great ugliness and great beauty and have garnered the highest viewer ratings on IMDb.

These observations should be considered notes towards a more exhaustive analysis of the GODFATHER trilogy that this reporter plans to write when THE GODFATHER has its sure to be widely celebrated 50th anniversary in the year 2022.  The research phase has already begun! 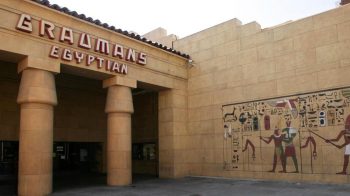