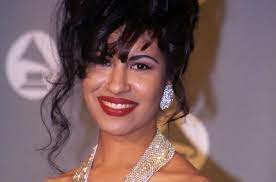 On Thursday, a Los Angeles District Court judge ruled that Moctesuma Esparza, the producer of the Selena movie, has the legal basis for a case against the father and sister of the late Tejano superstar Selena Quintanilla.

In Moctesuma Esparza vs Netflix, Inc., a Delaware Corporation, et al. the plaintiff producer alleged that Selena’s family violated a contract with him by licensing her life rights to Netflix. In 2020, Netflix released Selena: The Series, which looked at the singer’s youth.

The basis of the claim dates back 26 years, when Esparza alleged that he and Selena’s father established a joint venture that would own the movie and television rights to Selena’s life stories. Less than two years later, Warner Brothers signed a deal with that joint venture and made the film starring Jennifer Lopez.

Adriana González, a Florida lawyer, says that this is all about what was in the contract:

“If there was a valid contractual relationship in which the rights to Selena’s life story were indeed granted by the Quintanilla family to Mr. Esparza, the court is going to have a lot to say about any deal that was reached outside this agreement and excluded one of the parties to the initial contract. But the court is also going to continue to look closely at the nature of that agreement to ensure that it was legally-binding and fair to Selena’s family.”

The most important claim here – and the one that survived last week’s ruling – is indeed a contract claim. In allowing the contract claim to move forward against the Quintanilla family for fraudulent concealment and negligent misrepresentation involving “Selena: The Series,” Judge Maurice A. Leiter wrote that Selena’s family “suppressed the existence of the Netflix series. This is sufficient to establish a prima facie case of fraudulent concealment.”

The key differences in the legal positions between the parties are also centered on contractual issues While the Quintanilla family argues that there was an amendment to the original contract that allowed the family to again own the life rights to Selena’s story, Esparza argued that rights to the story remind with the joint venture until the copyright eventually expires on the Warner Brothers movie.

What is also interesting here from a legal perspective is what both Warner Brothers and Netflix knew and when they did. From reading the case, there is an unsolved question as to whether Warner Brothers consented to any of this and whether they have received any compensation to date for the Netflix series.

No matter what the ultimate result of this ongoing battle is, the court as well as the court of public opinion should look at the notion of fairness in situations such as this. A recent CBS News report on this case suggested that Selena’s father says that after his daughter’s death, he was “very distraught” and “never sought out Esparza or his help, but he relentlessly pursued me, despite the fact I was in a deep state of mourning.” The deal was signed between Selena’s family and Mr. Esparza only months after Selena was murdered. If there is a valid legal argument to be made that the original contract was unfair, this is something the court would consider if it is brought into evidence.

Aron Solomon, JD, is the Head of Strategy and Chief Legal Analyst for Esquire Digital. He has taught entrepreneurship at McGill University and the University of Pennsylvania, and was elected to Fastcase 50, recognizing the top 50 legal innovators in the world. Aron has been featured in CBS News, TechCrunch, The Hill, BuzzFeed, Fortune, Venture Beat, The Independent, Yahoo!, ABA Journal, Law.com, The Boston Globe, and many other leading publications.