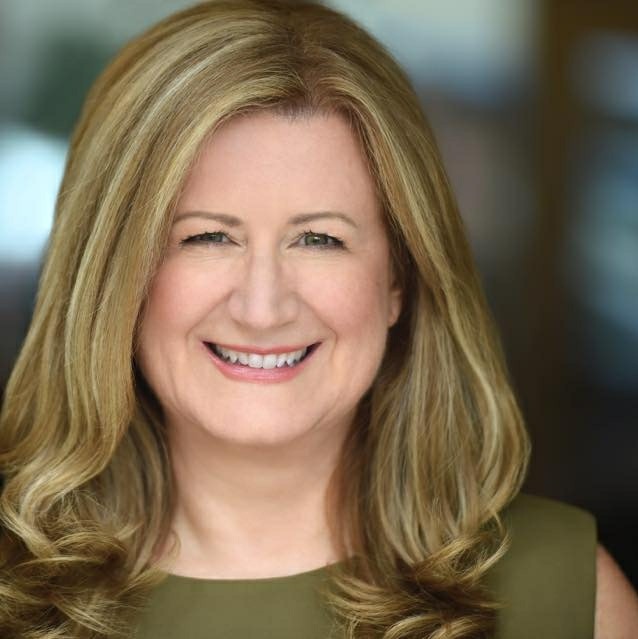 What intrigues you about acting? Do you have a favorite role?

I do have a favorite role actually. I played Sheila in the 1960s play by John Nichols – A Day in the Death of Joe Egg. It’s about a couple who use really dark disturbing humor to deal with their very brain-damaged child. It’s hilarious and it’s really disturbing all at once. Those are the kinds of roles I love to play and I guess that’s what I love most about acting, telling those kinds of really funny and also on some level deeply sad stories.

You were the Executive Producer of the feature film, “FLUIDITY, written and directed by Linda Yellen. Tell us about the film. Why did you decide to take on this project?

FLUIDITY was a great project. It was my very first Executive Producer role. Linda Yellen is a brilliant writer, director, and producer. I had the good fortune to have her direct my short film, The Spilling which was written by my friend and collaborator Gillien Goll who incidentally introduced me to Linda. At the time Linda was working on FLUIDITY, a passion project that she also wrote. Fluidity is about 10 Millennials whose lives are intersecting through their technology, social media, and their sexuality. It’s been described as a ruthlessly candid look at millennials. When Linda invited me to come on board as an Executive Producer I jumped at the chance. We worked closely together for months. Linda is masterful so I learned a tremendous amount. It culminates in, well, I don’t want to give anything away but it comes together in a really interesting kind of explosive way so if you have a chance to watch it on Showtime I think you’ll enjoy it.

What is your favorite genre?

I can’t say I favor one genre over another. Good stories are good stories. I lean towards comedy these days because I feel like we all need a laugh right now. I’ve just wrapped up a web series that’s comedic and very physical. I like stories that are intense and multifaceted so that you can see them differently, so maybe if you watch them again – you see something that you didn’t see the first time. I like stories that unfold and engage and have some humor and some grit. I’m from a large rambunctious family so “roughhousing’ as my Mother called it was a big part of my childhood. I’m sure that’s why I love physical comedy so much.

Your recent project, “Scratch This” has won First Place for Best Comedy at the New York Women in Film & Television and Go Indie TV. Tell us about the inspiration for “Scratch This.” Why do you think it is resonating with people?

SCRATCH THIS was born of a collaboration between Jessica (Alexandra Green) and I. We were wrapping post-production on another project and feeling sad not to be working with each other. A comedy short film competition invitation came across my email and I read it to her and we both said, “Yes! Let’s do it!” We had like two weeks to pull it together! It had to be under 5 minutes and it had to start with a specific opening line, “I’ll take whatever you’ve got” We shot this little ditty in one day in and around my home in Croton on Hudson with a tiny crew of mostly friends. It ended up doing really well in festivals. That’s when we decided it needed to be a pilot for a web series. The characters took on a life of their own and we saw them in all these other stories. We had created a receptacle for them. We knew that we wanted every episode to start and end with the same shot, we knew that we wanted to have outrageous physical comedy between the three sisters. I love that they just cannot overcome their sibling rivalry no matter how much they love each other they just can’t do it so anything that happens ends up in total mayhem.

As for why it resonates, well, people tell us that it reminds them of their own families or their relationships with their siblings or other sibling sets in their families. One guy was telling us about his aunties whom he adores who couldn’t manage to get through a dinner without having some kind of a raucous fight and it would be hilarious to the other relatives. He said they would laugh because they were so ridiculous but that was just the way they related and I think that’s why it seems to resonate. Everyone tells us it reminds them of something in their own life.

What did you enjoy most about the project?

The chemistry between the three of us sisters. It’s a really magical energy. We just have so much fun being totally awful. It’s so easy to slip into these characters. A lot of the story came from us riffing, improving with each other, we just seem to fall in very quickly. Jessica (Alexandra Green) and Jessica (Sherr) have been a blast to work with and our fourth of course is Writer/Director Jody Lauren Miller. We had a lot of fun making it and then screening it in festivals.

Tell us about your exciting project, “Last Resort,” written by Dorothy Marcic and directed by Allen Newman.

The working title for LAST RESORT was REFORM SCHOOL and it’s based on Dorothy’s daughter who co-wrote the show with Dorothy. It is about her daughter’s experience in reform school and then later as a teacher in the same school. A lot of these girls in reform school, for them, it truly is a last resort. They’re girls that come from wealthy families, the schools are very expensive, the girls are out of control, one step away from prison and the parents don’t know what else to do with them. It’s sort of like “Orange is the New Black” meets “Facts of Life”. It’s comedic but it’s also deeply disturbing. I play the woman who owns and runs the school. She just has no ethics at all so that’s fun to play. The administrators are highly dysfunctional. Dorothy is a wonderful writer and a great partner in production. We were all set to shoot and two days out our Director got called back to London on a big project he was in the middle of – so we had one of those, “What do we do now?” calls and decided to look for another Director rather than cancel the shoot. Dorothy had a mutual friend who was connected to Allen and incredibly he was available and said yes. He’s amazing. He jumped right in, understood what we wanted and took it to another level with his expertise.

Is there synergy between your films?

I think there are some common threads. I tell disturbing stories about flawed humans in dysfunctional situations and relationships often through a comedic lens.

It’s such a strange time. I feel like we are all in incubation for whatever is next. So I’m incubating! Like a lot of actors, I have a self-tape set up in my home and have been able to stay connected and audition through self-tapes. I’m working on getting the next three episodes of SCRATCH THIS and the pilot for LAST RESORT through post-production. We are very nearly there which is so exciting.

I’ve been cast in an Indy Feature called DANNI written by Jeana Reilly. It’s based on a successful short of the same name. It’s a beautifully written meditation on a woman in an abusive relationship who can’t seem to leave it behind – it’s an addiction and I think that’s something that’s not really explored a lot. You see a lot of stuff about abuse in relationships but DANNI is unique in addressing that powerful element of the addiction to the intensity, the drama of the relationship.

I have another fun project in pre-production called FROM VENUS WITH LOVE which is a light-hearted look at the seeds of the women’s movement in the late 60’s. It’s about a cult leader who claims she’s from Venus. I play the mother of one of the girls who has fallen into this cult. My best friend is a private detective and I engage her to track down my daughter and get her out of this cult. We have an incredible team for this project. It will be produced by THE CENTAUR STAGE which is a non-profit founded by Venus writer Gillien Goll. I recently joined the board of THE CENTAUR STAGE, this will be our first short film.   www.fromvenuswithlovefilm.com

I’m also working with some fellow creatives making and delivering cloth masks to facilities in and around the Hudson Valley. The need is great and it is very rewarding to be able to help in some small way. Check us out at:  www.sewmaskshv.org