Los Angeles, CA (The Hollywood Times) 11/27/21 – Laemmle Theatre in Glendale is screening the film, Lady Buds, a documentary film by Chris J. Russo about how six women came out of the shadows of the cannabis underground to enter the newly legal market. With deep-pocketed corporations taking over the industry, these trailblazers risk everything to make their American Dream come true in the very market they helped create. The voters in California passed the Adult Use of Marijuana Act, or Proposition 64, on November 8, 2016. It established sales and cultivation taxes and legalized the sale, possession, growing, and consumption of cannabis for adults 21 and older for non-medical purposes. Lady Buds is a character-driven story that follows six courageous women who transitioned from the illicit market to the newly regulated market in the California cannabis industry. But the new legislation, with regulations that favor deep pockets and corporations, has replaced their initial optimism with uncertainty and fear.

The diverse voices in Lady Buds include: Latinx cannabis activist Felicia Carbajal, 70-year African-American retired Catholic school principal Sue Taylor, New York to Humboldt transplant Karyn Wagner, second-generation cannabis farmer Chiah Rodriques, and OG elders The Bud Sisters. They touch upon the history and rich narratives that make up the cannabis community – from the LGBT activists who fought for legalizing medical marijuana, to advocacy to educate seniors about the medicinal benefits of cannabis, to the fight for social justice for those affected by the War on Drugs, and to raising children living on a cannabis farm –  these women’s stories and mission challenge stereotypes to reveal that cannabis is much more than a plant, it’s a world of compassion. 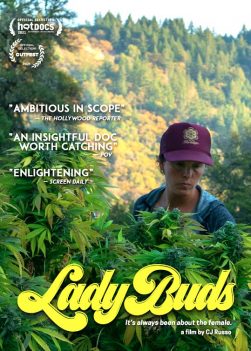 Chris J. Russo’s award-winning short films have screened all over the world, including the Sundance Film Festival, broadcast on Showtime, PBS, IFC, LOGO, and NETFLIX. She is a 2018 fellow of the Sundance Institute/WIF Financing Intensive with her documentary, Lady Buds, and is also a fellow of Film Independent’s Director and Screenwriters Labs, with her project, Directed By Dorothy Arzner. Some notable short film credits include, A Woman Reported, about the moments before a hate crime occurs; Size ‘em Up, a coming-of-age story; and Straight Down The Aisle: Confessions of Lesbian Bridesmaids, winner of Outfest’s Best Short Documentary Award for its view on marriage non-equality (pre-Prop 8).

As a second-generation cannabis farmer, Chiah Rodriques co-founded a Mendocino County farm alliance that fights to maintain stability for her community and the values she grew up with. With the price of weed dropping, and while taking a leap of faith into the unknown, Chiah must find a balance between farming, working multiple jobs, and parenting her two sons amidst the harsh financial pressures of legalization. 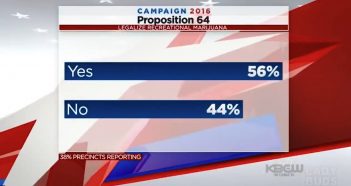 Sue Taylor is a 71-year-old retired Catholic school principal whose mission is to open the first cannabis dispensary for seniors that would offer alternatives to pharmaceuticals. As an African-American businesswoman in a white and male-dominated industry, Sue pushes forward despite financial concerns, repeated delays, and the frustrations of dealing with local bureaucracy.

Felicia Carbajal has been an activist in the Latinx, LGBTQ, and cannabis communities for decades since she was first involved in providing cannabis to Bay Area AIDS patients in the 1990’s. Determined to help bring social and restorative justice to those affected by the War on Drugs, Felicia holds new cannabis industry players and policymakers accountable in Los Angeles and throughout the industry.

Former New York restauranteur and serial entrepreneur, Karyn Wagner put down roots in Humboldt twenty-three years ago with her high-school sweetheart, a master cannabis grower. Bringing city and business smarts to a small farming community, her goal is to help cultivators survive legalization by marketing the most recognized brand in cannabis: Humboldt weed.

And then there are the Buds Sisters: Pearl Moon and Dr. Joyce Centofani. As OG cannabis pioneers, Emerald Cup Judges, and best friends, the Bud Sisters have seen it all. Rich with colorful anecdotes about operating in the underground market, Pearl and Dr. Joyce’s enthusiasm for cannabis brings levity to the film while shedding light on the more serious implications legalization has on the older and smaller farmers who have lived in the Humboldt hills for decades.

Lady Buds screened at Outfest 2021 at the Directors Guild of America on Sunset Boulevard.