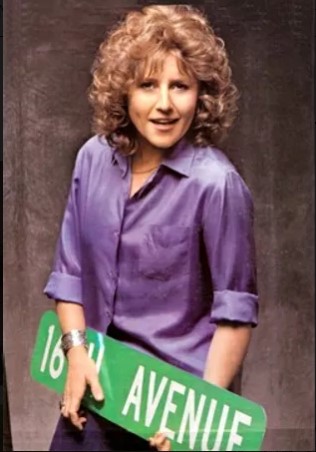 Los Angeles, CA (The Hollywood Times) 09/11/2022 – “16th Avenue is widely considered to be my signature song, and I’m so honored and humbled to be the person who got to sing this great song all over the world – and people loved it!” Lacy J. Dalton told the Hollywood Times.

With the lyrics of ” So God bless the boys who make the noise on 16th Avenue,” musical dreamers from around the world realized the significance of Nashville’s Music Row and how that’s where dreams could come true. Although things are different today, Lacy J. Dalton’s “16th Avenue” continues to offer hope to every songwriter or entertainer who has a dream, of being heard and a place to go to chase it! 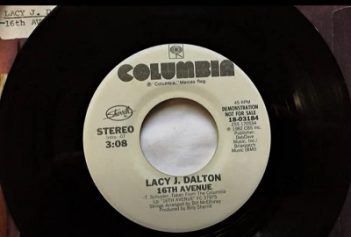 I sure remember hearing that song for the first time on the radio when I was 20 years old and couldn’t wait to buy the 45 for it, yes a 45!  It was a special song, since I had visited 16th Avenue in Nashville a few times as a fan of country music.  That was were the music and dreams were made and sometimes not. 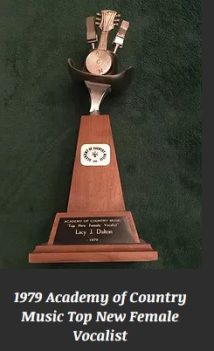 The photo here, is the one Lacy J. Dalton won for Top New Female Vocalist in 1979 from the Academy of Country Music at the Goodtime Theater at Knott’s Berry Farm.  I started going to those awards show in 1977 and was in the audience when she won the award.  Pretty awesome to be talking with her some 45 years later, WOW!

It sure was fun catching up with Lacy J. Dalton to talk about that song and how the song is celebrating it’s 40th anniversary on Sunday, September 11th.

So pull out those earbuds/headphones, grab a beverage of choice and enjoy our conversation.

We also talked about her recording with Willie Nelson on Willie’s “Half Nelson” album.  Lacy J. Dalton is the only female vocalist featured on the album, which reached Billboard’s Top 10 position. Dalton recently received a Platinum award for the album on which she recorded her duet with Nelson, “Slow Movin’ Outlaw,” a classic Texas outlaw ballad. The album contains duets performed by Nelson along with other legendary artists and resulted in multiple hits including “Pancho and Lefty” with Merle Haggard, “Seven Spanish Angels” with Ray Charles, “To All The Girls I’ve Loved Before” with Julio Iglesias, as well as duets with George Jones, Hank Williams, Leon Russell and more. Dalton is honored to be recognized for her outstanding participation on the ‘Half Nelson’ album! 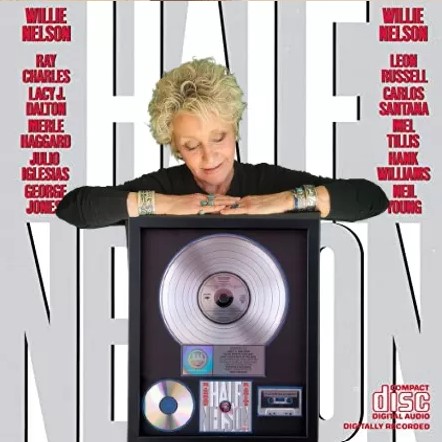 “To be the only woman in the company of such greats as Ray Charles, Carlos Santana, Neil Young, and Willie himself was a high point for me and an important milestone in my career, and I believe for women in country music in general,” shares Dalton.

Lacy J. Dalton continues to celebrate the 40th anniversary of her million air-play song, “Everybody Makes Mistakes,” having recently released an acoustic video of the 1981 hit single. From her album “Takin’ It Easy”, the song reached number 5 on the Billboard Hot Country Singles & Tracks chart. The emotional tune was co-written by Dalton and producer Billy Sherrill and has remained a fan favorite over the years, and is reputedly the most played song of hers in the USA. Dalton channeled the heartfelt sentiments that we all face throughout life when it comes to all decisions, good or bad. The acoustic version of “Everybody Makes Mistakes” was premiered by Country Rebel.

First hitting the Country Top-20 in 1979 with “Crazy Blue Eyes,” Dalton was one of the most successful female vocalists of the format during the 80s with the CMA-nominated anthem “16th Avenue,” as well as million air-play hits like “Takin’ It Easy,” “Everybody Makes Mistakes,” “Hillbilly Girl With The Blues,” and “Black Coffee.” During her career, she has collaborated with such Country Music Hall of Fame members as Bobby Bare, Glen Campbell, Willie Nelson, and George Jones. She toured for long periods of time with outlaws like Willie Nelson, Merle Haggard, and Hank Williams Jr. at a time when it was very unusual for a woman to do so. 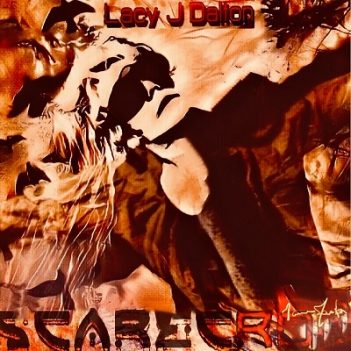 Her most recent recorded work is the four-song EP ‘Scarecrow’ which is now available on all streaming music sites. Dalton is a 2017 inductee of the North American Country Music Association International Hall of Fame. 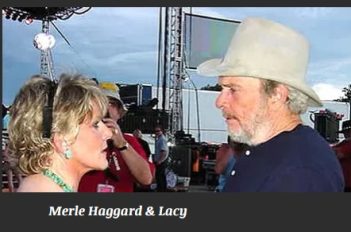