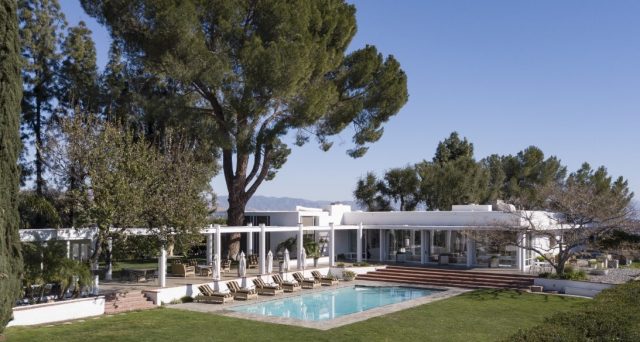 Southern California’s star-studded home, Farralone, was built for Chase Bank heiress-and-socialite Dora Hutchinson.  It was a longtime home for Frank Sinatra and, according to legend, was the site of JFK’s affair with Marilyn Monroe.  It has been a film site for many films and television shows including Mad Men, Californication and Dreamgirls.  Recently restored, updated and renamed “Byrdview,” it is for sale at $21.5 million.