Los Angeles, CA (The Hollywood Times) 11/24/12 – Recently playing at the Laemmle Royal in West L.A. has been Robert B. Weide and Don Argott’s biographical documentary Kurt Vonnegut: Unstuck in Time (2021). It is a long meandering film about a well-known writer of fiction in late 20th century American letters. The film seems aimed at people who love Vonnegut’s books, but people who love Vonnegut’s books have already read about the key points of his biography. Vonnegut’s writing laughs at our place in the stars by seeing it through the pinhole of personal experience, and his readers can’t have their minds blown by the cosmic adventures of characters like Billy Pilgrim and Kilgore Trout without learning about the author’s most formative experiences along the way. We are provided with plenty of background information on how Slaughterhouse-Five, first published in 1969, came to be written based on Vonnegut’s own personal experience as a U.S. prisoner of war in Dresden, Germany, during the firebombing of the city by the Allies. The film is filled with plenty of footage of Vonnegut’s wit but there is little real insight into the books that Vonnegut wrote.

Robert B. Weide is the Emmy-winning director of the television series Curb Your Enthusiasm and he became a personal friend and sometimes confidant of Kurt Vonnegut. As a far back as 1982, Weide had envisioned a film about Vonnegut but kept postponing a real attempt to undertake a complete documentary process. Vonnegut’s writing is a clearer and more enduring testament to the man than anyone else could ever hope to make, and yet the man became so special to Weide that he still felt compelled to try. “This was going to be a conventional author documentary,” Weide narrates during the opening minutes of his final cut, “but when you take almost 40 years to make a film, you owe some kind of explanation.” While it’s unclear if Weide feels like that explanation is owed to his subject, his audience, or both, Unstuck in Time is at its best during the occasional stretches in which it candidly unpacks its own creation – in large part because of how those Vonnegut-like stretches tacitly concede to the failings of the film around them. 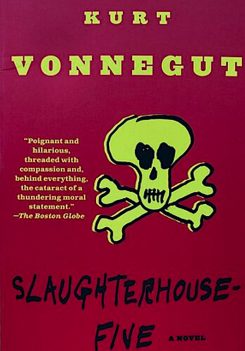 Kurt Vonnegut: Unstuck in Time ends up being a rather conventional documentary. It is an affectionate but oddly generic portrait of Kurt Vonnegut. We hear about Vonnegut’s relatively happy childhood in Indiana where he grew up, the personalities of his father and mother, his older brother and older sister. We learn about his time in the U.S. military during World War II when he was captured by the Germans during the Battle of the Bulge and transported to a prisoner-of-war facility in Dresden – and worked in a building that used to be a slaughterhouse for pigs. We hear about the firebombing of Dresden, which Vonnegut survived and how it ingrained in him the senselessness of war. After the war he was lucky enough to marry the wonderfully supportive woman named Jane who would push him to become the writer we all know. This history lesson is spackled together with a mix of cogently arranged archival footage, talking head interviews with family and friends, and Vonnegut’s written reflections on his own life – read here by Sam Waterston, whose soft voice speaks to the spirit of this documentary better than it does Vonnegut’s mustardy “so it goes” smirk. 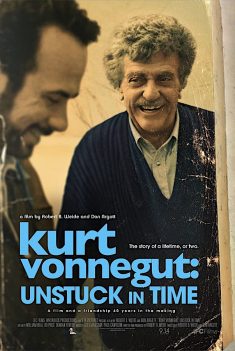 Later Vonnegut followed his older brother to General Electric, or how his experience as a publicist for the giant conglomerate directly inspired his first novel. On a similar tip, there’s something powerfully succinct about the section detailing how Vonnegut adopted his nephews after their parents died in quick succession, which ends with those now-grown kids reflecting on how their surrogate father was kind enough so long as he wasn’t in one of his moods or interrupted at work. The notion of extended families emerges as a theme here, particularly as Weide seems to adopt Vonnegut as a surrogate father of his own. That seems to answer the most probing question of the author’s fiction – what are people for? But the nuances are easily lost amid the ups and downs of Vonnegut’s career. 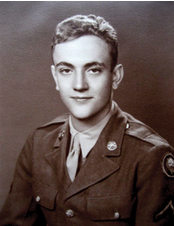 Weide avoids delving deeply into the personal life of Vonnegut. Unstuck in Time stays on the surface and avoids any deeper questions. There are many amusing moments in time pieced together from archival footage that Weide shot or that Vonnegut had made in his many appearances once he became famous. Ultimately, as a viewer, one gets overwhelmed by the sheer volume of the Vonnegut archive. I left feeling that I really knew little more about his books or the man than a superficial understanding of his work.