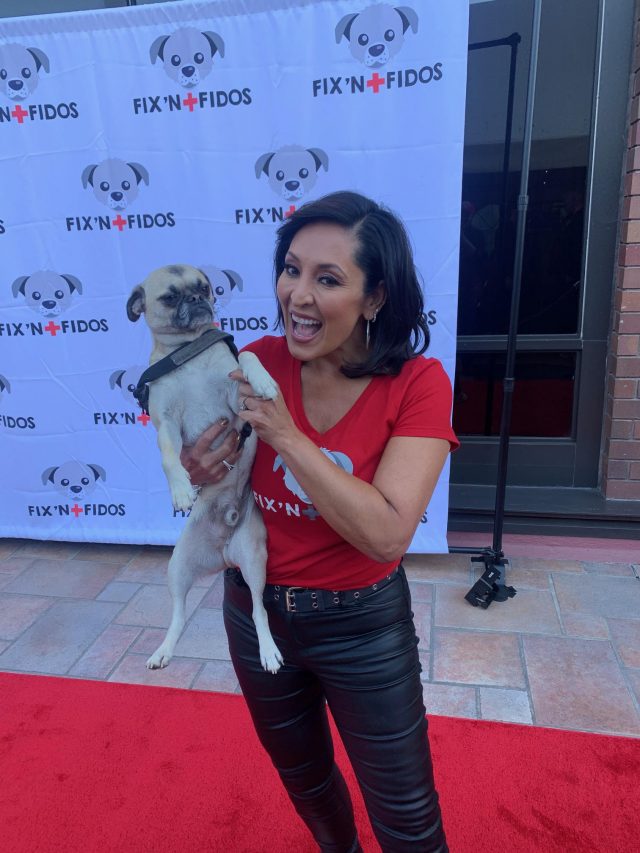 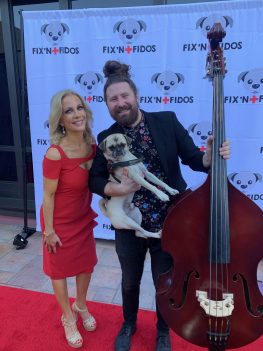 Los Angeles, CA (The Hollywood Times) 10/18/21 – Perhaps one of the most powerful moments of the Industry Hills Fix’n Fidos gala was the moment when one of KTLA5 anchors and charity founder Kacey Montoya’s childhood classmates from Texas stood up to give an endorsement of Kacey’s wonderful work. He was right. So many people talk, very few people do. Kacey’s mission-driven work since the opening of doors in 2017 speaks volumes about her character and her heart. 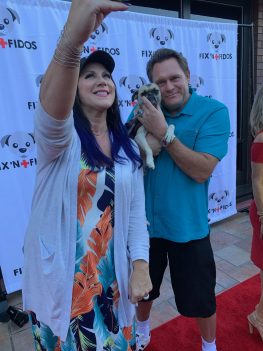 Founded by Montoya, her mission was to put a dent in Los Angeles’ pet population by providing financial assistance for spay and neuter costs to low-income SoCal residents. Fix’n Fidos is a 501(c)(3) nonprofit and all-volunteer organization started to help with small vet bills and routine vaccines so people would not have to surrender their pets to shelters for financial reasons during COVID. Since March 2020, the organization has spent more than $170,000 helping pets in Los Angeles. 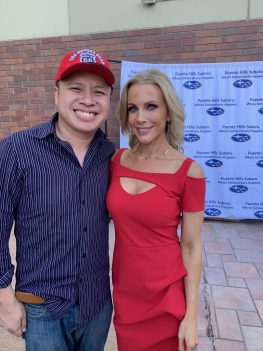 Kacey caught up with Hollywood Times and provided this statement, “I started this nonprofit in 2017 to do spay and neuter for low-income residents because I wanted to put a dent in the pet population. Our shelters are full, animals are killed for ‘space’ all the time. During the pandemic, people started reaching out saying I can’t buy food for my family, much less my pet. If I don’t get help, I’m going to have to relinquish them to my shelter. [Fix’n Fidos] started buying their food, help to pay their vet bills, anything we could to keep the dogs out of the shelters. That is our goal. Since March 2020, we have spent $175,000 doing just that. This is an all-volunteer organization and I do most of the work myself”. 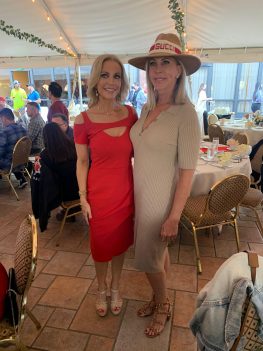 Most importantly, by having boots on the ground, Kacey was able to identify the sad reality that many low-income pet owners were sacrificing their own nutrition to care for their furry family members. She immediately stepped in to provide food and relief to low-income families that lost their source of income due to COVID pandemic shutdowns. 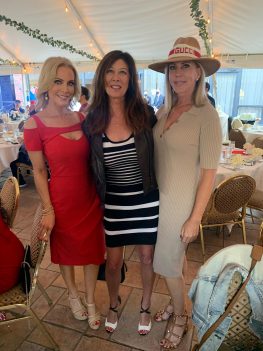 Yet, Kacey, donned in her signature red outfit, in line with Fix’n Fidos branding, greeted a slew of Hollywood celebrities. She told me she had been following Casey Abrams from American Idol for years on social media and reached out to him to perform. I caught up with Casey and he took some great pictures with my puggle, Pugsley. Before the program, he played a set with varied tunes on his big bass, displaying his versatility from Nirvana’s “Smells Like Teen Spirit” to Britney Spears’s “Baby One More Time”. I asked him if he would play “Butter” by BTS but he said he didn’t know it well. Maybe next time? 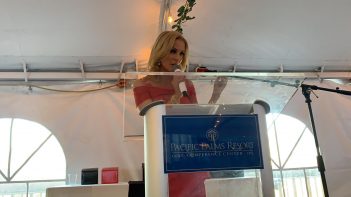 DJ Lisa Foxx of 104.3 MY FM was also part of the red carpet entrance and she chose to spend that time with Pugsley as she went live on the phone. “I’m so proud of Kacey and I’m sure this is the first annual of many to come,” said Lisa. Jessica Hall of Kendra and The Hills and Christian Kane from Leverage and The Librarians fame also appeared. 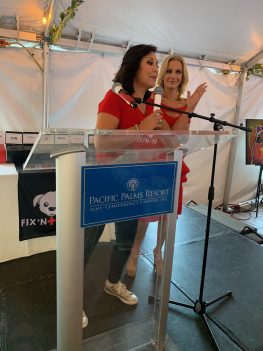 Danni Carter, a citizen journalist, who wears a bow because she didn’t grow hair until she was 3 years old, and one of the key volunteers said, “I’m here because I love dogs and I love breaking news and KTLA is my jam”. KTLA executive producer Marcus Smith said, “I’m proud of Kacey and what she does for animals and families who need it”.  Colleague, Lynette Romero said, “Kacey Montoya has poured her heart and soul and loved off all the fur she has trying to do this event and gave birth to this. It’s really a labor of love. Right, Pugsley, that’s why we are here?” 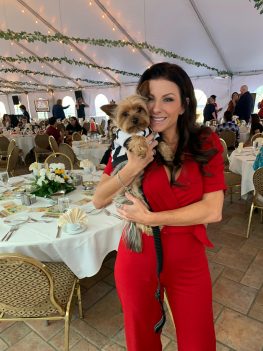 Sponsor James P. Axiotis of JPA Productions said he and his daughter Sophia got involved because of all the great work Kacey was doing and was inspired that a successful newscaster would do this for the community. He expects Fix’n Fidos to get bigger over the years.

Fix’n Fidos started with a dog parade at 7:30 am in the morning. Deborah Ramos, who entered her dog, Memphis, early in the morning, also attended the gala later in the afternoon.  Ramos raved about her great morning and Memphis seemed to agree. Sheriff Alex Villanueva and his wife Vivian were the judges and LASD K-9’s were there to support. Attendees also got a swag bag full of goodies. After the dog parade, there was golf and the big prize for a hole-in-one on three par three’s included a new car, $10,000, a year of Omaha steaks, and cash prizes. 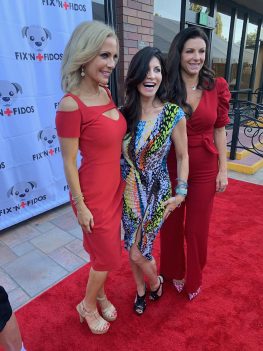 Sheriff Alex Villanueva and wife Vivian also served duties during the auction, as did many people including artist Erik-Jan Pliner, who raised thousands of dollars selling his artwork of Bob Marley, Tim McGraw, Marlon Brando, and Rosa Parks, one of the items that resulted in bidding wars.

At this auction, Sandra Truelove, president at RUFF Animal Rescue from Laguna Beach, drove up to Industry for the event, as one of the partners for Fix’n Fidos and major Kacey supporters. She did not hold back during the auction, winning the high bidder status on items like a multi-thousand dollar lunch with all the KTLA staff. All for a good cause, as that specific item, bid up to the 5,000 range and luckily KTLA accommodated two lunches for Sandra and her competitor. Before the auction, Sandra said, “I totally support the spay and neuter thing, and Kacey and I became good friends that way”. 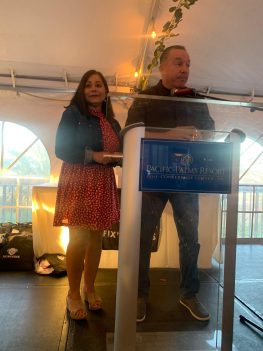 Sandra brought up another good friend, Vicki Gunvalson, of Real Housewives of Orange County fame. Vicki caught up with the Hollywood Times and sported her ring-less hand, in great spirits despite a very recent breakup with her ex-fiance and gubernatorial candidate Steve Lodge, a relationship of six years. Vicki had issued a press release to inform the public about the breakup and declined to comment further but Steve subsequently went to press to air out intimate details just a day before this event. Vicki has since, on her Instagram, brought to question the veracity of those statements. Despite the breakup, she was in a happy and jovial mood and was passionate about supporting the Fixn’ Fidos event with Sandra and fellow RHOC co-star Tamra Davis. 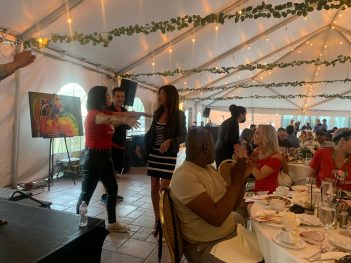 Despite all the celebrity fanfare, it is the true mission that shined through. What inspired Kacey was doing so many stories as a newscaster and seeing dogs killed because of the reason of space and it makes her sick and “breaks her heart” to see dogs in cages because their owners can’t afford to keep them. “Just because you’re low income, it doesn’t mean you can’t have a pet or love a pet”, she says. Kacey wants dogs out of the shelters, period. 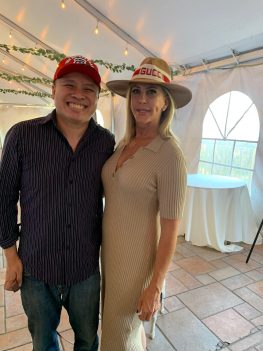 Fixnfidos.com is where you can find more info, especially if you’re a low-income family in need. Don’t let economic constraints ever stop you from giving and receiving one of the greatest gifts in life: to own a pet and to provide a loving home for a pet in need.