Los Angeles, California (The Hollywood Times) 4/17/2021 – Rob Margolies, Director/Writer/ Producer of Different Duck Productions whose many films have appeared on Netflix and are currently available for screening on every streaming platform, worldwide, is working with three powerhouse producers including Eve Austin, Jessica Carollo, and Alysha Wright.

He has just launched a campaign to Knockout MS & Obesity as it relates to his heart-wrenching drama, Bobcat Moretti, about an obese man with Multiple Sclerosis who takes up his late father’s sport of boxing to overcome immense personal tragedy and find inner peace. The film has an All-Star cast, Vivica A. Fox, Sally Kirkland, Taryn Manning, and Tim Realbuto. 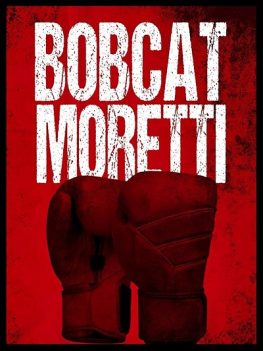 The writer and male lead, Tim Realbuto (his lead feature Yes is out on VOD everywhere), has a mission to create an inspirational narrative to accompany his real-life weight loss journey through boxing. We already have a team of doctors, trainers, and nutritionists assisting Tim with his weight loss goal, and have partnered with Broadway World Boxing Gym in Los Angeles.

Rob, why is your fundraiser for MS and Obesity so important to you?

This fundraiser is important because there hasn’t been another narrative film that has a protagonist suffering from Multiple Sclerosis (MS) and I would like to think that this movie can do for MS what My Left Foot did for Cerebral Palsy. The statistic is that 42% of Americans are obese and our lead actor, Tim Realbuto, will have lost over 100 pounds throughout the course of filming Bobcat Moretti. It goes to show that with hard work and determination anyone can lose weight and be healthy and that correlates to everything else in life, much like this fundraiser itself, it takes determination and persistence. 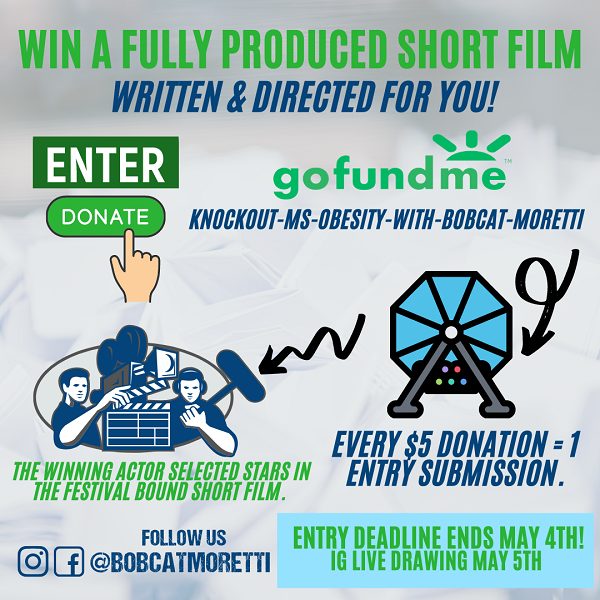 If you like to donate to Rob’s Go Fund Me campaign “Knockout MS/Obesity With Bobcat Moretti,” click HERE

We are planning for all the money to go towards publicity, marketing, advertising, and MS awareness. I’m fairly confident that this film will get picked up by a distributor who will want it to have a theatrical release. In the event we don’t get a deal we like, these funds will allow us to have a multiple city limited theatrical release.  Once the film is released and people are watching the film, I hope that everyone will see why I’m so passionately proud of this project and why I’m working so hard to bring awareness to it and what it represents.

Margolies is currently attached to several other feature films with all-star casts, including BURNING GIRL, THE INTIMACY COORDINATOR and THE HOME.