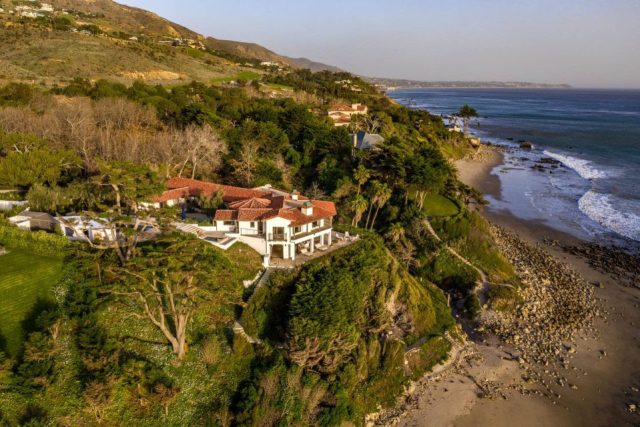 Reality superstar Kim Kardashian has had a busy year. Within the last twelve months, the socialite-cum-business mogul finalized her divorce to rapper Kanye West, got together with actor Pete Davidson and then broke up with him, officially became a billionaire, helped Afghanistan’s women’s soccer team escape the Taliban, and passed California’s “baby bar” law exam. In between running her mega-successful brands KKW Beauty and Skims and raising four children, Kardashian has also made some big moves in the real estate market. She has listed a Vincent Van Duysen-designed condo in Calabasas (featured on Keeping up With the Kardashians and formerly an office for her shapewear line, Skims) for sale for $3.5 million. She paid her ex-husband, Kanye, $23 million for his share of the sprawling Calabasas mansion where the couple had lived with their kids since 2014, and picked up an even more spectacular property, with big ocean views, in Malibu’s Encinal Bluffs for a cool $70.4 million.

Previously owned by supermodel Cindy Crawford, who still lives next door, the house was initially listed with Jade Mills of Coldwell Banker for $99 million. It is the highest-priced home sold in Malibu this year and the fourth highest in California.