LOS ANGELES (March 1, 2017) – For Women’s History Month, actor Kiernan Shipka (Mad Men, Feud) brings the story of an unheralded American hero to life in the newest Storyline Online®(storylineonline.net) video released today by the SAG-AFTRA Foundation. The SAG Award winning star of Mad Men and the upcoming TV series Feud on FX, Shipka reads the critically acclaimed children’s book The House That Jane Built written by Tanya Lee Stone, illustrated by Kathryn Brown and published by Henry Holt & Company, an imprint of Macmillan Publishers.The House That Jane Built (storylineonline.net/house-that-jane-built/) tells the true story of Jane Addams, an activist and social worker living in Chicago during the turn of the 20th century. Driven by her desire to help the destitute, Jane opened the community center Hull House in 1889. By 1907, Hull House had expanded into 13 buildings to accommodate & aid the less fortunate. In 1931, Addams became the first American woman to win the Nobel Peace Prize.The House That Jane Built beautifully showcases important values like generosity, open-mindedness and acceptance while detailing the story of an unsung, revolutionary American hero. “I’m so happy this book exists and I got to learn a little more about Jane,” Shipka shares with her audience. “She makes me want to be a better person.”Shipka concludes the video with a personal message about the joys of reading, “Reading is magical for so many reasons. It can bring you to amazing, magical places that are beyond your wildest dreams, but it can also give you amazing, valuable and inspiring information.”Kiernan Shipka is the latest actor in the expanding cast of Storyline Online® readers, which includes luminaries like Kevin Costner, Annette Bening, James Earl Jones and Rita Moreno. Storyline Online®features beloved performers reading cherished children’s books out loud alongside inventively animated, original illustrations. The site is available 24 hours a day at no cost to children, parents, and educators worldwide, and receives over 12 million views every month.“Kiernan is a gifted actor and storyteller, and cared deeply about sharing this book with a younger generation. She was a natural choice to join our program,” said Cyd Wilson, Executive Director of the SAG-AFTRA Foundation. “We are incredibly grateful for her support of Storyline Online and our efforts to advance children’s literacy.”The House That Jane Built comes with supplemental activity guides for both home and school that strengthen verbal, written and comprehension skills. Aimed at students in the 3rd-5th grades, these activities encourage students to engage in critical thinking and ponder the themes from the book including empathy, empowerment, education and ambition.To view The House That Jane Built and all of Storyline Online’s videos, visit storylineonline.net, and subscribe to youtube.com/storylineonline. Keep up with new videos to be released in 2017 by following @StorylineOnline on Twitter and /StorylineOnline on Facebook. 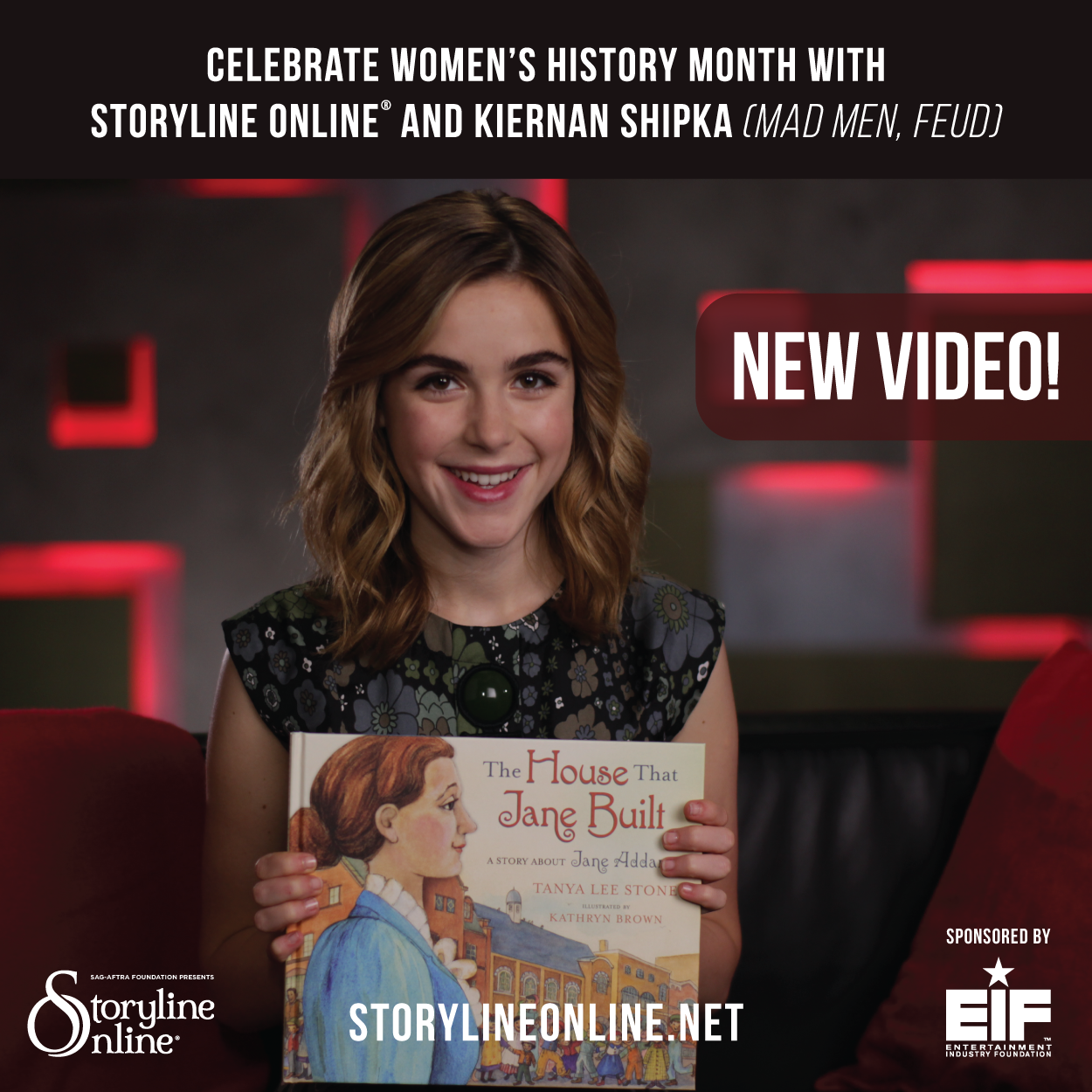