HOLLYWOOD, CA (The Hollywood Times) 04/14/2018 – The Who’s musical director – Frank Simes – says of his longtime friend and fellow musician, Drake “Munkihaid” Shining, “Not only is Drake one of the most impressive and highly skilled keyboardists I’ve ever worked with on stage as well as in the studio, he has a producer’s ear for nuance, details, and thematic thought.  Not to mention, he has an unstoppable sense of rhythm, groove, feel, color, and dynamics.  In addition, he has a soulful and rich voice as a singer.  He and I share a sense of the oblique strategy when it comes to music.”

Shining and Simes share a deep and abiding friendship since the 90’s where they met through a rotating roster of players – from Canned Heat, Oingo Boingo – David Lee Roth, Don Henley and Edgar Winter – in Drake’s local “All-Star” band aptly titled: Three Fat Guys and A Punk.

Drake says, “It was a great band that played everything and anything. Frank was an established composer and accomplished sideman so I was happy to work with him on other recording projects and today with his own band, Topcat when he’s not on tour with The Who.” 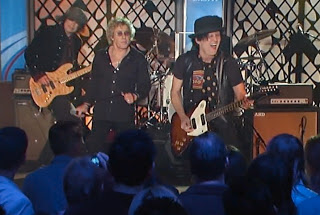 Drake hails from Northwest Pasadena – aka the ‘Hood – born to a working class family. His mother sang with local big bands in the 40’s and his sister was an operatic soprano. Shining would pick songs off of the television to play on the family piano which resulted in getting him lessons from ages four through 14.

It would be in high school that his first introduction to the world of rock ‘n’ roll came when his father brought home a used drum set and he formed a garage band with classmates. He was hooked to music in its purest form and the joy of playing together – taking up bass guitar for a bit – which he still plays when needed on an occasional gig.

He was tagged with his nickname while a childhood friend was comparing Drake to Koko the gorilla holding a kitten when he was in his late 20’s. His friend said, “This picture looks like you with your big ol’ monkee-hed!”

The 70’s to the early 80’s scene was a mecca to this naïve young keyboardist. He met Eddie Van Halen and David Lee Roth in music classes and got what he calls his first real gig with the re-formed Redd Ball Jett, Roth’s former band. Then spent a summer being mentored by Dan Wyman composer, film scorer (Assault on Precinct 13, The Fog, and Halloween.) contributor professor of electronic music and co-founder of the recording studio, Sound Arts. After joining several bands Drake branched out into other genre’s, New Wave, R&B, Funk, whatever paid but Shining’s first taste of the big time came when he stepped in for Deep Purple’s Jon Lord for eight shows.

The 80’s were littered with getting high and low-paid gigs so Shining did what many musicians without girlfriends or wives do – he retired from music for several years taking a series of day jobs. Until one day, he realized that his life was killing him. Unhappy, he decided to cash in and headed to England to play music. Shining bought a keyboard rig, a plane ticket and left. There he met some wonderful musicians and started working on a demo for them. It was the year he spent in Europe that he began honing his producer skills.

He returned home to assist his ailing parents and once again took side jobs to make ends meet while performing on the weekends with various bands. Shining played bass guitar with local Pasadena icons – Snotty Scotty and the Hankies and keyboards in his own band, Bean Pie. Bean Pie achieved a reputation as a great band – a regular at Old Towne Pub in Pasadena and the Roxbury in Hollywood – bringing several producers who, “promised the world” but failed to deliver.

It was during this time that his mother died in 1997. Drake went to visit her before a gig and could tell she was on her way out so he kissed her on the forehead. Momentarily she regained lucidity and admonished her son to “break a leg.” Those were her final words. He leaned on two of his best friends – Cheryl Campsmith, A.C.E. and later her husband, Fred Raimondi. Both are established professionals in film and television – she’s an editor and he’s a ground-breaking visual effects pioneer who was nominated for an Emmy in 2018. To this larger than life personality – family and friends have always been the heart and soul of Drake’s limitless talent as a musician. 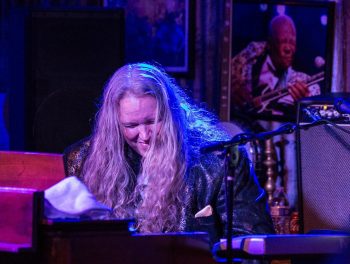 A natural at reading people came in handy when he was offered a short West Coast tour with legendary Etta James. He says, “She was very tough on her musicians, but we always seemed to get along. I figured out what to do to be most effective in an ensemble.” This led to an audition with another legendary great – Al Green. Coming from da ‘Hood… had an upside.

Shining walked into SIR (Studio Instrument Rentals) and the full band was there except the Reverend himself. He says, “We started in on a song when the door opened and in he walked with his signature big grin and he started singing along. What was supposed to be a three song audition turned into a six song concert with the Rev smiling at me off and on the entire time. I was so excited I threw myself into the moment – forgetting why I was there – not really caring and I cut my right index finger on the Hammond B3, leaving streaks of blood everywhere… I didn’t care. Afterwards, the Rev came up to me and took my hand in both of his, smiled and said, ‘You, sir, have the DEVIL in you.’” An ecstatic Drake floated home. He knew he got the gig and couldn’t wait for the next day. The call came. Al Green’s management said that while the Rev enjoyed Drake’s playing, the gig was given to someone else. He was seen as too flamboyant and a distraction. A hard lesson learned.

Now with his ailing father to care for Shining again went into musician’s hell – semi-retirement and took an Office Manager job for 8 years. His father died and later the company went bankrupt. He once again was faced with a decision – another survival job or to go after his life-long passion. Being off the radar for an extended period, he started over from scratch. Drake called in a few favors from manufacturers reps he knew throughout the years to gear up and let musicians he had played with know he was back… for good.

Then recommendations for an audition to sub for a keyboardist arose for an up-and-coming national touring Blues artist – Sugaray Rayford. He was familiar with Rayford’s show but had never seen the band play live. Showing up at the club for a cold audition – they played the show – while every keyboard player looking for a gig… watched. Sugaray says, “I put him through the ringer to see mentally, musically, what he would do!” Shining says, “He threw everything but the kitchen sink at me.” Two days later – he offered me the sub position.”

Within a few months the original keyboardist hadn’t returned. That was 3 ½ years ago and the Sugaray Rayford Band has been recording and playing live while traveling the States and the world!

He also works with other artists – the most recent is Blues guitar icon, Walter Trout. He has a long overdue album in the works and mentors upcoming artists when he can.

Sugaray says of Shining, “As far as Drake’s appeal, he is a smart, rational, crazy as hell adult! His insight has become invaluable to me and it’s nice to have an adult to talk to as we tour the world – but mostly I love his view on music and problems! He gives me a totally different perspective.”

Frank Simes circles back with, “Having worked with Drake on many projects since the early 90s, including commercials, song demos, records, scores, and cues, Drake is always my first call studio player.”

Drake “Munkihaid” Shining is a prime example of what Mick Jagger wrote: “Lose your dreams and you might lose your mind.” 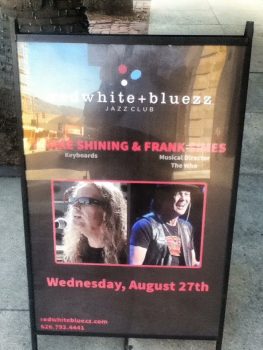