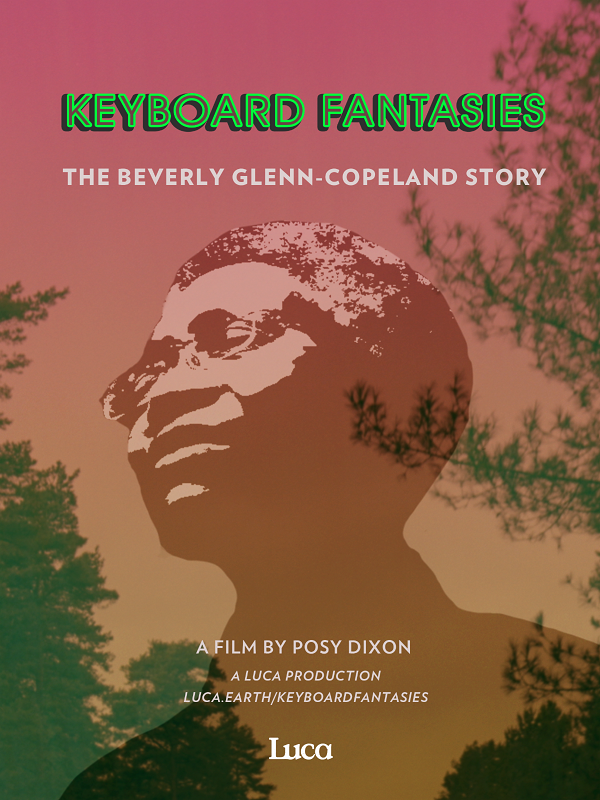 Los Angeles, California (The Hollywood Times) 09/23/2020- KEYBOARD FANTASIES: THE BEVERLY GLENN-COPELAND STORY, directed by Posy Dixon is the vibrant, moving, and timely documentary portrait of Glenn Copeland. Glenn was the early 70s, Black, trans musician and activist touring the world, inspiring youth, and performing his self-described ‘lullaby from space.’ He grew up in a Quaker community in Pennsylvania and he was the only black classical musical student to perform on children’s television for over two decades.

What started as a personal infatuation with a record spiraled into a debut feature. Tell us the backstory of Keyboard Fantasies: The Beverly Glenn-Copeland Story.

Posy Dixon: It all started with the record, I heard it, got a little obsessed and in the process of trying to find more music by Beverly Glenn Copeland found my way to Glenn. We made friends over several lengthy skype calls, and about a year later I found myself on a plane to Nova Scotia to go and meet him.

What intrigued you about Glenn Copeland?

The first time we ever spoke he referred to himself as an elder. He recognized that my generation was the first connected, global generation, and saw so much hope in that. The whole thing was quite profound. Every time we spoke, I would be glowing for hours after. Deeply compelling stuff. 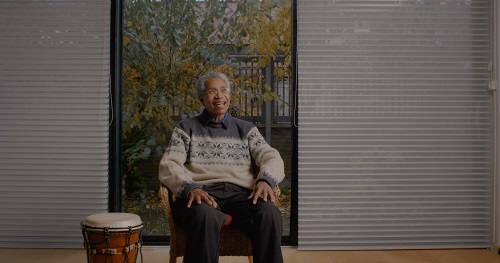 In your film, audiences are taken on a magical emotional roller coaster in this synth-infused inspirational, triumphant story of acceptance, love, and magic. Share your favorite scene.

There are a few. Glenn dancing with the kids to Missy is always going to be a highlight. And the final scene still brings me to tears every time I watch it.

In early life, he showed a remarkable sense of self-awareness and strength in living as an out lesbian at University in Montreal at the age of 17, when homosexuality was considered a crime and a pathology. In later life, he is carved out this unique role as a healer, a prolific musician, and a trans queer elder. He has been breaking new ground since the moment the universe manifested him, and I do not think that’ll be changing any time soon.

The final show on the European tour, when we pitched up to Le Guess Who festival and there were 500 people waiting to watch Glenn play. That was quite stunning. 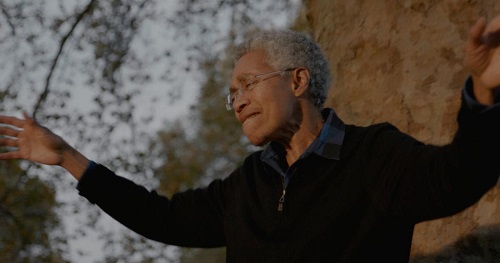 Keyboard Fantasies was a Documentary Feature with Special Mention from the Jury and was chosen to play the official Outfest Encore week. How important was this to you?

Such an honor obviously. We have been picking up a few audience and jury awards on our festival circuit and it means the world. To actually make my first feature was such an epic journey, but then for it to also tour the world and be so well received is an absolute delight.

What do you want people to know about Glenn Copeland?

He is the kind of artist the world needs right now. Listen, feel, and learn.

OUTFEST®, est. 1982, is one of the only global LGBTQIA+ arts, media, and entertainment organizations whose programs empower artists, communities, and filmmakers to transform the world through their stories, while also supporting the entire lifecycle of their career. Outfest’s mission creates visibility to diverse LGBTQIA+ stories and empowers storytellers, building empathy to drive meaningful social change. Outfest programs give artists, filmmakers and entertainment professionals the opportunity to discover their voice, provide the pathways to the visibility of their work by all members of the public, and assure that their legacy will live on for generations to come. 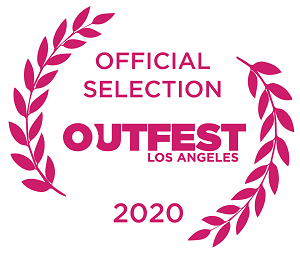 To discover more about Outfest membership, the Empathy Fund, alumni network, or for a calendar of events go to www.outfest.org or connect to our social channels at @outfest.