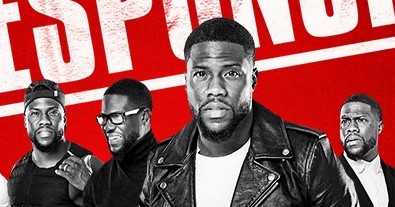 LOS ANGELES, CA (The Hollywood Times) June 1, 2018 – Today Kevin Hart cemented his place among touring giants, announcing he has sold over one million tickets worldwide to The Kevin Hart Irresponsible Tour, making it the biggest comedy tour in the world for 2018. The tour’s phenomenal success takes him from not only being the highest selling act in comedy, but to one of the most successful acts of any tour on the road today, with over one million tickets sold globally across 15 countries. Hart also enters the touring history books by being the first U.S. comedian to ever sell one million tickets in just under six months. 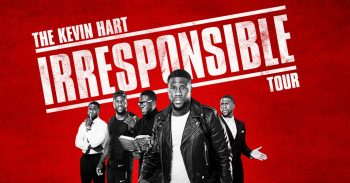 “The response to my tour has been unbelievable, and I’m honored to have sold one million tickets…so far!” said Kevin Hart. “I’m excited to hit this number, bringing me one step closer to the goal of making the world laugh. They said it was Irresponsible, it couldn’t be done, but here we are! See the rest of you soon.”

The Kevin Hart Irresponsible Tour, produced by Live Nation, officially kicked off on March 23 in Baltimore, MD and will make over 100 stops across the globe including dates in the U.S., Canada, Europe, U.K., Australia and Asia before wrapping December 13 in Singapore. Hart will also be the first African-American comedian and second comedian ever to headline the Hollywood Bowl as a solo act, with his upcoming show at the iconic venue in Los Angeles, CA taking place on June 7th.