Burbank, CA (The Hollywood Times) 8/6/2018 – “I still think about it, especially when I look up at the moon I think about that moment when I could see the moon with that view point. I got to see Jupiter as well. It was really cool and I highly recommend that to everyone.” Rosey Alvero, host of KCET SOCAL WANDERER told The Hollywood Times.

What started on KCET.org as a popular online blog sharing fantastic destinations and hidden gems, has now morphed into an on-air show that is an insider’s guide to the land of sunshine.

Host Rosey Alvero examines the rich history, culture and landscape of the region by connecting with engaged enthusiasts and local experts. SOCAL WANDERER will premiere on Tues., Aug. 7 at 8 p.m. on KCET in Southern California.

Supporting the episode will be additional digital content including an interactive map, an article on the Ventura harbor and a guide to the increasingly popular tourist destination of Ojai.

SOCAL WANDERER’s “Anacapa to Ojai” follows Rosey Alvero as she takes a ferry to Anacapa Island and learns about the fascinating history and ecology of Channel Islands National Park.

She then visits the Ventura Harbor before riding her bike into Ojai for dinner.

She finishes the night stargazing at Thacher Observatory.

Join the conversation on social media by using #SoCalWanderer

*KCET is expected to merge with PBS SoCal, subject to regulatory approvals, by mid-2018.

Premieres Tuesday, August 7, 2018 at 8:00 p.m. PT on KCET in Southern California and will stream online for a global audience the same day.

Tune in for the adventure August 7th at 8 p.m. 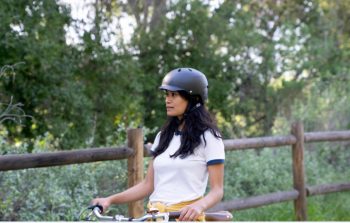 We talked about the episode that includes an awesome bike trail in Ojai. Rosey said she wants to do it again and go back to Ojai. She had never really been there and remembers how beautiful it was when she got there.

“Everyone that is there, loves it, they love living there, they love fighting to preserve the beauty of Ojai and that is really special. I don’t’ think that there is a lot of places you go to where people come together as a community to support where they live.”

The bike trail ride is 16 miles long from Ventura to Ojai and Rosey said it’s really not that bad on a bike for 16 miles and it goes by pretty quick and the it’s a very beautiful ride experience.

THT: Has there been anything inspirational in your travels that you saw or experienced that made you want to change?

Rosey: “I have traveled quite a bit through Asia and Europe and I what I always leave with is that we are different. We all have different backgrounds, so we are all connected in some way. No matter how different we all are, there is a way to connect with someone who comes from a completely different background from you. When you find that connection, it is really special and I have been fortunate enough to have travelled all over the world.  I have friends that I could call in Korea and Africa now and meet up with them and to have those connections is really special.”

Traveling is a priority for both Rosey and her husband, they are travel buddies.

THT: Have you ever experienced dangerous situations when you traveled?

Rosey: “Not really, I am a very aware traveler. Unfortunately, the only time I actually felt in danger was when I was living in Paris. I was living there by myself and taking the subway and metro late at night and there were moments I was more cautious than normal.”

THT: How was it to look at the moon through that huge telescope in your first episode of SoCal Wanderer?

Rosey: “Oh my gosh, that was so awesome. I had never done that and when you think about, how come we don’t do this more often and look through a really great telescope. It was amazing and I had never looked through a telescope like that at an observatory before.”

We also talked about how great the food was there, pizza and The Nest restaurant ran by the two sister’s and their story.

The Hollywood Times was lucky enough to get a first look at this new 30-minute broadcast special and digital initiative exploring Southern California called SOCAL WANDERER.

It’s a great show and you truly don’t want to miss it! So gather up the kids tomorrow night and make some popcorn and watch this delightful and informative show.

You will not be disappointed and you will then make some plans to take a road trip to the places Rosey took you along on.

The bike trail, the Anacapa Islands of gulls, pizza and see the moon through a huge telescope at the observatory.

You must check out the show and we will all want to flock to Ojai and Anacapa Island. 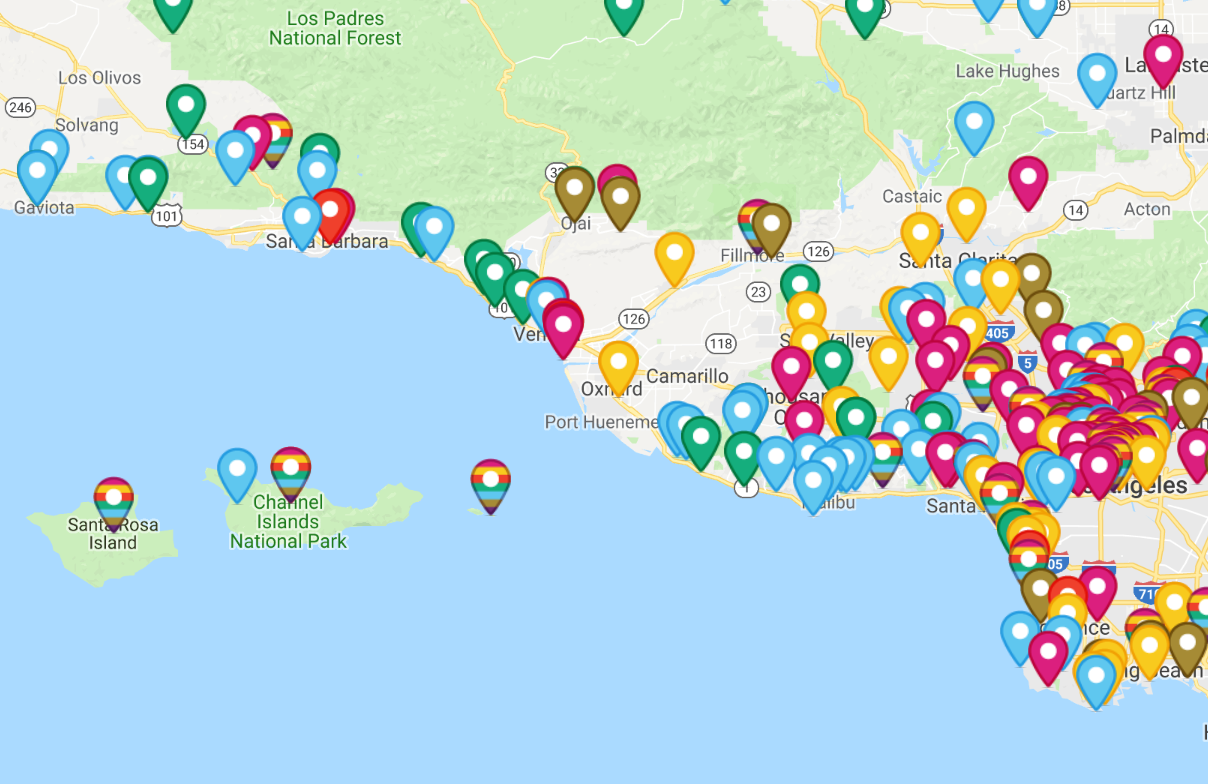 Check out the promo here: https://youtu.be/cmT1bQErf-g

Rosey is always the curious adventurer up for any quest and seeks to learn from and empower those she meets on her travels. Growing up between San Francisco and Manila, she has since lived all over the world and thus developed a traveler’s intuition and

sense of curiosity. She is a co-founder of Cache Cache, a female-driven culinary and moving image centered experiential concept; a result of her belief that food and travel can bring people together. Over the past decade, she has taken her skills to

professional kitchens across the globe, with extended stays in New York, Paris, Brussels, Manila, and San Francisco. She is thrilled to explore the Los Angeles region as the face of SOCAL WANDERER for KCET.

On-air, online and in the community, KCET plays a vital role in the cultural and educational enrichment of Southern and Central California. KCET offers a wide range of award-winning local programming as well as the finest public television programs from

around the world. Throughout its 54-year history, KCET has won hundreds of major awards for its local and regional news and public affairs programming, its national drama and documentary productions, its quality educational family and children’s