Hollywood, California (The Hollywood Times) 11/7/2017 – “The Power of something like Lost LA, that it really is important to know history, there is a different sense of grounding and as Shelley said at the end of the Lois Weber segment, there’s a comp for this, people say this hasn’t happened before and knowing that it has happened before really gives a different feeling when you are walking into a room and trying to make a film or trying to connect with a studio. When you are a director whose looking to cast an Asian actor in a role that is an Asian character. It gives a different sense of empowerment.” Logan Kibens, director on the Dream Factory episode of KCET’s LOST LA.

Los Angeles is often identified with Hollywood, but there’s more to the entertainment industry than its facade of movie stars and blockbuster films.

This episode explores the career of Lois Weber, a filmmaker who rose to greatness in a nascent film industry that welcomed women into creative leadership positions; as well as a Central Casting Bureau that capitalized on the city’s segregated ethnic enclaves when filling background roles.

The Hollywood Times (THT): The episode you directed “Dream Factory” has a story about the first woman director named Lois Weber, did you know about her before directing this episode?

Logan Kibens (LK): No, I didn’t know, I didn’t know any of this history, so all of it was surprising and mind blowing. It is so different from what we have today and what we are pushing for today.

THT: Who’s idea was it to do this story about Lois Weber?

LK: “The segment first started as why the film industry choose LA, so it sort of started as a landscape of the city, a geography and the open union shop labor policies. I spoke to Nathan Masters, the host and producer of the show and the folks of KCET, can we explore other aspects of this. Can we look at what it was like for women and people of color in the early film industry. That is what sent me down this rabbit hole, along with my producing team, Giulia Caruso and Ki Jin Kim, who produced with me.”

“We found Lois Weber through a website called “The Women’s Film Pioneer Project, I believe that was what is was called. Something out of Columbia University in New York and it’s this amazing database from all these women from the silent film era who are directors, producers, editors, cinematographers. I had known of the website but not of Lois Weber and they have headshots and bios, filmographies from all these different women.” 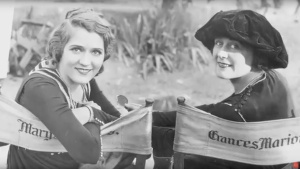 “So Giulia and I were just scanning through and emailing with Nathan and talking about different characters and people that we could focus on and one of the people we selected was Lois Weber. I looked further into that and she was just super fascinating. She was a studio head, she was known as the mother of independent films, the topic of her films are so fascinating.”

“Nathan Masters found this book by Hilary Hallett called ‘Go West Young Women’ which talks about the industry actually courting women to Los Angeles and into the film industry in these leadership roles. I read Hilary’s book and she was the first expert I spoke to and when I told her that I was thinking of pursuing Lois Weber, she said you have to speak to Shelley Stamp, who wrote the book on Lois Weber called ‘Lois Weber in Early Hollywood’. 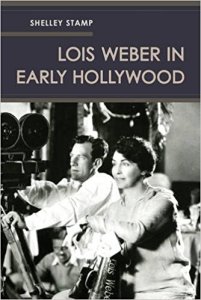 Then I connected with Shelley, who she encountered this information sort of by happen stance as well and saw that there was all this literature about women in these powerful positions. She spend over a decade learning about Lois Weber, finding and uncovering her films, and really digging up all this terrific information.”

THT: How did you get director this episode?

LK: “It started with a producing job, we co-produced the second season of LOST LA with KCET and USC. From there we were talking about directors that we could work with, like who would right for what piece. It is interesting because a lot of segments throughout the season are focused on specific minorities. One of the next episodes coming up is two segments, one about The Address Book, which is a guide for gay men and lesbians to navigate safe spaces in the 60s in Los Angeles when you could be arrested for being gay and having public expressions of that. Also about the Green Book, which is called the Negro Travelers’ Guide in the 30s, so we were looking at segments like that.” 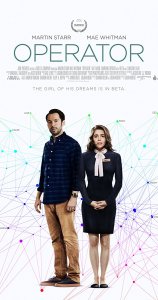 THT: What are your working on next?

LK: “Next I am doing more narrative directing. In the Spring I am directing an episode of an FX show called Snowfall. I am writing a TV show of my own.”

“I come from more of a feature film background. I have a film that came out last year called ‘Operator” which is streaming on Netflix right now.”

“We’re excited to bring the second season of LOST LA to our viewers so they can join us again as we investigate how the region’s explosive and surprising growth inevitably erased or marginalized parts of the city’s identity along the way.”

Catherine Quinlan, Dean of the USC Libraries, said, “LOST LA shares important stories from our collections – and those of LA as Subject members – with a tremendous audience in inventive ways. As we launch our Collections Convergence Initiative at USC, I’m grateful to our KCET partners for highlighting how essential primary sources are to public and academic explorations of our shared history as Southern Californians.”

Don’t miss out on tonight’s episode, you will not be disappointed to say the least.  What a history lesson you are in store for. So gather up the kids and turn off the tablets and cellphones and really watch this great LOST LA episode of the early Hollywood.

The remaining episodes will be telecast as follows (subject to change):

Los Angeles is often identified with Hollywood, but there’s more to the entertainment industry than its facade of movie stars and blockbuster films. This episode explores the career of Lois Weber, a filmmaker who rose to greatness in a nascent film industry that welcomed women into creative leadership positions. 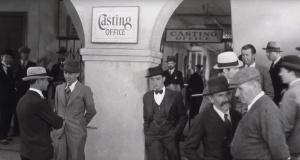 As well as a Central Casting Bureau that capitalized on the city’s segregated ethnic enclaves when filling background roles.

What if the stories L.A. told about itself relegated you to the margins? This episode explores two underground guidebooks – The Negro Travelers’ Green Book and The Address Book – that reveal the hidden geographies many Angelenos had to navigate, exposing

Los Angeles as a place of coded segregation and resistance.

American history once looked at the California shore and saw the end of the continent. Instead, this half-hour documentary interprets that sandy edge as the beginning of a Pacific world ~one that has long influenced Los Angeles through the basic earth forces of geology and climate and the transoceanic flows of people, goods, capital, technology, and cultural ideas.

American history has long been told as a triumphant march westward from the Atlantic coast, but in Southern California our history stretches back further in time. This episode explores the interconnected lives of three people who lived through California’s transition from native land to Spanish colony and from to Mexican province to American state. Featuring the stories of native leader Toypurina, who led the revolt against the San Gabriel Mission, Spanish soldier José María Pico, who served at the mission, and his son Pío Pico, who became the last Mexican Governor of California.

Before Hollywood imagined the Wild West, Los Angeles was a real frontier town of gunslingers, lynch mobs, and smoke-belching locomotives. This episode examines L.A.’s efforts to reckon with its violent past by examining hanging trees, remnants of vigilante justice; the massacre of eighteen Chinese immigrants that took place in 1871 near what is now Olvera Street; and railroad promotional campaigns that painted a picture of Los Angeles as a verdant paradise.

This project was made possible with support from California State Library, The Ralph M. Parsons Foundation and California Humanities, a non-profit partner of the National Endowment for the Humanities. Visit [ http://www.calhum.org ]www.calhum.org.

Logan Kibens is a Writer/Director whose films integrate visual artistry with narrative, character driven storytelling. A CalArts alumna, she was a HBO/DGA Directing Fellow, working on shows such as True Blood, The Newsroom and Entourage. Her first feature OPERATOR went through the Sundance Labs, garnering awards from Film Independent and the Alfred P. Sloan Foundation. OPERATOR premiered in 2016 at SXSW, and is currently in distribution with a 100% score on Rotten Tomatoes. Logan is a Consulting Producer on Jill Soloway’s I Love Dick, and is currently directing and producing the second season of Lost LA for KCET

On-air, online and in the community, KCET plays a vital role in the cultural and educational enrichment of Southern and Central California. KCET offers a wide range of award-winning local programming as well as the finest public television programs from around the world. Throughout its 52-year history, KCET has won hundreds of major awards for its local and regional news and public affairs programming, its national drama and documentary productions, its quality educational family and children’s programs, its outreach and community services and its website, kcet.org. KCET is a donor-supported community institution. For additional information about KCET productions, web-exclusive content, programming schedules and community events, please visit kcet.org. KCET is a part of the KCETLink Media Group. Select original programming from KCET is also available for streaming on Apple TV and Roku platforms.

ABOUT USC LIBRARIES AND L.A. AS SUBJECT

The USC Libraries actively support the discovery, creation, and preservation of knowledge at the University of Southern California and beyond. The libraries serve as host institution for [ http://www.laassubject.org/ ]L.A. As Subject, an association of more than 230 libraries, cultural institutions, official archives, and private collectors dedicated to preserving and telling the sometimes-hidden histories of the Los Angeles region. The history of Los Angeles as a Pacific Rim metropolis is among the USC Libraries’ prominent collections strengths.

MUFG Union Bank, N.A., is a full-service bank with offices across the United States. We provide a wide spectrum of corporate, commercial and retail banking and wealth management solutions to meet the needs of customers. We also offer an extensive portfolio of value-added solutions for customers, including investment banking, personal and corporate trust, global custody, transaction banking, capital markets, and other services. With assets of $116.7 billion, as of June 30, 2017, MUFG Union Bank has strong capital reserves, credit ratings and capital ratios relative to peer banks. MUFG Union Bank is a proud member of the Mitsubishi UFJ Financial Group (NYSE: MTU), one of the world’s largest financial organizations with total assets of approximately ¥304.2 trillion (JPY) or $2.7 trillion (USD) , as of June 30, 2017. The corporate headquarters (principal executive office) for MUFG Americas Holdings Corporation, which is the financial holding company and MUFG Union Bank, is in New York City. The main banking office of MUFG Union Bank is in San Francisco, California.

ClexaCon “From Chakrams to Subtext: The Legacy of Xena”