The California Endowment (TCE), in partnership with KCET, will be hosting a premiere screening event for KCET’s CITY RISING: The Informal Economy, the follow up to KCET’s CITY RISING documentary which launched in 2017 and focused on issues of gentrification and displacement in communities across California. 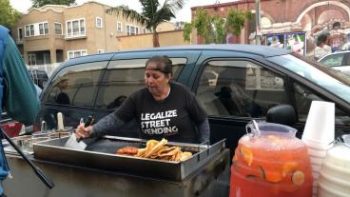 On another note, City Counsil just voted to legalize street vending through a permit process.

CITY RISING: The Informal Economy is a new one-hour, multi-platform documentary that follows four California workers facing structural discrimination but fighting to change policy and improve upward mobility for their communities. From the urban neighborhoods and industrial corridors of Long Beach to the rural Coachella Valley, on-camera interviews with organizers, politicians and experts will contextualize labor in California, the world’s fifth largest economy. The effects of this movement are far-reaching and their voices will ultimately impact the social health of communities across the country and beyond. 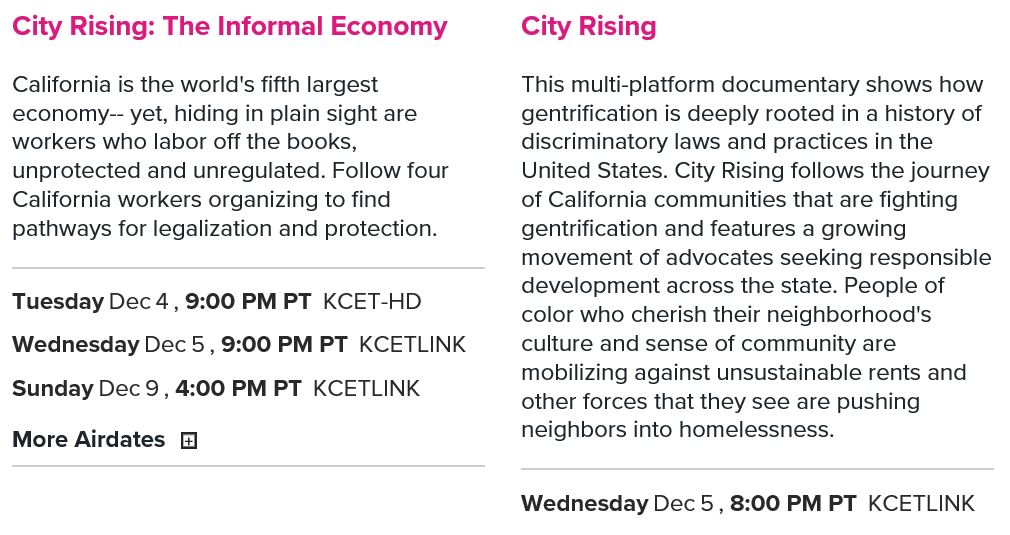