By: Valerie MIlano
Hollywood, California (The Hollywood Times) 4/11/2018 – “Don’t say anything. Play along. Keep your head down.”– AIO interview subjects on workplace inequities.
Series premieres on Wednesday, April 11th, 2018 on the National Geographic Channel.
We are living in one of the most divisive eras in modern American history. Inspired by her personal journey making the ground-breaking National Geographic documentary film GENDER REVOLUTION, award-winning journalist Katie Couric will examine some of the most pressing social issues confronting our country in a new documentary series called AMERICA INSIDE OUT consisting of six hour-long episodes.

Katie personally visited cities and towns all across the country and conducted hundreds of interviews with a diverse array of people from thought leaders to the family next door. The six topics Couric chose to dissect on AIO include the Muslim experience in America; Confederate statues and monuments; technology and humanity; white working-class anxiety; the new rules of political correctness; and gender inequality in Hollywood, the Silicon Valley, and beyond.

The AIO series was discussed at the National Geographic Channel’s 2018 TCA Winter Press Tour panel held on Saturday, January 13th, 2018 at the Langham Hotel in Pasadena. The panelists focused specifically upon Katie Couric’s final hot-button topic: gender inequality.
Present on the panel were Julius Tennon, co-creator (with wife Viola Davis, not present on panel) of JuVee Productions; Allison Schroeder, Oscar-nominated writer who scripted the screenplay for the critically-acclaimed film HIDDEN FIGURES; Erica Joy Baker, senior engineering manager at Patreon and one of the founding members of Project Include; Kara Swisher, the Silicon Valley’s best liked and most feared journalists; and of course Katie Couric!

“I think everyone can agree that we are all in the midst of revolutionary changes in this country–demographically, culturally, and technologically,” said Couric by way of introduction. “But we’re also in the midst of a relentless news cycle, with information coming at you at a fast and furious pace. So I am so gratified that National Geographic is giving me an opportunity to take a step back and look at the big picture, and really take a deep dive into these big, contentious social issues.”
Where might some of the biggest pressure points be with regard to sexual harassment and inequity in Hollywood and the Silicon Valley? Alluding to the firing of Uber billionaire Travis Kalanick, Kara Swisher suggested, “We try to get to the worst cases, but also ferret out the ones that Erica and I talked about on the podcast, which is these small micro-aggressions that lead to the broader picture of women and people of color not being included in key management positions in the Silicon Valley.”

Katie Couric revealed that 56 percent of women in tech eventually leave it. The percentage is much higher in tech than in science or engineering. “And, oftentimes, people think it’s because they’re having trouble managing the, quote-unquote, work/life balance. But it’s really, more often than not, about a toxic work environment,” said Couric.

“You take the hit, and you go find a new career, versus staying in a place that you love and you’ve been in all your life, just because it’s so bad,” added Erica Baker. Such problems are also seen in the Hollywood entertainment industry according to Katie Couric and Allison Schroeder.
Certainly in the entertainment industry, women get blackballed. Katie Couric has had this confirmed via personal interviews with well-known actresses such as Elisabeth Moss (star of TOP OF THE LAKE: CHINA GIRL and THE HANDMAID’S TALE). Women who resist unwelcome sexual advances may get labeled as “cold” or “unfriendly” and not get parts.
This kind of power abuse can cut across all salaries and occupations. Julius Tennon said that men needed to do the right thing and understand that “no” means “no” in such cases.

Women in lower-paid, less glamorous professions may have more to lose if they stand up for themselves. They just don’t have the luxury if they are living paycheck to paycheck. “Time’s Up” may be able to address such issues with its legal defense fund.
“Cuddle puddles” fueled by large amounts of alcohol can lower male inhibitions in the Silicon Valley (and probably Hollywood as well). Consent is still the key!
Pay transparency could help to close the inequity gap for women in all industries. Equal work, equal pay. End of story!
According to Julius Tennon, the USC Annenberg Group is doing a lot of great things about diversity inclusion. But women and persons of color still lag far behind the pack.

White working-class anxiety has propelled many people out of America’s rural areas into urban centers. This is well documented in Joan Williams’ excellent book called WHITE WORKING CLASS based upon a piece she did for the Harvard Business Review.
“In many rural communities, immigrants are actually going to be the key to the future. As more and more young people are dying and the birthrate is declining, the influx of immigrants into many of these places is seen as a real boon to the community,” said Katie Couric. In AIO she illustrates this trend in an isolated place called Storm Lake, Iowa. 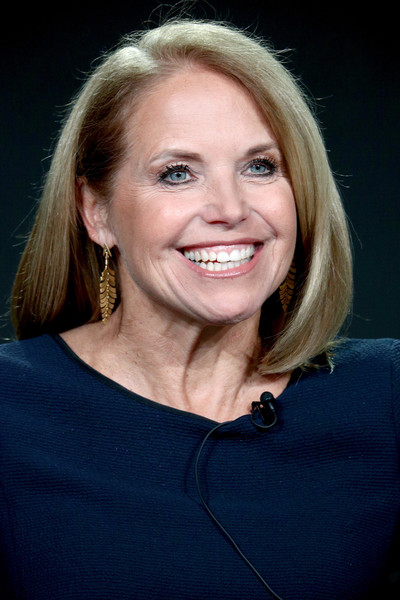 Are things really so different in America today, or are we just becoming more conscious of problems that have always existed? “I think that a lot of these issues have really come to the forefront and come to a head as a result of the political climate,” replied Katie Couric. “I think some of these issues have been simmering for a very long time, but they are in full relief as a result of political correctness becoming weaponized. . .Our willingness to confront them and talk about them and think about them is, I think, stronger today than it has been.”
Social media can now amplify containable issues into worldwide crises. Technology has changed everything!
What was something AIO host Katie Couric might have learned about herself as a journalist on this journey? “I learned that it’s important to get out of your bubble, that we all can learn from talking to different people,” said Couric.

Just getting out into the world helps to reinforce some of the views you already hold, but also helps you to see things from a different perspective. We all have implicit biases to confront! AMERICA INSIDE OUT WITH KATIE COURIC can start to show us the way when the series premieres on Wednesday, April 11th, 2018 on the National Geographic Channel.

Ahmad Bahrami’s WASTELAND: A Failing Mudbrick Factory as a Metaphor for Iran