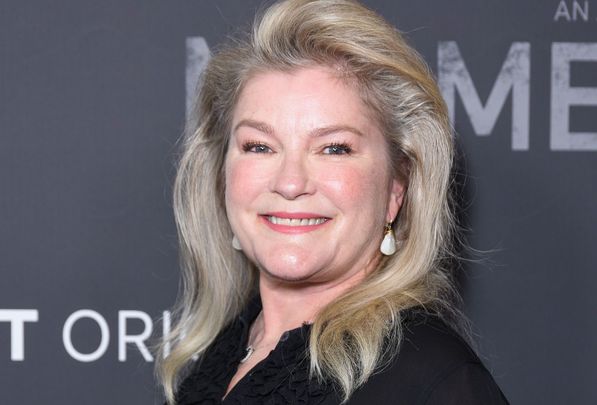 Los Angeles, CA (The Hollywood Times) 11/5/20 – To some, she might be known as Mary Ryan, Captain Kathryn Janeway, or Galina “Red” Reznikov.

But to those back in her home state of Iowa, Kate Mulgrew is simply one of them—a large Irish Catholic family and all.

The 65-year-old actress and Dubuque native who rose to fame on TV’s “Ryan’s Hope,” “Star Trek: Voyager” and “Orange Is the New Black” will be the recipient of the 2020 Eugene O’Neill Lifetime Achievement Award, organizers announced recently.

“I am delighted, humbled and deeply honored to be awarded the Eugene O’Neill Lifetime Award,” Mulgrew stated in a press release. “Having come late to writing, I find a certain inexplicable gratification in the process itself, not to mention the entirely unexpected recognition I have received for my memoirs. It strikes me as a brave new world, a path not indicated for the faint of heart, but if well-chosen, a path surpassing any other.”

To celebrate the announcement, I took a cue from the Telegraph Herald and decided to include a timeline of Mulgrew’s career highlights.

April 29, 1955: Mulgrew is born in Dubuque to Thomas James Mulgrew II and Joan Virginia Mulgrew. Upon graduating from Wahlert Catholic High School, she leaves Dubuque to study acting at the Stella Adler Conservatory of Acting in New York.

1975: Mulgrew lands the role of Mary Ryan on the ABC soap opera, “Ryan’s Hope.” She also embraces the stage, playing Emily Webb in the American Shakespeare Theatre production of “Our Town.”

1977: Mulgrew gives birth to a daughter and places her for adoption.

1978: Mulgrew appears in an episode of “Dallas,” as country singer Garnet McGee.

1979-1980: Mulgrew plays Kate Columbo in “Mrs. Columbo,” a spin-off created for her from the detective series, “Columbo.”

1981: Mulgrew co-stars with Richard Burton and Nicholas Clay in “Lovespell.” She also appears in the miniseries, “Manions of America,” alongside Pierce Brosnan.

1986: Mulgrew appears as Janet Eldridge in several episodes of “Cheers.” 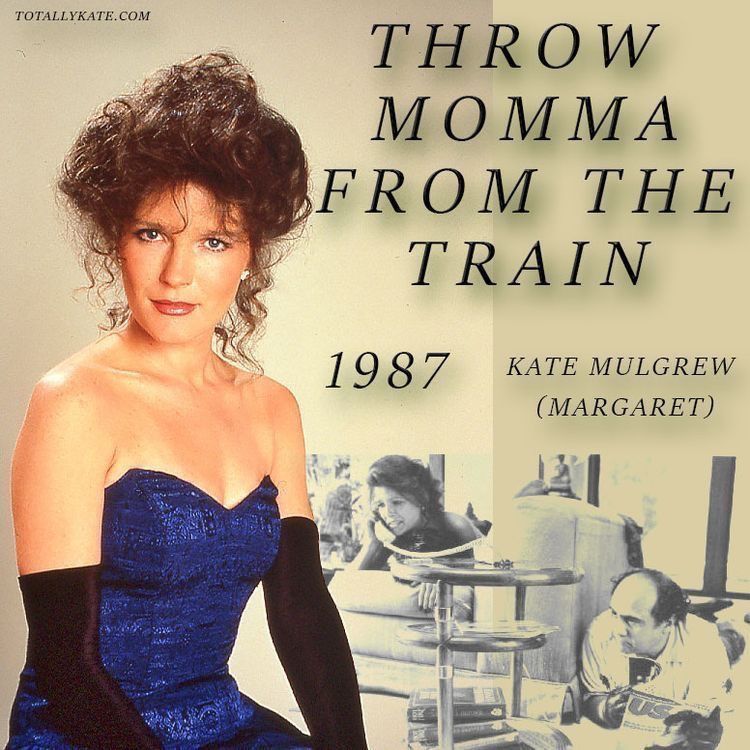 1987: Mulgrew appears in the film, “Throw Momma from the Train,” as Margaret, the ex-wife of Billy Crystal’s character.

1992: Mulgrew appears as Hillary Wheaton on “Murphy Brown,” an anchorwoman brought in to replace Brown during her maternity leave. She also appears as a soap opera star who attempts to kill her husband on “Murder, She Wrote,” as well as guest-starring as Red Claw on “Batman: The Animated Series.”

1995: Mulgrew takes on the role of fearless leader Captain Kathryn Janeway in “Star Trek: Voyager,” making her the first female captain as a series regular in a leading role among the “Star Trek” franchise. She also would voice the character in “Star Trek” video games.

1998: Mulgrew wins a Saturn Award for Best TV Actress in her portrayal of Captain Kathryn Janeway on “Star Trek: Voyager.” The same year, Mulgrew receives a call from the daughter she had placed for adoption. The pair reunite in 2001.

2003: Mulgrew stars in the one-woman play, “Tea at Five,” based on Katharine Hepburn’s memoir, “Me: Stories of My Life.” Mulgrew netted two awards for her performance — Best Actress from Carbonell and the Audience Award for Favorite Solo Performance from Broadway.com. 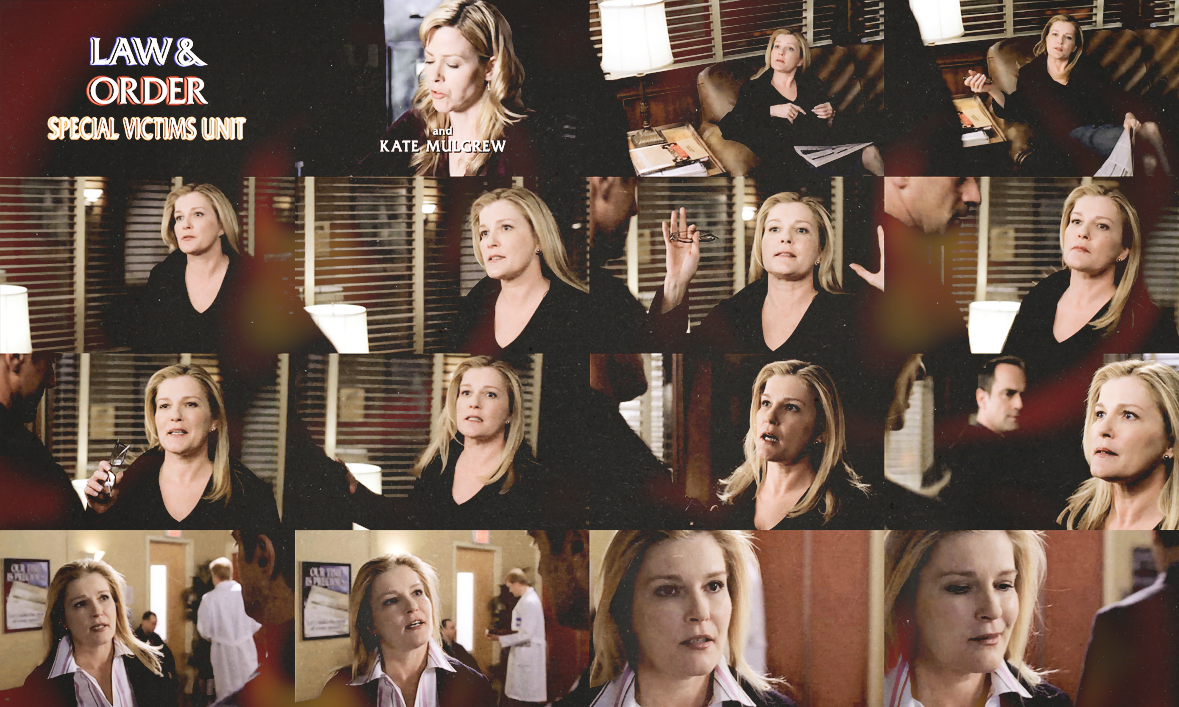 2006: Mulgrew returns to television, guest-starring on an episode of “Law & Order: Special Victims Unit.” The same year, her mother dies after a lengthy battle with Alzheimer’s disease. Mulgrew goes on to become a member of the National Advisory Committee of the Alzheimer’s Association.

2007: Mulgrew appears in the NBC series, “The Black Donnellys.” She also stars in the off-Broadway production, “Our Leading Lady,” earning a Drama League nomination, and performs the role of Clytemnestra in “Iphigenia 2.0,” earning an Obie Award.

2008: Mulgrew appears in Broadway’s “Equus.” She also films the 30-minute courtroom drama, “The Response,” based on transcripts from Guantanamo Bay.

2009: Mulgrew takes on a recurring role as Jeannie Flanagan in the NBC series, “Mercy.”

2010: Mulgrew appears in the film, “The Best and Brightest.” She also stars as Cleopatra in Shakespeare’s “Antony and Cleopatra” at Hartford Stage.

2011: Mulgrew appears in the feature-length documentary, “The Captains,” written and directed by William Shatner. He interviews the actors who succeeded him in playing a Starfleet captain in the “Star Trek” franchise. 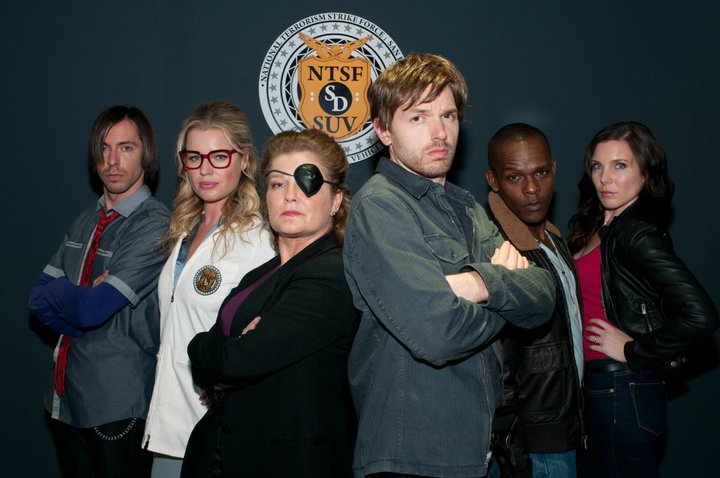 2014: Mulgrew is nominated for her first Primetime Emmy Award for her role in “Orange Is the New Black.”

2015: Mulgrew releases her debut memoir, “Born with Teeth.” She returns to Dubuque for a discussion about the book, with her brother, Sam Mulgrew, moderating. She also helps launch the 2015 Julien Dubuque International Film Festival.

2019: Mulgrew releases her sophomore book, “How to Forget: A Daughter’s Memoir.”

2021: Mulgrew will reprise her role as Captain Kathryn Janeway in the upcoming animated, “Star Trek: Prodigy,” set to premiere on Nickelodeon.

While she may not have buckets of Emmys under her belt, Mulgrew has always been humbled by the recognition she has received over the course of her fifty-year long career and is rightfully proud to have been cast as Kathryn Janeway, whose bust now rests comfortably in the character’s birthplace: Bloomington, Indiana. You’ll find it along the B-Line Trail right next to the WonderLab Museum. Can’t miss it. 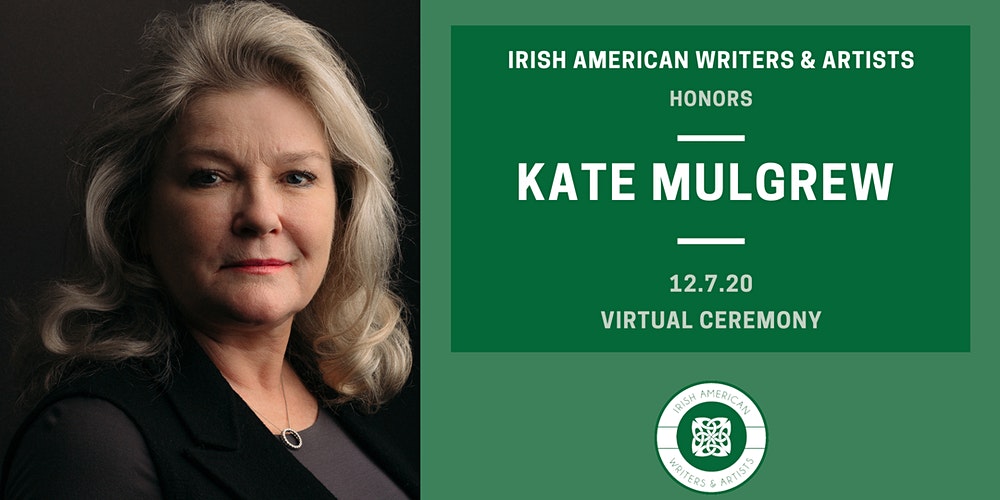 A virtual award ceremony is slated for December 7th, The illustrious accolade, which honors the remarkable achievements of Irish-American writers each year, is much deserved.