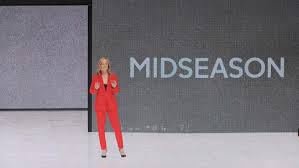 Hollywood, CA (The Hollywood Times) 5/21/19 – At the 2019 Disney Upfront Experience Press Conference, ABC Chief Karey Burke talked about a number of things. Not the least of which was her affinity for 80’s-era sitcoms. Burke recently ordered yet another 80’s sitcom for her network–a spinoff of Black-Ish called Mixed-Ish.

“The Goldbergs is the gold standard,” she said in the phone conference. Still, the decade continues to be fertile ground for television comedy. “The ’80s were a rich decade and there a lot of stories to tell from that time,” she told reporters.  “I think when you see Mixed-ish that it has a lot of Black-ish DNA, but like The Goldbergs it’s a really broad family show.” 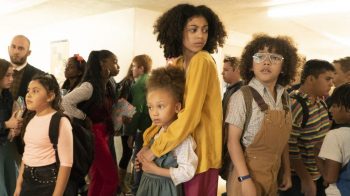 Burke said the new show will feature young adult and child POVs. “We felt it was a strong show to lead off the hour at nine and have Black-ish follow that.  And like The Goldbergs and Schooled, we paired Mixed-ish and Black-ish chronologically.”

That’s exactly what it sounds like. They start in the 80’s, move to the present day with Black-Ish. Ditto the 80’s with The Goldbergs, then into the 90’s with Schooled. 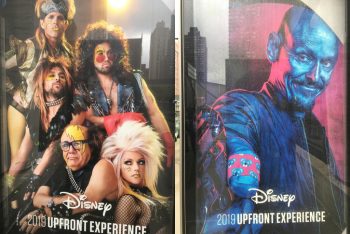 On a more upsetting note, Burke also addressed her cancellation of Speechless, which was met with much dismay from critics and fans.  Burke says she was equally affected.

“A lot of anguish for me also and all of us at ABC,” she opined.  “We love Speechless. And personally for me, it was a very tough decision.”

Not simply “tough” for the new head at ABC. But an experience she described as “gut wrenching.”

“We looked at a lot of factors,” she said. “Ultimately, primarily, it came down to numbers and feeling like we could shore up the night more strongly with Fresh Off the Boat at 8:30 leading into those 20/20s.”

The conversation then fell to the success of ABC in general, and how Burke plans to uphold a tradition of excellence.  She’s recently picked up a large swath of shows, as a prelude to her leadership potential.

“The long-term strategy is really to stay the course, right,” she said. “And to have enough strength in our schedule as we rebuild it to only have to bring on the few shows that we really think can break through, and to get out of what we call the tremendous churn that tends to happen when you pick up so many new shows and you have to launch so many shows.”

Networks are jockeying for “stability,” and Burke is at the forefront of that movement.

“…Really for us, we looked at our platform that has a lot of long running cherished hits in shows Grey’s Anatomy, and The Bachelor, and Dancing with the Stars, and even Idol, which is fairly new to us.  It’s still a long running, cherished property for the audience and so we looked at how can we take those and nurture those?  We actually put money into marketing The Bachelor this year in its 23rd season because we knew we had a great season.  And look what happened? The ratings grew. So, there’s value in nurturing the shows that you have and growing them.”

The thing THT came away with, was primarily that Burke, a strong leader with a plan to integrate fresh new programming with solid veteran programming, is about to take ABC into an entirely new era.  It’s clear they’re in good hands.