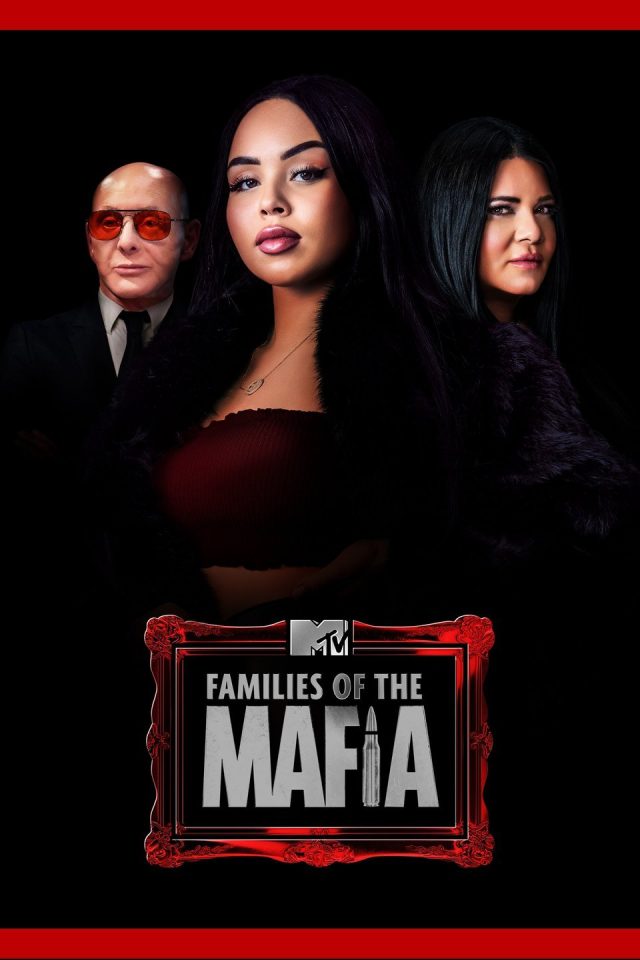 The “Mob Daughter” and reality TV producer and personality, opens up to entertainment journal

Los Angeles, CA (The Hollywood Times) 8/10/21 – Self-proclaimed “Mob Daughter” Karen Gravano has seen her fair share of murder and mayhem as the daughter of infamous former Gambino family underboss turned government cooperator, Salvatore “Sammy The Bull” Gravano. Karen faced her own legal troubles when, shortly after giving birth to her daughter Karina in 2000, her entire family was arrested and charged with running an ecstasy ring in Arizona. Those charges resulted in her father doing twenty years in maximum security prison. In 2011 Karen Gravano decided to turn a lifetime of legal lemons into lemonade by going public with her own story. She starred for six seasons on the hit VH1 reality show, Mob Wives, and in 2012 wrote her bestselling memoir, Mob Daughter: The Mafia, Sammy “The Bull” Gravano and Me! (St. Martin’s Press).

Now in the second season of MTV reality show, Families of the Mafia, which Gravano also produces, Karen and the Gravano family let viewers inside the dynamics of three generations of a family mired and mythologized by the legacy of organized crime in America.

The following are excerpts from internationally syndicated entertainment journalist Allison Kugel’s latest interview, featuring Karen Gravano, on her Allison Interviews podcast. The interview is available for re-publication in its entirety, or in select quotable excerpts.

On any bad blood with the Gotti family:
“I didn’t have much to do with them. There were times we went to some parties and we were in the same place. I didn’t really have one-on-one experiences with them until our fathers got arrested in 1990, when we would go to the MCC (Metropolitan Correctional Center) in lower Manhattan and visit, and we would see each other on those visits.”

“I don’t have bad blood. I think our fathers came into this as partners and they will forever go out as partners. Yes, my father took the stand, but John Gotti put the whole entire Mob on Front Street, and he drew attention. So [John] is part of the downfall in my eyes, and I look at the Gotti kids as I look at myself. We all had these experiences and we all lost, so why hate each other?  I can almost sit back and understand, but they don’t like when I speak the truth.  The truth is, there were the Gotti tapes. John was going to betray my father. That is not something I’m making up. There have been numerous FBI agents that listened to the tapes and told those stories. I’m not condoning what my father did when he cooperated, but I’m not condoning what John did. My father was extremely loyal to him. When it came time to go to trial and those tapes were presented as evidence with John bashing my father on multiple tapes, my father said, ‘Listen, I have to defend myself.  I’m going to sever the case. I have to say [John] is lying on these tapes.’ John’s answer to that was, ‘What will my public think?’ [John] was basically going to use those tapes in his own defense. John was going to throw my father under the bus to do life in prison, before my father took the stand and John got life in prison. The whole situation is just screwed up, and I feel like generations later, why have any more hatred? But I’m not going to sit back and not say the truth. If they can’t handle the truth, that’s on them.”

On her jailhouse romance with boyfriend Xavier Williams who is currently incarcerated:
“Xavier is someone who I knew before he got incarcerated. We were friends and then he went to prison and we stayed in contact. I’ve started to really understand mass incarceration and the war on drugs, and how Xavier fit into this category. I started reading cases and realizing there were just such harsh prison sentences that were given to some of these individuals, like life without parole, where other people who killed people were able to come home. I reached out to Xavier and started working with him on his case and I just love him. I feel like I’m fighting for this man’s life.”

“If he comes out of prison, yes, I would be down to go to City Hall and get married because he is definitely somebody that I love. sometimes I do feel like I could get caught up in this cycle and I have to sit back and say, “Why?” But I think some of my experiences led me to be this person, and it’s hard for me to walk away from somebody that I truly care about and love while they are in that situation. I can’t help my feelings. I can’t help that I fell in love with him.”

On sorting the difference between right and wrong:
“The lines get blurred. All those men take an oath to that lifestyle that they understand. They willingly join that. You agree to kill, and you also understand that you can be killed, and all those men willingly take an oath to that lifestyle. The way my father described it is, at one time he was a soldier and went to Vietnam and fought for his country. When he joined The Mob, he became a soldier in Cosa Nostra, and fought for what he believed in. Does that make it right? No. Killing is never the answer to anything. But the reality is, that’s what was required when he went to Vietnam, when he was fighting for his country, because he believed in it and protected it, the same way he believed in his oath and his life in Cosa Nostra.”

“I don’t want to make this sound like a cliché, but they don’t kill innocent people. That’s not what they do. I always got questions, like, ‘Oh, was your boyfriend scared to date you?’ As a father, if someone was being abusive towards me, he would give him the old dad talk, like ‘This is not acceptable,’ but he’s not going to go and try to take that person’s life, unless he was a threat to me, and then any father goes there with that.”

On Mob Wives vs. Families of the Mafia:
“Mob Wives, especially when it first came out, was the first of its kind, where we were actually saying the word out loud. In retrospect, a lot of that show was based off my father’s life and who he was.  All the arguing and bickering on that show was not really who I was as a person. Our [family’s] life was just different than that. It was more family oriented. Even though the men in our lives went out of the house and they were criminals, whatever they chose to do outside the house, when you came home it was family oriented and traditional. I don’t think my father liked a lot of the arguing and the fighting on Mob Wives. To him it was petty. He said to me, ‘You coming back to New York is such a bigger presence than you having to argue or fight with women on a show.’ But when you are caught up on a reality show and everybody has their opinion, it fuels its own fire. Families of The Mafia is a totally different direction. We’re actually digging deep into these different families and it’s a multigenerational story. My father is who he is, and he is able to tell his story on this show.  His experiences have created some of my situations in my own life, and I tell my story. And now it’s like, where does Karina (Karen’s twenty-two year old daughter) take that as the third generation? We have the “Mafia” word attached to the show, but it’s really family struggles and how, as a parent, do you raise your child to be better than you or to not to make the same mistakes. I think this show is a lot more relatable.”

About the Allison Interviews Podcast
Allison Interviews, is the newly launched podcast hosted by veteran entertainment profiler, Allison Kugel, where listeners can tune in to hear the intimate full conversations behind Allison’s syndicated print celebrity and newsmaker interviews. Listen to the podcast on Apple Podcasts, Google Podcasts, or Spotify. Follow on Instagram @theallisonkugel and at AllisonInterviews.com.