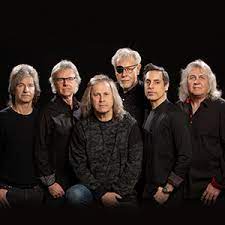 Thousand Oaks, CA (The Hollywood Times) 9/18/22 – After three long tumultuous years, Kansas rocked its way back to California. Specifically, Thousand Oaks, with a spectacular show at the Fred Kavli Theatre. The “hair band,” as a friend puts it, from the early 1970’s has been playing for 40 years.  With hit after hit. “Carry On My Wayward Son”; “Point of No Return” (the tour is creatively called The “Point of Know Return” Tour 2022, aka POKR Tour); “Hold On”; “Can I Tell You Something” and tracks from “The Absence of Presence,” their latest studio album.  In other cities in the country, this tour will change slightly to “Classic Kansas,” because they’ll be joined by Lynard Skynard.  The Kansas line up, lead singer and keyboardist Ronnie Platt, guitarist Rich Williams, keyboardist Tom Brislin, vocalist and bass player Billy Greer and drummer Phil Ehart gave their “prog. rock” (progressive rock) best to loyal fans and followers. With generous encores. 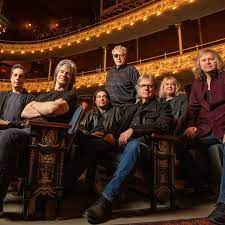 I must admit “Dust in the Wind” is — and always will be — one of my absolute favorite rock anthems, despite its commerciality. The rendition the band did was almost exactly as brilliant as the recording from way back some 40 years ago. Replete with haunting violin and the lush vocal work that makes the song so memorable.

On a fun side note, the Kansas “merch.” table was worth a stop, especially the socks emblazoned with the Kansas logo. Then there was the luggage tag and… anyway, it was different than the usual posters and records.  And as far as being able to buy their music?   Said the tour table attendance with a smile, “All sold out.”