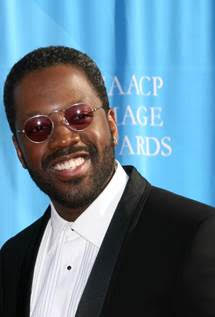 Actor and director Kadeem Hardison is known for his iconic TV role as Dwayne Wayne on the groundbreaking NBC sitcom A Different World, which aired for seven seasons, from 1987 through 1993, and highlighted the lives and relationships of Black college students attending the fictional HBCU, Hillman College. The show also starred Lisa Bonet, Marisa Tomei, Jasmine Guy, Sinbad, Jada Pinkett Smith, Cree Summer and Darryl M. Bell among others.

Kadeem went on to play Zendaya’s father in Disney Channel’s K.C. Undercover, and to recur in Showtime’s Black Monday. Hardison will now star in the upcoming AMC television series, Moonhaven, which takes place 100 years in the future in a utopian society set on a 500 square mile Garden of Eden built on the Moon. 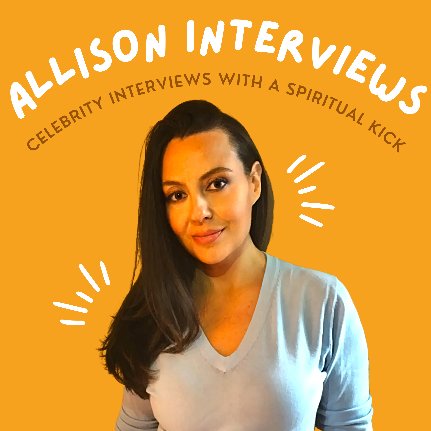 The following are excerpts from the latest episode of the Allison Interviews podcast with host and entertainment journalist, Allison Kugel, interviewing Kadeem Hardison. Hardison talks about his relationships with Lisa Bonet, Marisa Tomei and Jasmine Guy, directing Tupac Shakur and Jada Pinkett Smith together, his friendship with Zendaya, and wishing Malcolm X were alive while he was growing up. The full podcast episode is available on Apple Podcasts and Spotify, and the video episode of the podcast is available on YouTube. This interview is also available to publish in its entirety for print, as well as the excerpts below. *If you use any of the following excerpts for a story, please credit Allison Kugel and the Allison Interviews podcast and either link to, or preferably, embed this episode:

On Lisa Bonet confiding in him about how early fame affected her:

“I had worked with Lisa [Bonet] the year before A Different World.  I did a guest spot on The Cosby Show and I was just really interested to know how she dealt with the fame thing. She was probably the most famous person I had ever met at that point. So, our conversations were me asking her, ‘So what’s it like with that big spotlight on you everywhere you go.’  She said, ‘Well, you know, I used to love to go to malls and I don’t go to malls anymore. I used to love to go out to the movies and I can’t do that anymore.’  It was all about these things that were kind of restricted, or she restricted herself from, because it brought so much attention. She was someone I was gaining knowledge from. Then on A Different World, I got to pretend to have a crush on Lisa, which was the easiest job in America.”

On having a crush on Jasmine Guy as soon as they met:

“I met Jasmine the year before [A Different World].  We did a film together. Our characters didn’t speak, but in the down time we kind of got to hang out a little bit and be at parties and stuff like that. Oh boy, I had a crush on Jasmine the minute I saw her. When I met Jasmine [Guy] it was an instant skipped heartbeat. Once Lisa was gone, I got to pretend to fall in love with Jasmine (on A Different World).”

On Marisa Tomei’s character being the only white character on A Different World:

“[Marisa] was cast before I got there. Usually when you make a show, you better have some white characters in it (laugh), or someone is going to raise hell. Someone is going to say, ‘Why are there no white folks on it?’  It’s a historically Black university. Black being the operative word. But I loved her character.  I was sad when she was gone in the second season.”

On Marisa Tomei and Kadeem wanting their A Different World characters to get together:

“During the first season she and I both lobbied to the writers to put us together. Let us have more scenes together. Let something develop between us. Like why doesn’t she see him? Why doesn’t he see her?  It just seemed so obvious that the two weirdest outcasts would kind of find each other. I thought our characters were kind of made for each other, because she was kind of off, and I was definitely off. I thought, ‘Nobody sees him out of the group.’ Like the girls that I’m chasing all the time; nobody sees him.  Why doesn’t she see him and why doesn’t he see her?  They seemed like they could bond off of their uniqueness, or the fact that they are both a little bit off. But at the time it was let’s keep the blacks with the black, and the whites with the whites. It’s crazy.”

On directing Jada Pinkett Smith and Tupac Shakur together on A Different World:

“It was fantastic. They had a seamless chemistry.  How do you direct De Niro and Pacino?  You just kind of stand back and let them go. You hope that the cameras are in focus. I didn’t really have to tell him much.  I didn’t have to tell her hardly anything. It was a joy to watch.  It was probably the easiest directing job. The fight scene we had to tweak a little bit.  We had to work on it, because it was a fight between Jada’s character’s current boyfriend and Pac’s character.  So, we had to spend some time working that out, but once I said ‘Action,’ it took on a life of its own. It felt like a real fight. It felt like a real brawl, and that was Pac.  That was him going in, like, ‘I’m going to whoop this sucker.’ It was awesome to direct the two of them.  They were good buds and I kept asking her, ‘Is he going to show up? Because I have lots of rapper friends and I knew that [being on] time is not their friend?  She said, ‘Yes, he’s coming. He’s on his way.’

“I always felt like I loved Tupac as a rapper, but I was jealous of him as an actor, because I just thought he had such range. He could touch places that I didn’t know if I could go. I just wanted to watch.  But it wasn’t Macbeth, you know what I mean?  He’s playing the neighborhood cat that comes in full of bravado to claim the girl he thinks is his. He was like, ‘Yeah, I can do that.’  (laugh). [Jada] was playing the girl who was trying to get away from that life. There were no real notes for them. There was no reason to say, ‘Hey try it like this.’ Everything they did was magic.”

“When K.C. Undercover came along, I didn’t really know who Zendaya was and I was a little skeptical about Disney Channel.  I wanted to curse, bleed, and do all kinds of adult stuff, and that’s not going to happen with the Disney Channel. When I got word of the audition I was in New York and my nieces and my sisters were asking me, ‘What are you doing next?’  I said, ‘Well, there’s this show with this girl named Zendaya or something like that, and they want me to be her daddy.’ Everyone from my six-year-old niece to my 30-year-old sister all flipped out and said, ‘You have to take that. That girl is going to be something!’

On celebrating with Zendaya when she landed her role in Spider-Man:

“She’s my ace, and all of these moves she’s made have been really well thought out.  I was there when she booked Spider-Man and we jumped around the room like, ‘Holy sh*t, you’re going to be in Spider-Man? What?!’ And I was there when she got the musical with Hugh Jackman, The Greatest Showman. I knew that once we get out of Disney world, we just want to get a chance to get our hands on some meat, to see if we can really act, because we’ve been doing nice, easy cotton candy for so long. I have to see if I can really throw down still.  Her show, Euphoria was it, and I’m loving it!”

On why he wishes Malcolm X had lived a full life:

About Journalist and Podcast Host Allison Kugel
Allison Kugel is a veteran entertainment journalist with more than three hundred long form celebrity and newsmaker interviews published and syndicated, worldwide. She is author of the memoir, Journaling Fame: A memoir of a life unhinged and on the record, and host of the new podcast, Allison Interviews, where listeners can tune in to hear the full conversations behind Allison’s print interviews. Watch and embed the entire interview video with Kadeem Hardison @YouTube. Listen to and share the audio podcast on Apple Podcasts and Spotify. Follow Allison Kugel on Instagram @theallisonkugel and at AllisonInterviews.com.