In support of her critically-acclaimed #1 album Golden Hour, Kacey Musgraves announces North American dates on her headlining Oh, What A World: Tour. The North American leg of the tour will kick off on January 9th in Indianapolis making stops in major cities across the U.S. and Canada, including Toronto, New York, Chicago, Los Angeles, and Nashville before concluding on March 21st in Birmingham (see full list of tour dates below). Artist pre-sale for the North American dates is available now via http://www.kaceymusgraves.com/tour, with tickets going on sale to the general public this Friday, July 20th at 10am local.

These North American dates follow Kacey’s previously announced European dates. The Oh, What A World: Tour will begin October 13th in Oslo, running through November 6th in Dublin, with Kacey headlining London’s legendary Wembley Arena on October 27th. Kacey recently completed a series of summer tour dates as direct support to Harry Styles, with Rolling Stone exclaiming “a double bill this perfect couldn’t have been dreamed up in a mad scientist’s lab.” Kacey’s live shows have received rave reviews, with The Detroit Free Press proclaiming her set a “musical delight,” The Atlanta Journal-Constitution pronouncing “Musgraves is one of the keenest songwriters of her generation,” and The Houston Chronicle declaring Kacey “a force all her own, thanks to her alternately poignant, funny, heartbreaking songs about the mundanities of life.”

Golden Hour was released earlier this year to massive critical acclaim, with USA Today asserting “Golden Hour may be 2018’s best album yet.” The album has since been praised as one of the “Best Albums of 2018 (So Far)” by nearly every outlet, from NPR, TIME, Rolling Stone, Billboard, Variety and Entertainment Weekly to Consequence of Sound, Complex, Paste, Stereogum, and Marie Claire. Billboard states, “here, Musgraves has created her own musical world where twangy guitars, banjos, violins, and disco beats not only co-exist, they thrive,” Stereogum decrees “on an album that approaches perfection, our favorite tends to be whichever song is playing,” and Consequence of Sound predicts “Golden Hour is not just for 2018, but for the ages.” 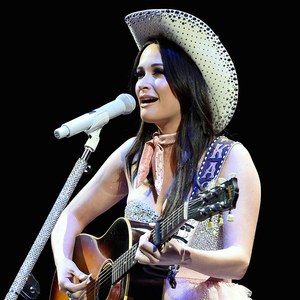