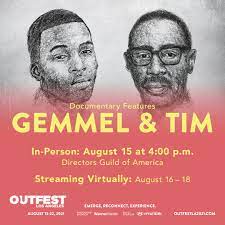 Buck has recently been convicted in federal court on nine felony counts, including injecting gay men with methamphetamine in exchange for sex, leading to the death of Dean, Moore, and other overdoses.

In this paralleled documentary, Director Michiel Thomas explores the in-depth human stories of Gemmel and Tim. Viewers will be able to observe these men’s lives through the eyes of their extended families. It will account for what led them to their tragic fate while investigating the details of the crime, offering caution to keep events like this from happening in the future.

In a statement regarding the film Director, Michiel Thomas says: “Being a part of the LGBTQ+ community in Los Angeles, this is a story that I’ve been incredibly passionate about for many reasons. According to the DCD, from 2008 to 2017, the number of fatalities from meth in LA county rose by 707%, approximately one death per day. An alarming trend that I witnessed with my own eyes – in 2020. I lost a friend due to the meth epidemic.”

“I’m a member of the LA gay basketball league (LAMBDA), where Tim Dean used to play, so Tim’s death has affected my close social circle deeply. I hear their outcry for justice, and I want to play my part in ensuring Gemmel and Tim’s deaths weren’t in vain. By shedding light on their lives, told by authentic voices who knew them best, I want to provide Gemmel and Tim’s extended family a platform to grieve, to show who their friend was, and to offer solutions to prevent these tragic events from happening in the future. I am highly blessed to collaborate with very talented, diverse, and beautiful souls on this project.” 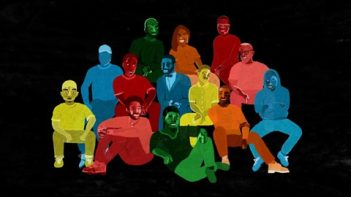