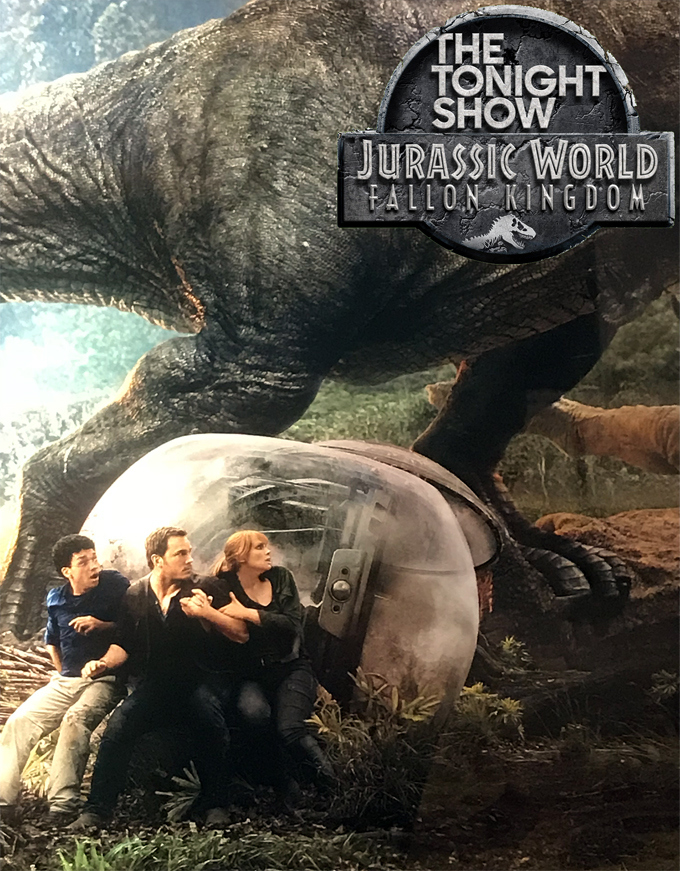 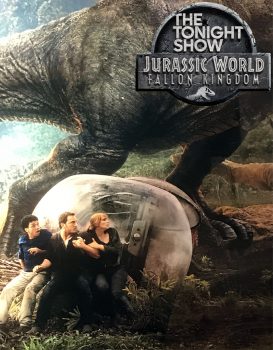 Los Angeles, CA, (The Hollywood Times) 6/10/2018–It’s been three years since theme park and luxury resort Jurassic World was destroyed by dinosaurs out of containment.! Isla Nublar now sits abandoned by humans while the surviving dinosaurs fend for themselves in the jungles.

Universal Pictures is looking to spark additional interest for the June 22 release of Jurassic World: Fallen Kingdom by partnering with The Tonight Show starring Jimmy Fallon. The show’s weeklong series of events will celebrate all things Jurassic.

When viewers tune in on Monday night, June 11, they will notice that the Tonight Show set has been converted into Jurassic World: “Fallon” Kingdom. The, all things, Jurassic fun and festivities will end on Friday, June 15. Scheduled to appear on the show to help Fallon celebrate Jurassic World: Fallen Kingdom are the film’s stars, Chris Pratt and Bryce Dallas Howard. 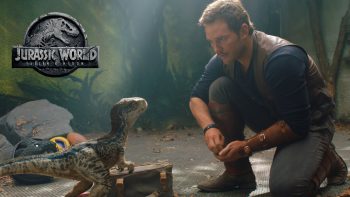 Jurassic World themed comedy skits and surprises will end with Pratt’s appearance on Thursday night and Bryce Dallas Howard will be on Friday night’s show. The stars will take Fallon through the problems encountered shooting on Isla Nublar and Pratt will go head-to-head with Fallon in a battle of the Tonight Show’s favorite game, Box of Lies. 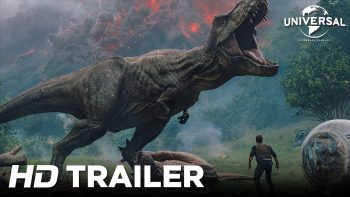