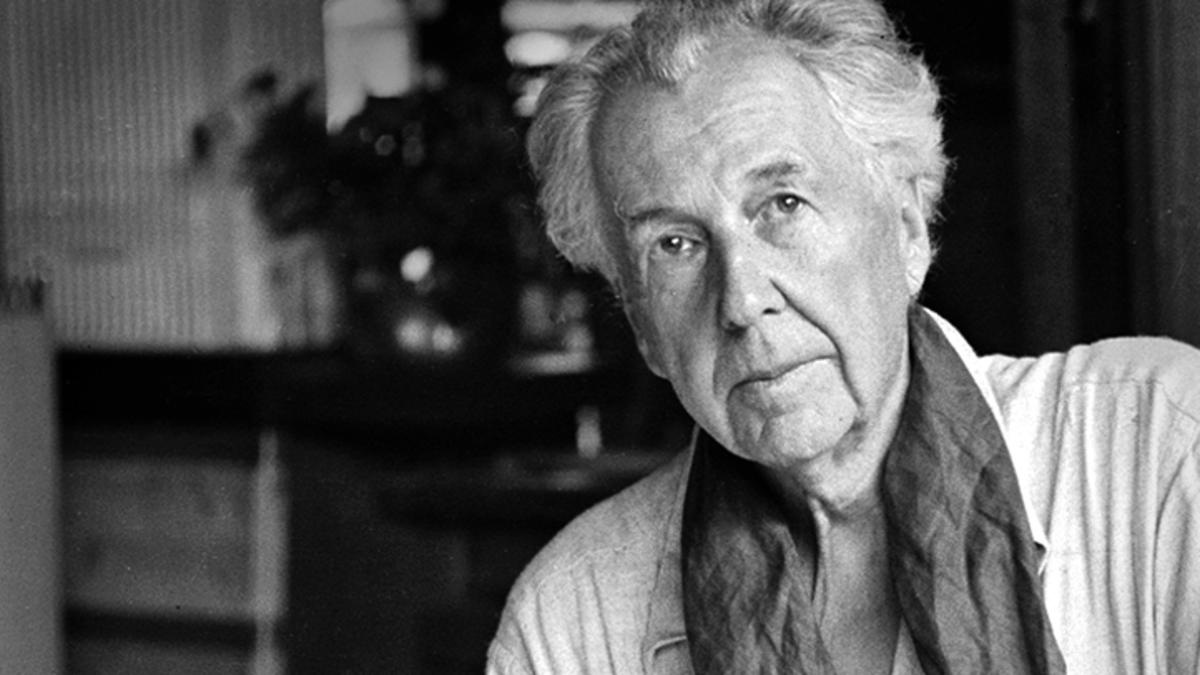 Five of his most dramatic homes are featured this week at TopTenRealEstateDeals.com.

Out of over 500 structures built from Frank Lloyd Wright’s designs, there are residential homes, museums, churches, commercial buildings, mausoleums and more stretching from the United States around the world.

He not only concentrated on the plans, but paid special attention from the building site to the interiors, designing the furniture, lighting fixtures, stained-glass windows and decorative ceilings. Most of Wright’s work was inspired by his appreciation of the simplicity and functionality of Japanese design where large walls of Shoji doors could be pulled back to expose calm gardens that became an integral part of the whole living experience.

During his career, Wright created four design styles: Prairie, Textile, Organic and Usonian. Out of these designs have come many of the features we use and love today such as the open floor plan, radiant floor heat, which he began using in 1935, and glass walls and doors. TopTenRealEstateDeals.com has rounded up five of the most interesting Frank Lloyd Wright houses that are currently or recently on the market.

One of Wright’s most interesting homes and a stunning location was built in 1955 in New Canaan, Connecticut in the hemicycle, or horseshoe shape. Tirranna, the native American word for running water, encompasses 7,000 square feet of living space on the Noroton River and a waterfall along with 15 heavily wooded acres.

In recent years, Tirranna was owned by memorabilia mogul and philanthropist Ted Stanley and his wife, Vada, who carefully restored the home’s original gardens and replaced any previously sold loose items designed by Wright with reproductions. The home’s most striking feature is the curvature of Tirranna and its glass walls which offer a panoramic view of the Noroton River and a dramatic waterfall.

Unusual for Wright in its amenities and more adapted to busier lifestyles, larger families and need for more guest space, there is a rooftop observatory with telescope, a caretaker’s suite, a guest studio, gold-leaf chimneys and the master suite has his-and-her baths. Overall, there are seven bedrooms and nine baths. Also included are a large barn, swimming pool patio, tennis courts and sculpture paths to the river’s edge.

With the death of his parents, Ted and Vada’s son, Jonathan, listed the property for sale with all the proceeds to be donated to charity. Originally priced at $8 million, Tirranna has been reduced to $7.2 million.

Wright designed homes for the super rich such as his most famous work, Fallingwater, for the owner of Kaufmann’s department store in Pittsburgh, but he was also an advocate of functional home designs that the middle class could afford. In 1949, a group of twelve scientists from the Upjohn Company in Michigan sought out Wright to design a community of homes. With simplicity, form and function in mind, Wright’s Usonian designs met their criteria. They wanted houses that they could build themselves or with limited help and chose a 70-acre parcel of open and wooded land with a three-acre pond in Galesburg, Michigan. They originally named it Galesburg Country Homes Acres but later abbreviated it to The Acres. Each scientist wrote a letter to Wright requesting his help to design the project. The plat outline consisted of 22 homes on one circular acre each with 50 acres left natural for the enjoyment of the residents.

The Acres’ Usonian designs were Wright’s first foray into organic ranch-style architecture. They were affordable but tailor-made to the individual client’s needs, practical, functional and blended in with their surroundings. They were organic in that they appeared to come “out of the ground and into the light,” as Wright was fond of saying. Access to nature, both physically from every room in the house and visually from inside the home interiors, played a major role in defining Usonian style. Homes were built with natural materials, walls of glass for winter passive solar collection, radiant-heated floors, flat roof lines with overhangs, carports and built-in furniture which, according to Wright, made additional furniture unnecessary.

Although the project had many supporters at Upjohn, it was a bit of a drive from Kalamazoo before Interstate 94 was built and the designs perhaps too unusual for Midwestern tastes. Only four Wright homes were ever built at The Acres: The David and Christine Weisblat Residence, the Eric and Pat Pratt Residence, the Samuel and Dorothy Eppstein Residence and the Curtis Meyer Residence. A fifth residence that was designed by Wright protegee Francis “Will” Willsey for Günther and Anne Fonken, now referred to as the Günther and Anne Fonken House, was built in 1959, the same year Wright died.

On the market last year was the Samuel and Dorothy Eppstein Residence. Samuel was a research scientist and Dorothy a researcher at the Upjohn labs. They had only been married six months when they commissioned their new home and construction was completed in 1953. The 2,250-square-foot Usonian includes three bedrooms, two baths, two fireplaces, and a large general purpose room. Though the kitchen has been rebuilt by a local craftsman in the Wright style, the home has all of Wright’s built-ins including two tables that were reconstructed to exact specifications. Ten-foot walls of glass are positioned to capture idyllic views of valley and meadows. There is also a swimming pool that was added in later years.

Asking $455,000, the Eppstein Residence was the lowest priced Wright home on the market in 2016 and a rare opportunity to own a Wright Usonian in a 70-acre, fully Wright-designed community kept completely intact since its inception. The home sold last July for $368,000, setting a record for the highest sale in The Acres.

Andrew and Maude Cooke of Hampton Roads, Virginia, started writing to Frank Lloyd Wright in 1951 asking if he would design the house they had always dreamed about. It was a long process with stops and starts and redesigns, but the Cookes finally received the completed home plans in 1957. The couple didn’t start building until 1959, just two weeks before Mr. Wright’s death. The home was completed in 1960 on Crystal Lake in Virginia Beach, where Wright designed the home to take full-view advantage of the woodland and dunes along the water.

Wright’s Usonian design incorporated his passive solar hemicycle aesthetic of a sweeping half circular design leading the eye to the dunes and lake. The street-side elevation was enclosed to separate the family from prying eyes and street noise. The drive leading to the house is further sound deadened and made private by stands of loblolly pines and underplantings of large azaleas, camellias, dogwoods, magnolias and cherry trees. Diverted by the conservative entrance, first-time guests would never expect to walk in and see the lake through the dramatic long curve of solid glass.

After twenty-three years in the home and the passing of her husband in 1983, Maude decided it was time to sell; Daniel and Jane Duhl were the buyers. Daniel, a textile engineer and a legend in the textile industry, first gained fame in the 1960s by developing a casement drapery fabric that didn’t droop and went on to develop a non-drooping fabric slat for shades. As an engineer, he had deep appreciation of Wright’s work and he and his wife set about a total restoration of the property, for which an award for preservation from the American Institute of Architects (AIA) of Hampton Roads was bestowed. During the restoration, the Duhls added air conditioning to preserve the house from humidity, and a 14-foot swim-spa was installed in a stepped-down terrace. To hide the pool’s mechanical equipment, they built a large underground bunker into a dune which housed the equipment as well as a sauna and gym. They also added two docks on the lake, one a floating dock for small boats and a large dock that can accommodate two large yachts. In addition to these amenities, the house also has a double carport and a servant’s suite.

Frank Lloyd Wright’s passive solar hemicycle beach house in Virginia Beach was originally for sale at $3.75 million in 2014, reduced to $2.75 million and sold to a local businessman who had wanted it for over 30 years. The final sale price was $2.2 million in 2016.

The Olfelt House in Minnesota is one of the last Wright houses to be sold by the original owners, designed in 1958 with construction completed in 1960. Now at age 90 after living in this home throughout their lives, the Olfelts put the house on the market for the first time ever. Hugging the earth on its low knoll overlooking the meadows and forest of its 3.77 acres on a secluded cul-de-sac, Wright’s inspiration for the design was spurred by its tranquil pastoral setting.

Most remarkable and because the Olfelts have been the only owners, all the furniture and fixtures that Wright designed for the house are still intact and have been lovingly maintained in their original condition. The dramatic approach to the front of the brick Usonian does not disappoint on the interior. A true visionary, as early as 1958, he designed not only a kitchen island, but also the bar stools surrounding it. By the time he created the plans for this house, Wright understood how much family lifestyles had changed since his first designs and the Olfelt house fills a modern family’s functional and aesthetic needs with its open floor plan, huge spans of glass bringing the outdoors inside, terraces for outdoor enjoyment, a large modern updated kitchen, office and spacious lower-level family room. At 2,647 square feet, the three-bedroom, two-bath home has an open feel with the Wright signature vaulted ceilings and large living room fireplace.

Originally priced at $1.495 million, the home has recently been reduced to $1.295 million. The original Wright-designed, museum-quality furniture and lighting are included in the sale price.

Frank Lloyd Wright’s final design was the Norman Lykes House in Phoenix in 1959, just a short time before he died at age 91. As related by his apprentice, John Rattenbury, after the building site was chosen, Wright set the project aside waiting for inspiration to strike. One morning he started the day by drawing two overlapping circles in a rough sketch, walked out of the studio and two days later was in the hospital.

Though Wright passed away before finishing the working plans, the Lykes hired Rattenbury to complete the plans according to the details set forth by Wright. The couple loved the completed plans, though it was another seven years before they started construction. When they did, Rattenbury oversaw the build and the home was completed in 1967. In addition to the structure itself, Wright also designed the furniture and built-ins for the home.

In 1994, new owners wanted some updating, so they called back Rattenbury to do the redesign by expanding the master bedroom, converting a workshop into a media room and combining two other bedrooms into a guest room – all without disrupting the overall design. Rather futuristic for its time, the circular and curvilinear design has become a timeless piece of architecture that continues to be copied by today’s designers and builders.

Formerly for sale in 2016 and registered with the Frank Lloyd Wright Building Conservancy, the 2,849-square-foot home on one acre of desert plateau has three bedrooms, three bathrooms, the signature large living room fireplace intended to bring families and friends together, a lower-level media room, two home offices with built-ins of desk, cabinet storage and walls of shelving, a distinctive curved kitchen with Wright-designed island and unique under-cabinet windows and timeless stainless-steel counters, contemporary tiled large baths, and a privacy walled crescent pool patio viewed from inside through glass walls. There is also a separate large office in the round with all built-in furnishings encircled by half-moon windows. Views of valley and mountains can be seen from almost every room.

Classic last Wright design before his death, contemporary for today including lots of storage space with furniture and built-ins, the Lykes House was for sale in 2016 priced at $3.6 million and is currently off the market.