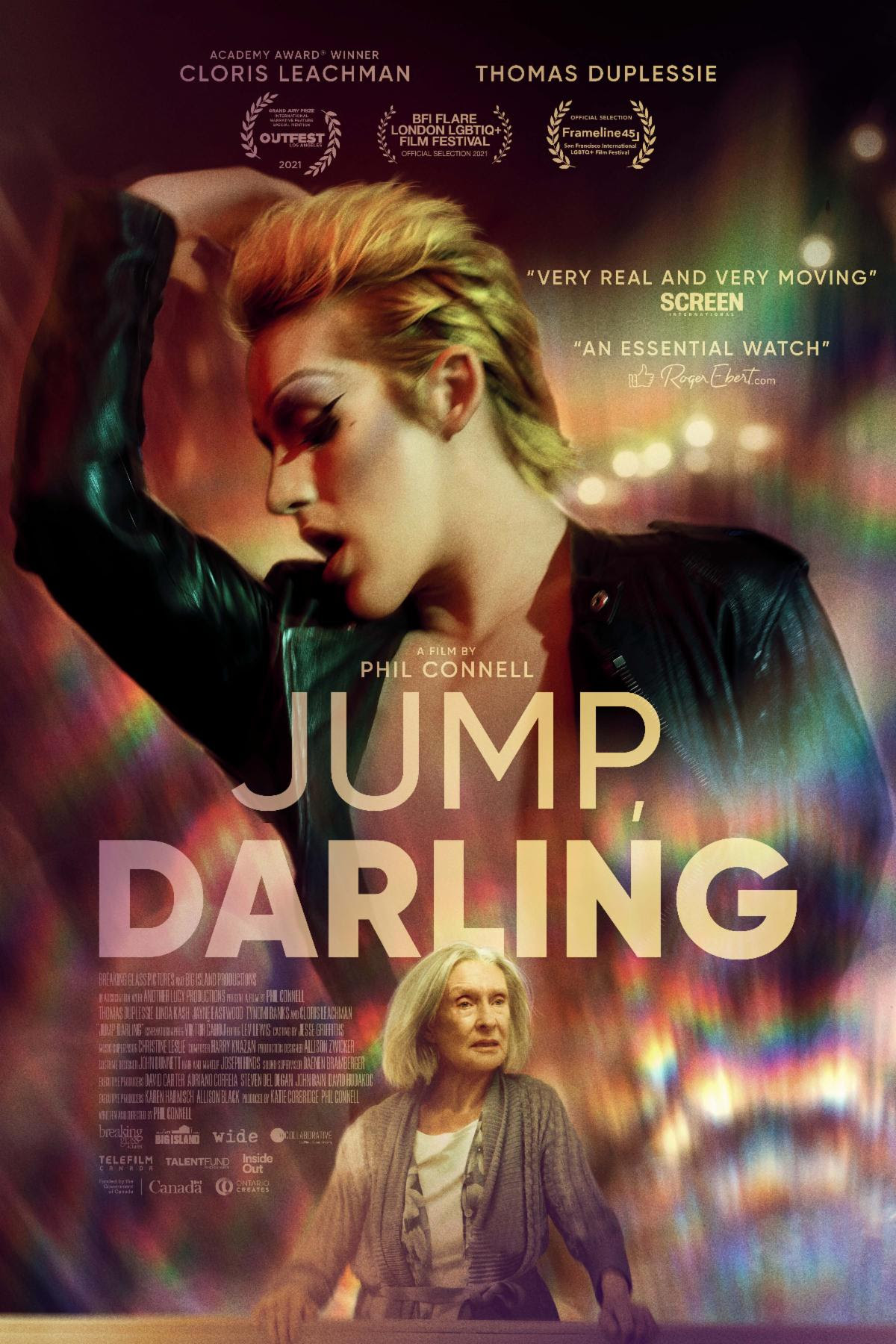 HOLLYWOOD, CA (The Hollywood Times) 3/16/22 – We open on a shuffling old lady, Margaret (Cloris Leachman), accidentally blowing up her country kitchen while trying to light the gas stove. Meanwhile, in the big city, a young man named Russell (Thomas Duplessie) is drunkenly running away from both his straight-laced boyfriend and his drag club debut. He runs all the way to Grandmas Margaret’s farmhouse on Prince Edward County (“Did you burn your hair?), but mainly to pick up the classic Jaguar she promised him as a 31st birthday present. 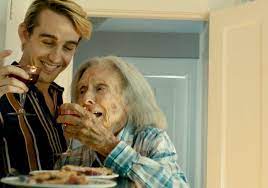 We think we know exactly where this is going. Two wounded outsiders overcome their difference and bond, healing one another in the process amid laughter, tears, and probably an eventful road trip. To its credit, this feature debut from writer-director Phil Connell does not take that well-trodden path. To its detriment, I can’t say the route it takes is much more interesting. 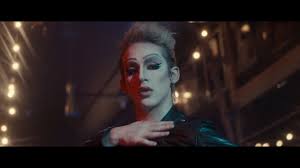 Jump, Darling has already been well received at LGBTQ festivals prior to its March 18 theatrical debut (March 29 on digital platforms), and that’s something of a surprise, because gayness has very little impact on the story. That young Russell wants to do drag doesn’t shock his grandmother, appall his mother or alienate is old school friends. It only upset his partner because lip-synching at Peckers just isn’t particularly… upscale.

“Drag isn’t so much about who you fuck, it’s about saying fuck you,” insists Russell in the movie’s best line. But there isn’t really anyone who needs to be told off here; everyone is on his side. Still – how much do you love a drag club called Peckers? 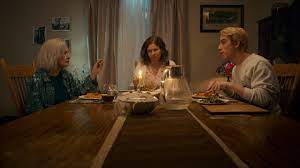 The main conflicts are with Russell’s mother/Margaret’s daughter, played by veteran Canadian comedienne Linda Kash. Like the old saying has it, children and their grandparents get along so well because they have a common enemy. But despite efforts to portray her as controlling or judgmental, Mom really is trying hard to do her best for everyone. Margaret can’t safely take care of herself any more. And Russell… well, he is forging her checks and stealing her money. 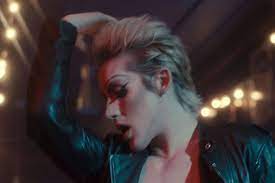 Also on hand to be a villainess is a mainstay of Canadian television, the wonderful Jayne Eastwood as Margaret’s old friend – not that she ever does anything actually villainous. The supporting players here — including some great Toronto drag queens — are wonderful, but have the unfortunate side effect of highlighting the lead actor’s shortcomings. A thorny character like Russell needs a wildly likable actor portraying him, and you need massive charisma to shine onscreen next to a bright star like Cloris Leachman. Duplessie just isn’t there yet. Plus, we spend a lot of screen time on his drag numbers which, honestly, were better done any Thursday night at the late lamented Flaming Saddles in WeHo.

But the movie is still well worth the watch. Connell has a great eye, and Prince Edward County is an interesting and unusual landscape to explore with the camera. And Leachman, in her final leading role before her death in 2021 at the age of 94, is a treasure. From her Oscar-winning performance in 1971’s The Last Picture Show on, Leachman has been a fearless actor, willing to forgo vanity and the spotlight to pursue her craft. Jump, Darling is a fitting send-off and cap to a brilliant 50-year career.

Written and Directed by Phil Connell