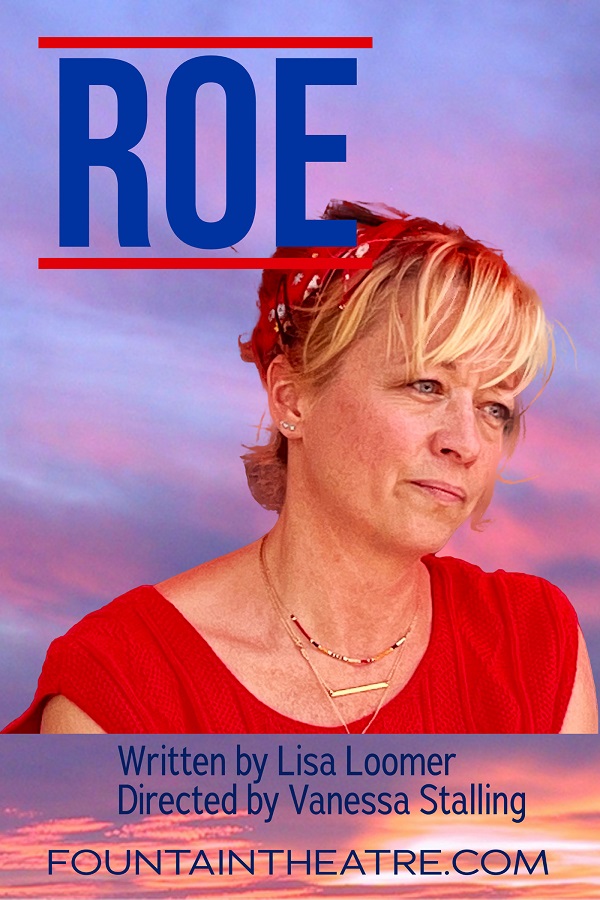 LOS ANGELES (July 7, 2022) —The Fountain Theatre will live stream the final performance of Roe by Lisa Loomer on Sunday, July 10 beginning at 8 p.m. PT/11 p.m. ET. The event will be made available  free of charge as a public service to audiences around the country. To receive a link, go to www.fountaintheatre.com.

Part outdoor rally, part call to action, part guerrilla theater, Roe is concluding a 3-week, sold-out run on the Fountain’s outdoor stage, where it is being presented as a “hyper-staged” reading.

Powerful, poignant and often humorous, Loomer’s play cuts through the headlines to reveal the real-life women—Norma McCorvey, known as “Jane Roe” and Sarah Weddington, the lawyer who argued the case—behind Roe v. Wade, the landmark 1973 Supreme Court case that gave women the right to safe, legal abortion. Fast-moving and fair-minded, Roe brings these two complicated human beings, the challenging years following the court’s fateful decision, and the polarization around the issue in America today into sharp focus.

“This live stream broadcast of our final performance will be the crowning event of this remarkable journey that started only one month ago,” says Fountain Theatre artistic director Stephen Sachs. “It is happening because people are passionate about this issue and care deeply about supporting the Fountain in our effort to give it a voice.”

The live stream is sponsored by The Center on Reproductive Health, Law, and Policy at the UCLA School of Law. The center is an innovative new division engaging with community organizations, scholars, lawmakers, practitioners and advocates on reproductive health, law and policy. For more information or to get involved, go to law.ucla.edu/academics/centers/center-reproductive-health-law-and-policy.

The seven-camera live stream will be directed by award-winning filmmaker, director and editor Jeff Richter of Beautiful Pictures Inc. and produced by Barbara Jacobs of Barbara Jacobs Events & Consulting. The director of photography is Chuck Ozeas. Equipment is being donated by Kemp Curly and Transition Productions. The camera crew is also donating their services, time and equipment to support this event.

CounterPunch calls Roe “a powerful, compelling, topical work of political theater about a pressing issue of the day presented by a talented ensemble,” and local L.A. theater site Stage Raw named it “One of the most vitally important pieces of theater in Los Angeles.”