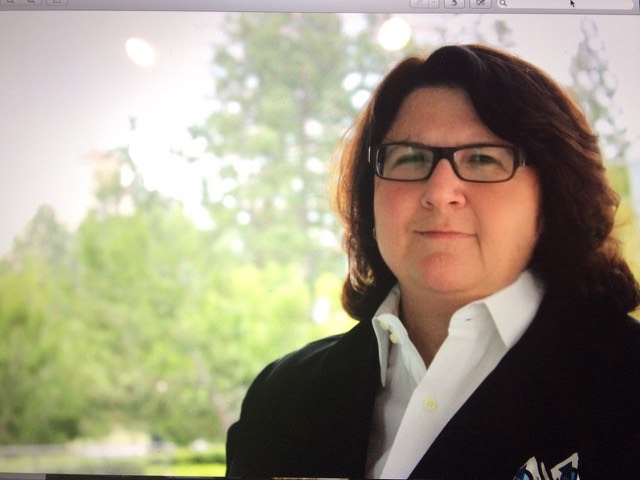 At the age of eleven, while most kids were pre-occupied playing with toys, Julie Stern carried around a briefcase every day. From an early age, she was a geek girl who meant business. And, in fact, she knew, probably from her father’s early Hollywood influence, that being an executive in the business was her passion. She did mean business.

Many women have the ambition to succeed in business, but what does it really take to make it, especially in a male-dominated competitive industry like film and television?

What can we learn from powerful women like Julie Stern to apply to our own career trajectories?

Julie started her career at the bottom. As a kid, she observed her father, who, with her uncles, founded and owned the motion picture rental company, Birns & Sawyer. As she grew, she took every opportunity to learn the industry from the bottom up from grabbing coffee for producers to Xeroxing scripts and running errands. “Whatever was thrown at me as a kid or young producer, I did it and I learned a lot. I worked hard.”

That hard work paid off. Julie proved herself over and over again as the person who could lead the charge and move creative projects forward. Julie’s impressive resume includes serving as Senior Vice President, Production for OWN: Oprah Winfrey Network where Stern was affectionately referred to as ‘the general’ by Winfrey and Sarah Ferguson, Duchess of York, for her expertise and command of projects. Prior to joining OWN, Stern held the position of Vice President, Production for Lifetime Entertainment, where she was responsible for oversight of all unscripted programming and development, including the Emmy Award-winning hit series, Project Runway.

Stern has never let obstacles get in her way. She is often asked whether her journey has been challenging as a gay female executive in Hollywood.

Julie shared with me, “I never wavered. I was who I was the entire time. I endeavored to just be who I am. And accepting myself may have been an example to people. No shame, just do the job and do the best you can. Believe in yourself and what you have to offer. Walk into every meeting with strength.”

Bonnie Marcus: You say that as a leader you never lose sight of humanity. Can you give me an example?

Julie Stern:  Not losing sight of humanity is something I’m most proud of and that I’m recognized for. No matter how far I’ve moved up the corporate ladder, I am a person who does believe everybody has a voice. If somebody is struggling, if a crew member is having a problem, if a fellow network executive is having a personal problem, I never close my door. You try to keep a professional boundary. But the truth is some people are hurting. And some people need advice or are having struggles.  I’m somebody who is known for really providing a safe space should somebody need it. It’s a unique quality, I’m told. But that’s just really who I am.

Marcus: And how do you balance that withholding your team accountable for results?

Stern: That’s what leadership is. One of my mentors is Susanne Daniels. She was the President of Lifetime. She is now Global Head of Original Content at YouTube and all of their original programming. She’s somebody I’d follow into the trenches. As I would JoAnn Alfano, Executive Vice President, Scripted Programming NBC International. I learned so much from them. They truly are my mentors. They had healthy boundaries but always listened. They never lost humanity or humility. They always had an open-door policy but were leaders and warm. By warm, I just mean fluid and showed an interest in people. They cared about the job, but the people as well. Those traits impressed me the most and I endeavor to continue that legacy.

Marcus: That creates loyalty from your team.

Stern: Yes. And it is true. I take care of my staff, my employees, my crew, and they are devoted. I try to keep things fresh. It’s never mundane in entertainment. There’s always something new, a new hurdle, a new obstacle. Then I work on it and open the door. If I can include them, I want to. Of course, there are times when you’re in executive management and you can’t do that. It can be difficult. You’ve got to let somebody go. There are definitely hard decisions that come with that level of management. But it comes with the territory. Just be kind. Never lose that. But you still have to be tough sometimes.

Marcus: What did you learn from working for Oprah?

Stern: I learned that to be a good manager and a healthy manager and somebody that people want to work with, you’ve got to listen. And not be afraid of what you’re going to hear. Stay open. I learned that it’s really important to work towards a goal. I learned to respect the process. She had a vision, and our goal was to take that vision and create it. I learned that I needed to pull in all my past skills and pull in everything I’ve learned and bring them to the table and use them to manage or cope and still stay on message. I learned a lot about listening.

Marcus: What would you say contributes to your success?

Stern:  Keeping true to my beliefs and never forgetting who I am and what I’m intrinsically bringing to the table. Networking every day. Never failing. Being confident, being able to make decisions. Being a person. And always keeping ego in check.

Marcus: What would you like other ambitious women to know about how best to move their careers forward?

Stern: It’s vital that when anybody, but especially women, have a passion to do something, it’s important to stick with that passion, not be afraid or question whether they should move forward. I think it’s important to follow what’s in their truth. If you happen to run across some obstacle, just deal with it then, but don’t let it stop you from what you really want to do, whether it’s producing, writing, anything social media, legal, finance. This really applies to any profession. But I would like them to know that it is all possible. And to just be who they are. Just stick with what their truth is. That way, no matter what happens they’ll never have abandoned themselves. They’ll never have given up their dream because they were intimidated or called out on something. Stick with it. I’m living proof that humanity, humility, and hard work pay off.