ON ‘LIVE WITH KELLY AND RYAN’

Nationally syndicated morning talk show “Live with Kelly and Ryan” announces the lineup of guests appearing on the show the week of Aug. 24-28.

All episodes and interviews will be conducted VIA VIDEO CHAT. 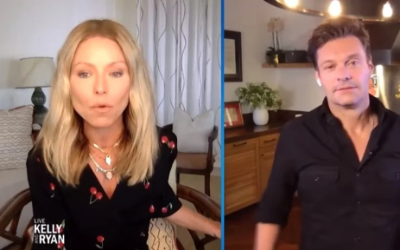 Monday, Aug. 24 – Kelly and Ryan talk with JOSEPH GORDON-LEVITT about the film “Project Power,” and DR. MICHAEL ROIZEN shares tips for viewers to boost their immunity.

Wednesday, Aug. 26 – Kelly and Ryan catch up with CONNIE BRITTON; MATT BOMER talks about “Doom Patrol”; LONNIE CHAVIS details the latest on “This Is Us”; and YouTube’s RHETT & LINK and the hosts experiment with crazy cereal concoctions.

Thursday, Aug. 27 – Kelly and Ryan chat with ROB LOWE and “The King of Staten Island” director JUDD APATOW; PADMA LAKSHMI talks about the series “Taste the Nation”; and LinkedIn’s CATHERINE FISHER teaches how to ace a virtual interview.

“Live with Kelly and Ryan” is distributed in national syndication by Disney Media Networks.  The show is produced by WABC-TV in New York and executive produced by Michael Gelman, Kelly Ripa and Ryan Seacrest.  Visit “Live” on the web (KellyandRyan.com), Facebook, Instagram, Twitter and SnapChat (@LiveKellyRyan).