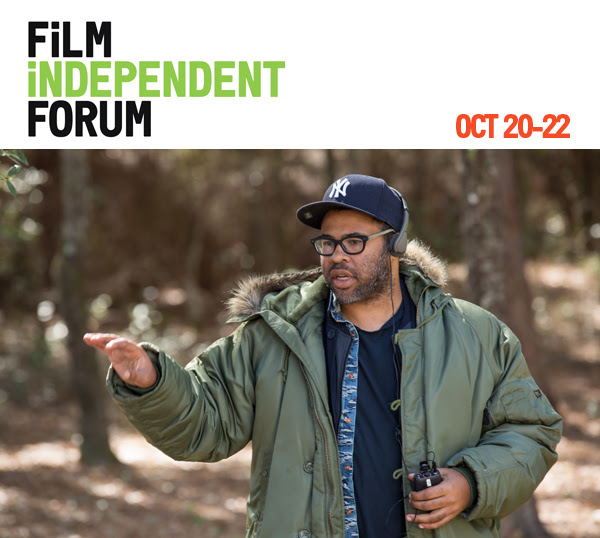 Hear from Get Out writer/director Jordan Peele
at the 2017 Film Independent Forum!

Jordan Peele’s directorial debut Get Out proved that social critique, entertainment and box office are not mutually exclusive. Hear how he made 2017’s most profitable film to date on a $4.5 million budget at the 13th annual Film Independent Forum October 20-22 at the Director’s Guild of America in Los Angeles.

At the Film Independent Forum, you’ll be armed with the tools to get your project made and seen. Learn from risk-takers, industry legends and powerful filmmaker voices. Taking place over a weekend packed with interactive panels, valuable one-on-one industry meetings and networking receptions, this year’s Forum topics include:

Take advantage of early registration pricing through September 15 and save almost 40% if you’re a Member and almost 20% if you’re a non-Member.

Buy your pass by September 15 and save.