Advertisement
Home #Hwoodtimes Jolly Goodfellow’s Fool On The Hill Beatles connection
Facebook
Twitter
Pinterest
ReddIt
Email
Jolly’s story shared by Lorraine Chambers
Anyone who knows Jolly Goodfellow Aka @rumpel_fool understands this kind adventurous performing soul is a one of a kind character. We met five years ago in line for the big 90th anniversary of Central Casting at their Burbank offices back in 2015. While he is back home with family, I am watching over some of his stuff while he is away. He has performed in 50 countries and he does marathon one man shows that range from 24 – 50 hours long. He is a big hit in summer European festivals.
Here is the latest from Jolly.
‘Pretty bizarre really, Pat O’day’s son Garry taught me how to drive my 1968 lady beetle car in Vegas in 2009, and a week after I bought this car, out of the blue I bumped into Jimi Hendrix’s brother, Leon whilst in my jester attire, on arrival to West Fest (40th Woodstock Anniversary Celebration Festival) in Golden Gate, Park, San Francisco. What a way to arrive to a festival. 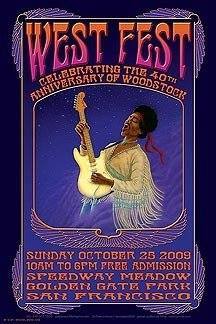 Pat O’day was a cofounder of Concerts West and was responsible for handling Jimi Hendrix’s US concert tours. He also introduced the Beatles on stage in Seattle in 1964. Kind of odd, I was the original ‘Fool on the Hill’ character in the Beatles/Cirque du Soleil ‘Love’ show for two years at the Mirage Casino, Las Vegas, 2006-2008, and a year later my transport becomes a 68 lady beetle. There were two VW beetle cars in the ‘Love’ show, it’s funny that the original FOoL on the Hill character ends up driving a lady beetle car after leaving the show to get around.
My ladybug was parked for a few years at Jim Crockett’s place, on the outskirts of Los Angeles. He was the publisher and editor of The Guitar Player Magazine for twenty years. Kooky I won a Casino Epiphone electric guitar (John Lennon replica) at a music event in Southern California a few years ago at the John Lennon tour bus.
It’s weird the Beatles first manager, Allan Williams (the man who gave the Beatles away) wrote a book called ‘The Fool on the Hill’
I coincidentally met him out of the blue, only an hour or so after I bought his book in Liverpool. He was a lovely chap. Fab I got a photo of us together holding each other’s fool books. Was cool to have lunch with Klaus Voormann several years ago at a restaurant in Bavaria, Germany, he played bass guitar on John Lennon’s ‘Imagine’ song.
He did the Revolver album cover for the Beatles, also the anthology cover art for the band with Alfons Kiefer. 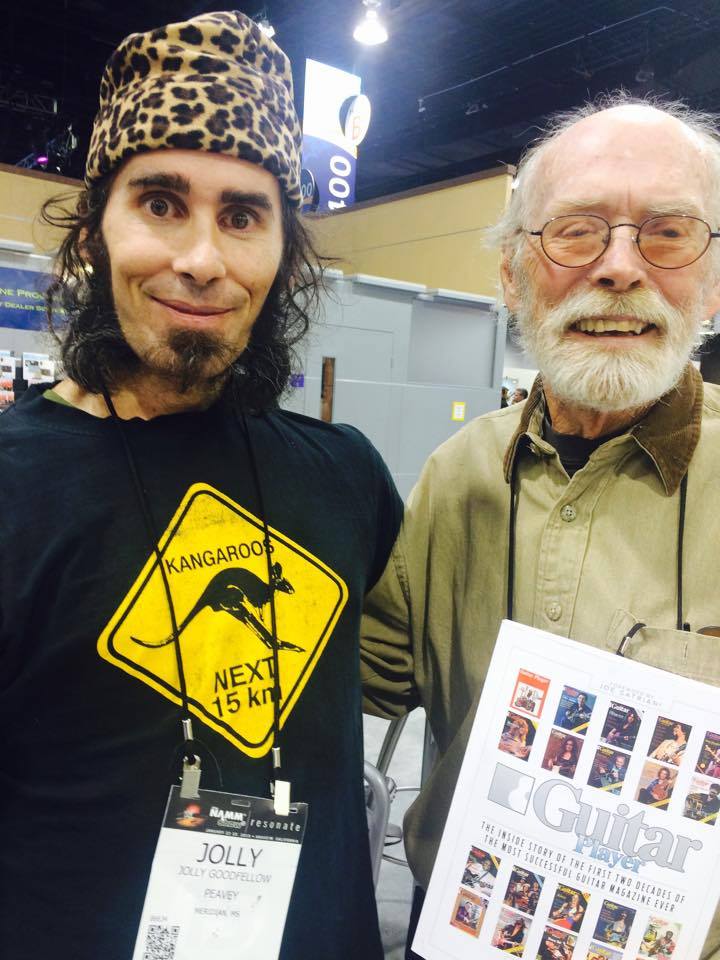 I use to live with Martin Sharp for three months in 1996. He did the album cover art for ‘Disraeli Gears’ & ‘Wheels of Fire’ for the 60’s band, Cream. He lived in the same apartment with Eric Clapton for two years, in the ’60s, in a place called the Pheasantry in London. He also produced some Tiny Tim records. Kind of odd I was the octopus in ‘Octopus’s Garden’ , Ringo Starr’s only song in the Beatles/Cirque du Soleil ‘Love’ show in Vegas, and about five years after I left the show, one of my friend’s who I have known for umpteen years, told me his daughter has been going out with Zak, Ringo’s son for a long time, and still is. They are in a band together.
My ol’ friend Robin Nolan was a friend of George Harrison, use to play gyspy jazz music at his place. He just got a mention in a music article as being one of George’s ten favorite guitarists.
George loved the ukulele, especially George Formby. My friend Martin Sharp told me the time Tiny Tim met George Harrison and recorded the ‘Nowhere Man’ song together. I was at Martin’s house a few times when he was talking to Tiny Tim on the phone.
Such a shame he passed away later that year at a women’s function whilst singing ‘Tip Toe Through The Tulips’ on stage in Minneapolis, the same song which he was renowned for.
Gosh! There seems to be some weird serendipity going on with my fool’s journey. 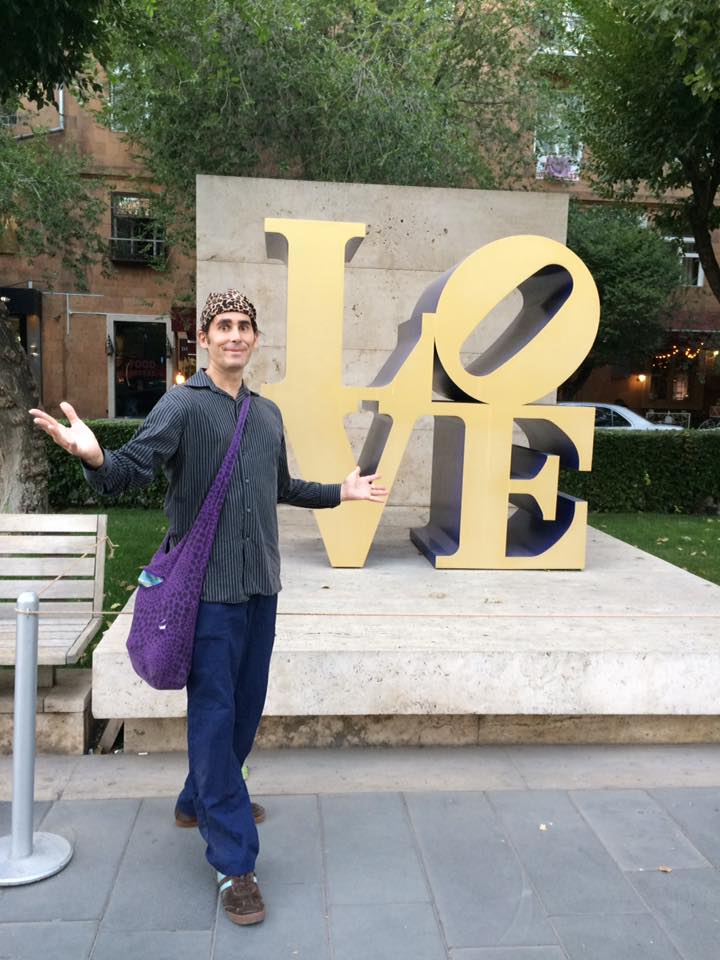 I’m the Rock’n’Roll Fool on the Hill…
Gosh! Also uncanny, my friend in LA who made a short film of me, called ‘The Fool Under the Hill’, he borrowed the video camera for it from Michael Schultz, who directed the 1978 musical film called Sgt. Pepper’s Lonely Hearts Club Band. Kooky he put my friend Achim Schultz’s rendition of the ‘The Fool on The Hill’ song as the soundtrack for the film he made of me. I didn’t know he had done that until I saw the film, which is even more strange as Michael & Achim share the same surname, but they are not related.
All of this is sheer coincidental serendipity.
Twighlight Zone!
Weird!
What is going on?
I think I have to do a fab rendition of ‘For He’s a Jolly Goodfellow’ song 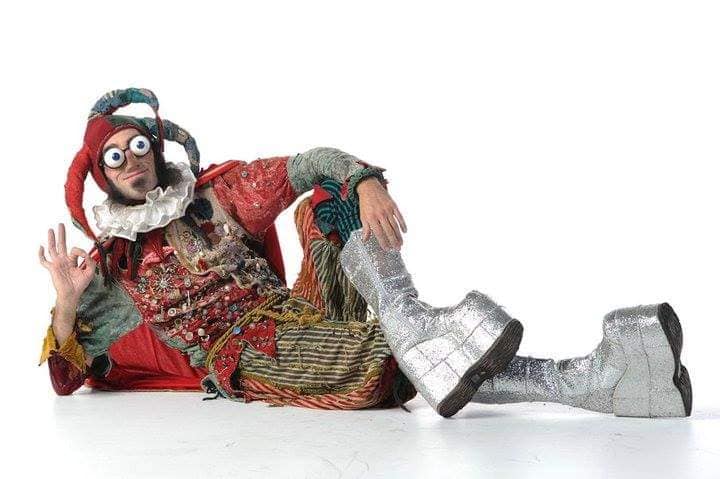