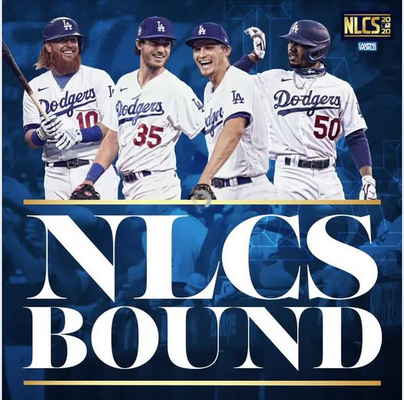 Los Angeles, CA, (The Hollywood Times) 10/11/2020 “We have the best fans in baseball, and the support of Dodger fans has meant so much to us this year. We wish we could be playing in front of 56,000 fans at Dodger Stadium Monday, but we’re excited that the Dodgers have created a safe way for the community to come together and hopefully cheer us on to the World Series.” Dodger manager Dave Roberts

Dodgers fans, the boys in blue have done it again. They are playing in the NLCS Monday, October 12, 2020, in Arlington, Texas against the Atlanta Braves.

Yes, excitement is in the air as the Dodgers will fight to clinch the World Series Championship title for the sixth time in history. Their last win was in 1988. And as with the Dodgers love for their fans never ceasing to end, they are hosting drive-in viewing parties at Dodgers Stadium for the National League Championship Series.

Tickets are on sale now at Dodgers.com/DriveIn

Admission is $75 per car and must be purchased in advance, with no on-site sales available. Viewing will take place on 60-foot screens in Dodger Stadium Parking Lots 2/3, with audio broadcast through an FM transmitter (radio).

Bring Your Own Goodies

Concessions will not be available, and fans are encouraged to bring their own food and beverages, though alcohol is strictly prohibited.

The Dodgers Postseason Drive-In will be operated in accordance with LA County’s Reopening Protocol for Drive-In Movie Theaters.

Entering, Parking, and Exiting the Lot 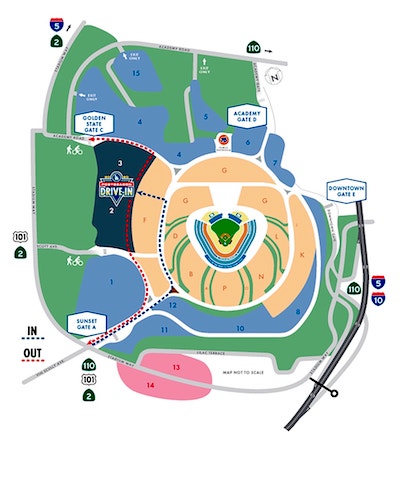 No outdoor seating is permitted, fans can enjoy the game from the comfort and safety of their vehicles. Social distancing and mandatory face coverings will be enforced should fans need to access restrooms, which will be sanitized regularly. Dodger Stadium will not be accessible. A full list of safety measures and security protocols can be found at Dodgers.com/DriveIn.

The best-of-seven series begins Monday with games scheduled on consecutive days. Parking gates will open for the Dodger Stadium Drive-In one hour prior to game time each day.