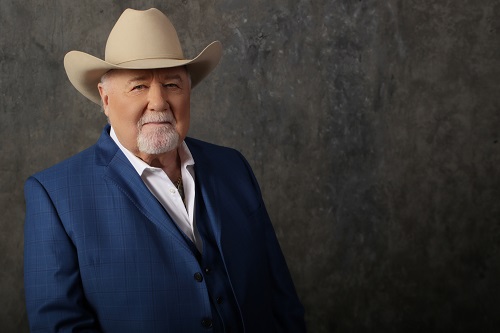 NASHVILLE, Tenn. – With March Madness upon us, Coors Light brings some couch comfort with their latest ‘Made To Chill’ series TV spot. Coors Light selected Johnny Lee’s “Lookin’ For Love” as the soundtrack to their :15 ad featuring a couple taking in a basketball game in a home that has obvious evidence of long-quarantined clutter. On the Coors Light YouTube channel, they say, “It’s time to say goodbye to all of the hobbies that didn’t keep you chill last year, and welcome back your one true love: beer and basketball.”

iSpot.tv describes the spot:
This man has had a lot of time to try new things while sports were on hold. However, what started as hopeful hobbies became merely clutter in his apartment as time passed. A home gym morphed into a laundry hanger, half-read novels and dried-up paint palettes now litter the dining room table, and even the new puppy only completed a fraction of his training, evident by the chewed-up sneaker on the floor. Despite all of these failed attempts at finding new activities to ease the absence of sports, the man never lost hope that his favorite hobby would return. The moment finally comes as he reaches into his fridge to grab a familiar beverage and sits down on his sofa to do what he’s been waiting for: watching the game with a Coors Light.*

And the TV announcer happily states “We’re finally back…”

“I think it’s pretty damn cool to have “Lookin’ For Love” featured in the new Coors Light commercial,” said Johnny. “Country music and beer go together perfectly! The only thing that would be better is if they would send me a lifetime supply, then I would be all set!” 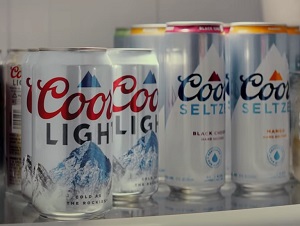 “The tournament was the first thing canceled because of the pandemic, but it’s back and we’re celebrating it,” says Chris Steele, North American marketing director for Coors Light. “The biggest thing that Coors Light provides right now is a sense of chill, and the tournament is a nice moment to kick back, crack open a Coors Light or a Coors Seltzer, relax and watch basketball.”

The spot, which is running throughout the three-week tournament, is the latest salvo in Coors Light’s “Made to Chill” campaign, which has helped Coors Light gain share in the premium lights segment and propelled the brand’s sales in the off-premise channel. It also marks the second time Coors Light and Coors Seltzer have partnered up for an ad. The two brands were featured in a spot around pro football’s championship game, where they explored whether people could dream an ad while they sleep.* 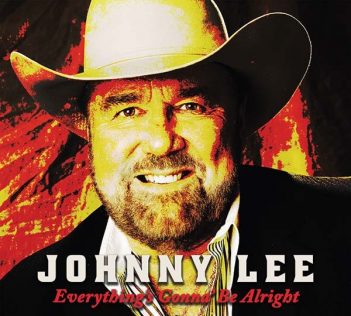 Johnny also exclusively shared with People.com about his recent diagnosis and ongoing struggle with Parkinson’s disease, and how he’s not going to let it keep him down. Read the full story HERE.

Last year marked the 40th anniversary of the hit movie Urban Cowboy starring Johnny Lee, which changed the dynamics of country music and catapulted it to the next level in pop culture. As part of the celebration, Johnny Lee reunited with Mickey Gilley for the Urban Cowboy Reunion Tour.

In November at the 54th Annual CMA Awards in Nashville, both were recognized for their contributions to country music and Lee’s hit single “Lookin’ For Love” was featured and performed by Old Dominion. The Urban Cowboy Reunion Tour will continue throughout 2021. Old and new fans will not want to miss the release of this one-of-a-kind legacy album!

The new album is available on all streaming platforms at orcd.co/JohnnyLeeEverythingsGonnaBeAlright. 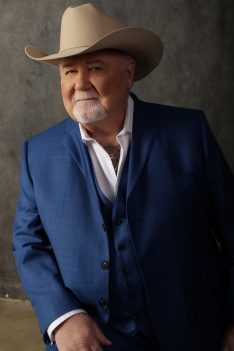 Johnny Lee was born in Texas City, Texas, and is a member of the Texas Country Music Hall of Fame. In 1968 he began a working relationship with Mickey Gilley at the world-famous ‘Gilley’s nightclub in Pasadena, Texas. In 1979, Lee’s first screen role was in a 1979 TV movie ‘The Girls in the Office’ starring Barbara Eden and Susan St. James. He was then asked to perform in the Urban Cowboy film, starring John Travolta and Debra Winger. “Lookin’ For Love” was included in the movie’s soundtrack, and became Lee’s first gold record. The song spent three weeks at #1 on the Billboard country music chart, and #2 on the pop music chart, later becoming one of their Top 100 Best Country Songs of all Time.