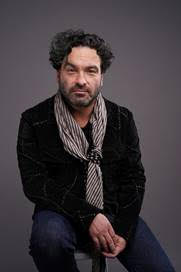 “I remember the whole crew and the crowd melting away.”

– Johnny Galecki on the most memorable scene between him and co-star Kaley Cuoco’s character, when Penny tells Leonard that she loves him.

Johnny Galecki, star of the CBS hit show The Big Bang Theory, sat down with host Ashley Ford to discuss the bittersweet ending to one of the longest-running sitcoms in television history, including his favorite scenes with co-star and ex-girlfriend Kaley Cuoco and what he’ll miss most about playing his character of Leonard Hofstadter, as well as his thoughts on former co-star Roseanne Barr’s tweets that got her fired from The Conners, and more on PROFILE by BuzzFeed News.

On what he’ll miss most about The Big Bang Theory [watch clip HERE]:

“The people. We’ll all see each other again, but it was a very special ecosystem that we had on that stage that was very rare and very supportive. It takes 150 of us that were there to build that, so it will never be recreated. That feeling of walking into that set every day will never be there again, so that’s worth mourning, definitely…I think these characters remain in you…I hope I retain Leonard’s patience, he’s much less stubborn than I am. Certain virtues like that, I hope I take away quite a bit of him.”

On his favorite memory between characters Leonard and Penny on the show [watch clip HERE]:

“When Penny accidentally told him that she loved him for the first time, that was great. It’s what I grew up doing in theater in Chicago. The way we shot Big Bang, we shot it in front of 300 people, and it’s very, very similar to theater, you just happen to have four cameras between us and the crowd. It’s difficult to play those intimate moments and ignore all the people in the room, and generally in comedy you don’t want to, you want to invite people in…In moments like that, I remember the whole crew and the crowd melting away. We did that in one take, that scene.”

On his former co-star Roseanne and the tweet that got her fired [watch clip HERE]:

“It’s funny because I haven’t been asked about that. That first day, when that horrible, horrible tweet of hers went out, I was angry. And not just because it was such a fiercely, ugly thing to say. Certainly that, as I think everyone was whether they know her or not or they have any sort of show, but I knew that they were gearing up to do another year on the show and how many other people’s jobs that affected and put into danger. I was angry, and then I was worried because honestly I don’t know her to be a person that would say such a thing. And I don’t know what she was taking, if she was taking something. I don’t know if her opinions on things or people have changed since I knew her as well as I did. But I know that when I knew her well, that isn’t something that she would tolerate and she was incredibly proud of the groundbreaking episodes and stories that we told on race and on equality, and celebrating diversity. I’m still really shocked by it. I don’t have any answers. It’s a very strange sensation when you’re pissed at the same person you’re concerned about, because that was not of her right mind, at least the Roseanne that I knew.”

On his recent announcement that he was expecting his first child with girlfriend Alaina Meyer [watch clip HERE]:

“I told Melissa and Kaley and they were thrilled, they were very, very happy. We didn’t plan on announcing it, to be honest to you. It got leaked, and we got a phone call that a paper was running with it, so we had five minutes to get it out in our words…Some relatives found out that way which is a shame…but once it was out, the calls started flying in from most of the cast saying congratulations.”

On early memories of bonding with the cast, including drinking wine with JIM PARSONS [watch clip HERE]:

“The first time Jim [Parsons] and I hung out. We met, and then we had to start working pretty immediately after that, and actors often do this thing, I call it ‘accelerated bonding.’ It’s just strange to meet someone and play best friends or husband and wife with somebody you just met. It usually involves a lot of wine, which it did between he and I. We just hit it off and had a ton of stuff in common, from our grandfathers working on the railroad to some really interesting stuff. It was a longer morning the next day. ”

On KALEY CUOCO being the most active in the group chat with his co-stars [watch clip HERE]:

“Kaley’s really good at that. She started as the only female in the cast, so she kind of became Wendy to  The Lost Boys and remained Mother Hen there. She’s the great uniter.”

ABOUT PROFILE by BuzzFeed News: