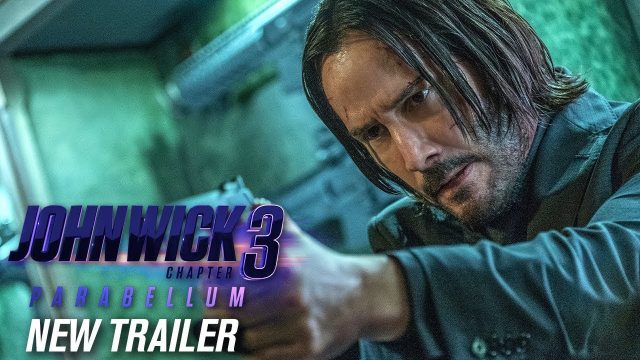 Hollywood, CA (The Hollywood Times) 05/15/19 – “John Wick: Chapter 3 – Parabellum the best installment of the series – is (from start to finish) like leaping into a non-stop adrenaline-pumped excessively violent – almost comic book campy video game ride with some canines tossed in.  Everyone is out to kill our super-assassin John Wick and I mean everyone – it seems there are few on the planet that don’t know his carcass is up for a 14 million dollar reward.

Gone are the long narratives and in its place we enter a surreal world injecting this hit series – with renewed vigor all the while preserving what made the first two Wick hits a success – by adding to the rousing, stylistic sense of high-quality choreographed fights and overall mayhem.

Halle Berry kicks ass with the best of the boys and so do her dogs. Her German Sheperds give their breed a good name again after being dethroned or tagged as another K-9 Unit. They’re majestic and bold, savagely so. We need more female fighters and stunt women in this action thriller and Berry doesn’t overact – for a change – when given a gig that’s about revenge. She’s all guns ‘n dead roses.

Anjelica Huston showing up as a member of the table is a great visual choice in making the film feel a bit more twisted noire – like having an older Morticia come calling who can calmly place her hands in a prayer position and take a knife through her palms or gleefully watch one being plunged into you without moving a muscle.

The story isn’t meant to be taken seriously or to make sense and it’s a lot of fun. Perfect date night material – keeps you jumping with all of the phenomenally choreographed fight sequences that make you wonder out loud, “Wick never gets winded.” No matter how many guys attack and thrash him around, he’s stabbed, shot, branded, tossed through glass cases countless times, elects to eliminate a part of himself and gets thrown off a very high building – yet Wick comes back to do the finale fight with a little more blood on him and some sweat – but he breathes normally. That Wick guy is a true action-hero!

John Wick may walk and run funny but he can fight and… he looks good all the time! Not sure about the wanting to stay alive to remember loving his wife excuse – that was a wee bit too cheesy – even for the teens in the audience,  but the Mike Tyson ear-biting bit got a laugh! And it made him more human… even for just a moment.

The sets are spectacular in imagery alone and the tones of the movie are consistently malleable and hypnotic to the eyes. At the beginning of the movie I thought, okay, give him a good burial and move on but by the film’s near closing the audience was rooting for and yet another chapter of John Wick. The Revenge Master with a heart still out to redeem himself. Go see it a few times and feel the stress of today – peel right off.

In Theaters May 17th