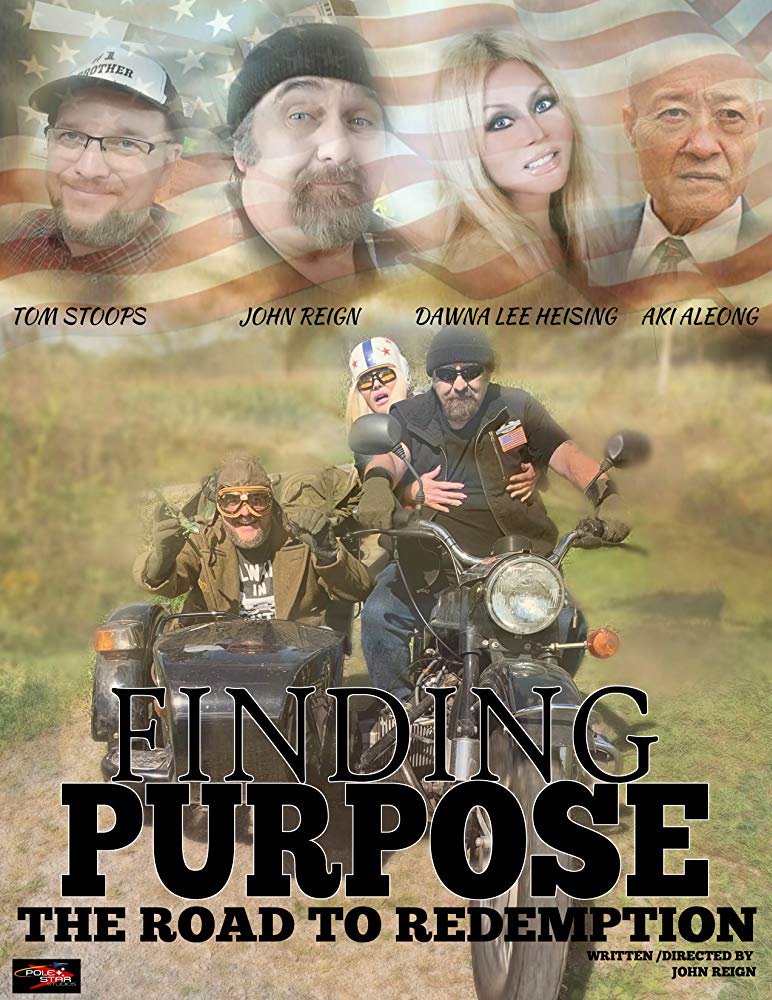 You started in the music business. Tell us your journey.

I was discovered by MCA Records in the men’s room of a Cadillac dealership lol! From there, my relatively short span as an Elvis impersonator sprang up. For the two years I toured as Elvis, I had a hard time dealing with the fact I was impersonating a legend. I started to lose myself a little. I enjoyed singing, but I wanted to be me. So I walked out of my contract and tried to go solo…but no matter what I did, I was compared to Elvis.

Where do you get your inspiration from?

Again. if it’s about music…I didn’t really have any influences other than the King, but I was already sounding like the man before I knew he existed. When I first heard of Elvis, I thought his name was Elvis Parsley, and I thought what a weird name for a singer lol!

You have worked in all areas of the industry, including video production, producing concerts, record distribution, and TV production. What have you learned over the years about the industry?

The big thing I’ve learned about the business is that it’s a huge living entity, which is constantly growing and changing to fit the times and the environment. It can be equally cruel as it can be rewarding. To be successful takes a keen sense of your surroundings. You must adapt to each situation and then give it your all.

Lol…wow probably plenty. But the biggest thing would be my education. I had to drop out of school in the seventh grade. Another thing is that I toured the country as a professional magician, performing in many venues, including Las Vegas and the Magic Castle. I quit the business when I almost died in a Water Torture Cell Escape.

After that, I went on to own a string of nightclubs in New York, and I became a successful event organizer. I have been married to my beautiful wife Rowena Ermini Reign for over 30 years and we have 13 children between us. I founded Polestar Productions LLC when Winnie and I moved to Pennsylvania in 2012 from New York, and have been making films ever since. The films are available through the Polestar website at www.polestarprod.com

Tell us about “Grimmets Magic Forest”.

The Grimmet started as a story I made up on the sly more than 30 years ago to get my oldest son to sleep in his own room. He was very afraid of the dark so I created this little gnome like creature that lives in a tall tree deep in the heart of a magic forest and protects all children in the world. As time went on, more and more was added to the story to fit the fears or questions of my other children. The lovable Grimmet character gave them all a sense of comfort. I decided to put it all together in a book. I contacted recognized artist Arlene Kriebs through a Facebook connection and asked if she would be interested in updating my original illustrations. She immediately said yes and poured her heart into the drawings!

A major publishing company has contacted me, and “GrimmetsMagic Forest” is slated to be published in hardcover soon. I also have plans to produce a feature film about the lovable Grimmets.

What inspired you to write your film “Finding Purpose”?

I originally wrote the film some 20 years ago about a Vietnam veteran who returns home with nothing left of his family except his mentally challenged brother, whom he has the responsibility to care for. Although the story is fiction, I put a lot of my life into that script. I originally wrote it to have my brother Rod, who had Down Syndrome, play a lead role, but he passed away before I had the chance to produce it. I had been making string after string of low budget horror films. To be frank, I was sick of producing them and just wanted to produce something that I thought would have real social merit and that would send a positive message. But no one wanted to produce a drama. So I put on my big boy pants, updated the script to be about a returning veteran from Bosnia and produced “Finding Purpose” myself for a mere 5000 dollars. Tom Stoops did an amazing job portraying Rod and brings comic relief to the film.

“Finding Purpose” is about a United States Army Sergeant named John Kayhill, who is serving a tour of duty in the Bosnia conflict. His struggle to survive then picks up 25 years later when the effects of PTSD have left him barely able to cope. The State steps in and removes his mentally challenged brother from his custody.”

We are honored and grateful “Finding Purpose” has garnered rave reviews from critics. The film is now available on Amazon Prime ahttps://www.amazon.com/Finding-Purpose-John-Reign/dp/B083NHPRVC/ and on the Polestar website at  www.polestarprod.com

Tell us about your Award-Winning film “Finding Purpose: The Road to Redemption.”

“Finding Purpose: The Road to Redemption” is the big-budget sequel to “Finding Purpose”. A local investor attended the premiere for “Finding Purpose” and was so impressed that he agreed to fund the sequel for a MUCH higher amount. He wants to remain anonymous, but we are very grateful that he has joined the Polestar family.

We shot the sequel for a month at numerous locations in Pennsylvania, which were found by Polestar members Ed McIntosh, Ross Carlo, James Schultz and Chaz and Alley Wedge. I reprise my role as John Kayhill and Tom Stoops again plays my brother Rod. Dawna Lee Heising reprises her role as Skye, who is now married to my character, and the great Aki Aleong plays her father. The film has already won Best Feature Film at the 2019 Hollywood Silver Screen Festival and will be entered into a select few major film festivals in 2020. 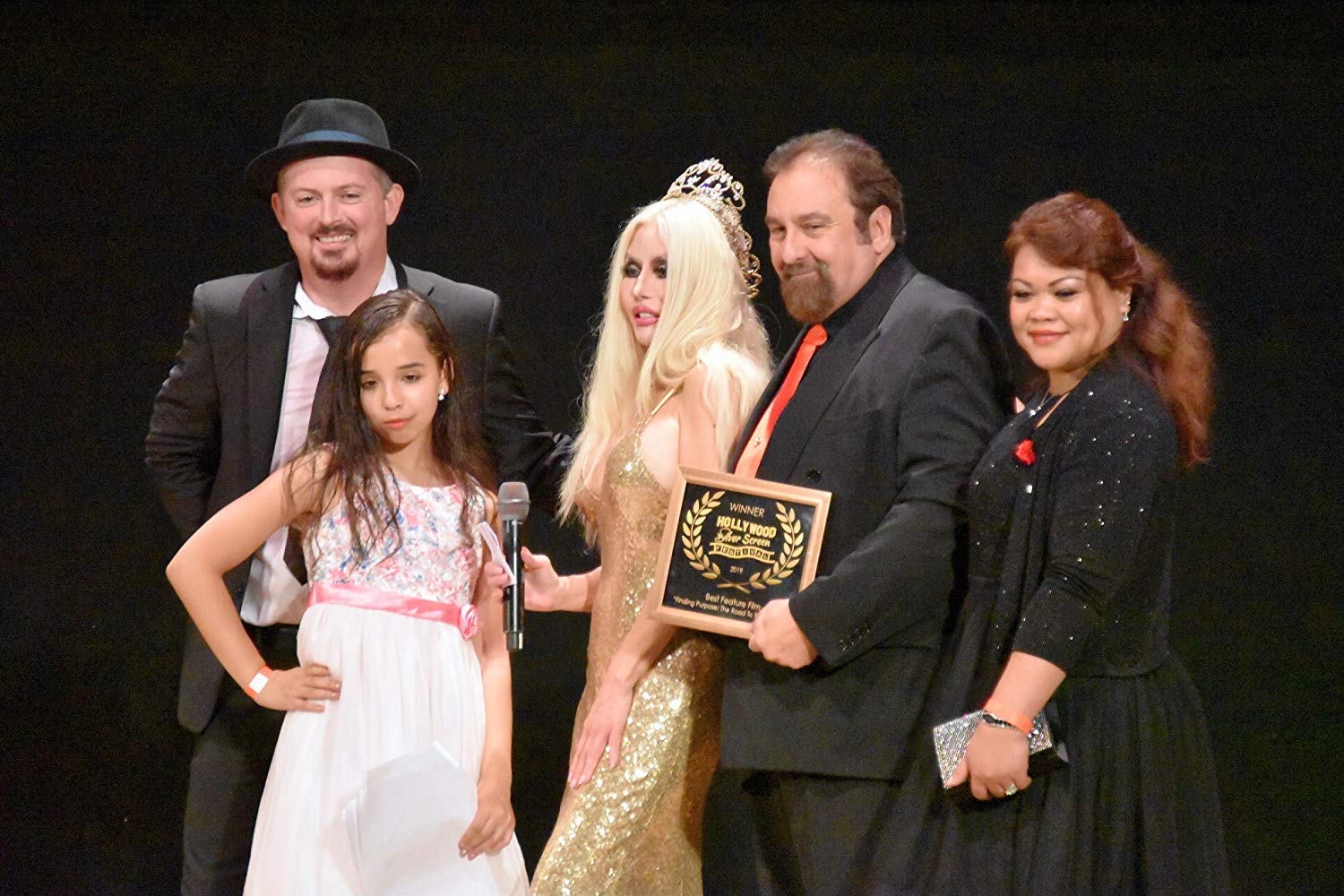 The film has gotten such a great response that different distribution companies are vying to put out “Finding Purpose: The Road to Redemption”, and my agent Roger Paul is going through all of the contracts right now. The film is slated to be released to theaters this year, and we can’t wait for everyone to be able to see it! Here is the trailer for “Finding Purpose: The Road to Redemption”: https://vimeo.com/370066442