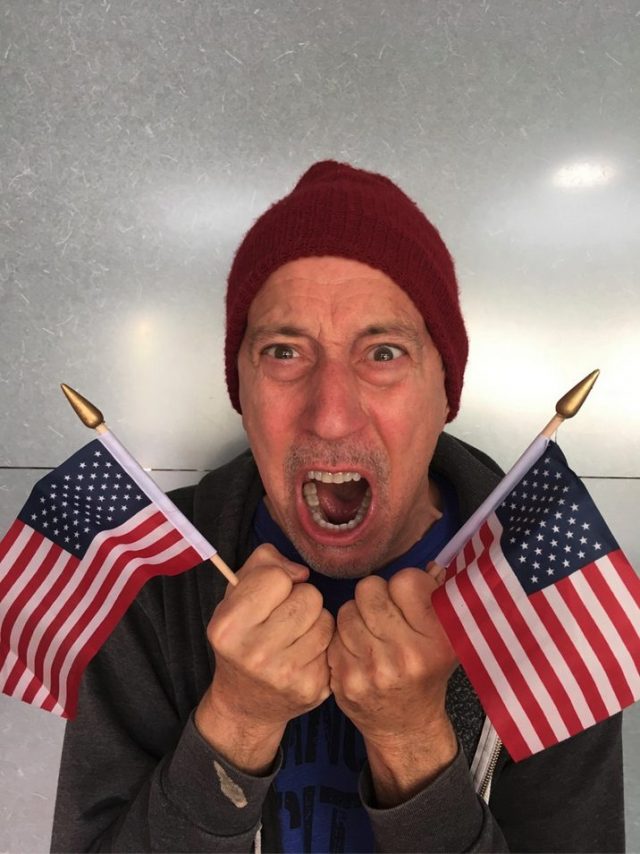 Los Angeles, CA (The Hollywood Times) 9/13/21  – Theatre in Los Angeles, like most cities, has taken a huge blow with the arrival of the COVID pandemic. Slowly some theatres are trying to reconstruct live performance on stage with either outdoor musical events with social distancing or else live theatre with solo artist shows. The well-known Odyssey Theatre in West Los Angeles is trying both and coming very soon is an entertaining and provoking musical cabaret-style event It’s alive, IT’S ALIVE! ­– conceived and performed by legendary performance artist John Fleck. John Fleck’s show was developed and is directed by longtime Fleck collaborator David Schweizer. It’s alive, ITS ALIVE! is an outrageous satire that reflects on our national panic in the face of the COVID pandemic. Joined onstage by a band and two singer/dancers, Fleck uses musical numbers, dance sequences and broad characters to create a hilarious and uniquely ribald theatrical rollercoaster that skewers our fears and assumptions about everything from COVID-19 to our identity as earth dwellers at this precarious moment. With a bit of zany humor about the COVID virus being an alien from outer space, Fleck attempts to make us laugh about our greatest fears. 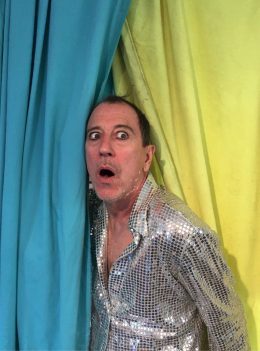 “The piece will give the impression of improvisation, with frequent audience interaction, but the text is carefully scripted,” explains Schweizer. “John writes characters who might seem like clowns, but they possess an undercurrent of real danger. It’s alive, IT’S ALIVE invites audiences to examine their own tension and apprehension around the pandemic, as well as its political effects, and to laugh at those same fears, aiming for a kind of theatrical transcendence.” In talking with John Fleck about his new production, he told me that this is his most scripted performance in many years, as he usually preferred a more improvisational style. But he has grown tired of one-man shows and felt the need to introduce more characters on stage. Hence, It’s alive, IT’S ALIVE has added singer/dancers in this production. Four performances of It’s alive, IT’S ALIVE! take place at 8 p.m. on Saturday, Sept. 18; Saturday, Sept. 25; Saturday, Oct. 2; and Saturday, Saturday, Oct. 9. All tickets are $25.The Odyssey Theatre is located at 2055 S. Sepulveda Blvd., West Los Angeles, 90025. For reservations and information, call (310) 477-2055 or go to OdysseyTheatre.com. The finalized production will be included in the line-up for The Odyssey’s 2022 season.

John Fleck is an actor and performance artist most recently seen at the Odyssey in Blacktop Highway, “a gothic horror screenplay’d on one man’s body.” With an established acting career in theater, film and TV (he is one of only 13 actors to have starred in all incarnations of the modern Star Trek TV series in a variety of roles), Fleck is best known for creating larger, experimental pieces in performance spaces and museums. Fleck’s resistance to being pigeon-holed began in 1990 when he and three other performance artists – Karen Finley, Tim Miller and Holly Hughes – were labeled “obscene” by the likes of Senator Jesse Helms and Congressman Dana Rohrabacher, who put pressure on the National Endowment for the Arts to rescind funding to the four artists, thus forever branding them the “NEA Four.” Their case went to the Supreme Court – and they won.

Fleck’s award-winning and sometimes controversial self-scripted shows include: Mad Women, Side EFFlecks May Include, Nothin’ Beats Pussy, A Snowball’s Chance in Hell, Dirt, Blessed are all the Little Fishes, ‘ME’ Psycho Opera and I got the He-Be-She-Be’s.  At the Odyssey, David Schweizer most recently directed the Los Angeles Times “Critic’s Choice” production of In Circles by Gertrude Stein. Schweizer has worked with John Fleck for decades – all the way back to Blessed Are All the Little Fishes, the 1990 work that established Fleck as one of the NEA Four. He has also directed and developed original theater and performance work by such crucial local artists as Sandra Tsing Loh, Ann Magnuson, Michael Sargent and Justin Tanner.

More traditional directing credits include, in L.A., The Waiting Room (Mark Taper Forum); He Hunts, Sugar Plum Fairy (Geffen Playhouse); Marlane Meyer’s Kingfish and his own-devised Joni Mitchell Project (The LATC); Peer Gynt, Salome and Broadway (The Actor’s Gang); and Plato’s Symposium with his own Modern Artists Company. Directing credits in NYC include the OBIE award-winning And God Created Great Whales by Rinde Eckert; Wintertime by Charles Mee, Jr.; and The Fat Lady Sings by Jean-Claude van Itallie. His many opera world premieres include The Mines of Sulphur at New York City Opera; Elizabeth Cree at Philadelphia Opera; and Emperor of Atlantis (The New York Times “10 Best” list) at Boston Lyric Opera. He has maintained a creative presence in the Southland by directing often at Long Beach Opera, including, most recently, As One, Hydrogen Jukebox and Leonard Bernstein’s Candide.