Jimmy Steinfeldt: Tell me about your amazing video “Get Your Kicks.” It had lots of humor in it and that’s not easy to do.

Jack Swagger: I’m glad you picked up on that. We consider ourselves a pretty fun band I wanted to incorporate that into the video. We edited together phone videos from our trip to Seattle. We were working with record producer Jack Endino (Nirvana, Soundgarden) and we had a great time. I hope it shows the personality and spirit of the band.

Jimmy: Who Directed and edited “Get Your Kicks?”

Jack: That was me.

Jimmy: Tell me about your second video “2 Shots (To The Back Of The Head).” Jack: 2 Shots video came about because the label wanted another video. Our drummer had just moved to a new loft and he had a cool setup with posters on the wall and also high ceilings. That’s our lair, our hideaway. Our friend came over and filmed it on the phone. There was a vintage TV there and I said how about we just zoom in on that and then we’re inside of it. We have a third video coming up soon for our song “Bittersweet Angel.”

Jimmy: I’ve worked with many bands from Minneapolis including The Replacements, Husker Du, Soul Asylum, and Babes In Toyland. Tell me a bit about some of the Minneapolis bands you’ve followed.

Jack: I love The Replacements. Paul Westerberg and also Tommy Stinson and his side projects. I’ve hung out with Dave Pirner plenty of times, we’re friends. I love Lori Barbero of Babes in Toyland.

Jimmy: What was the process of recording your new album? 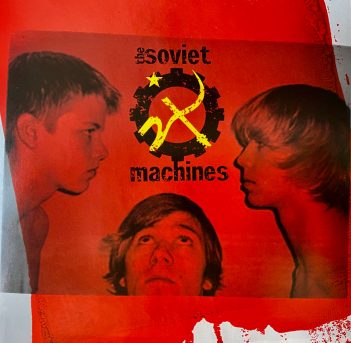 Jack: We got the band back together late spring-early summer 2020. Marcus and I had started the band in high school. We had done the band for 3 years but he was a couple of years younger than me and I had graduated and everyone had split off and either gone to school or done their thing. Marcus and I continued to play in bands and we kept in touch and finally during Covid we got together after so many years. The spark was still there.

We got our friend Rich on bass and he’s a phenomenal singer and songwriter in his own right. We finalized a set and did a demo recording. We then headed out to Seattle to work with Jack Endino. I had worked with him before with my previous group. This new record turned out amazing. We worked well together. We just recorded live and got the spirit of the band, the energy of the songs. Sometimes that energy is not easy to capture. It turned out great and people seem to really like it.

Jimmy: Tell me about Jack Endino.

Jack: He’s a really fun guy to work with. He’s a tremendous person. So knowledgeable, fun, and malleable. He’s always willing to experiment and very good at getting a great sound right out of the gate. He’s also very funny. Much of our time was spent laughing. We kept a little humorous moment in the song “Get Your Kicks”—right at the very beginning of the song. That was how influential the atmosphere was in the studio.

Jimmy: I’m a songwriter and member of ASCAP. Tell me about the songwriting process. 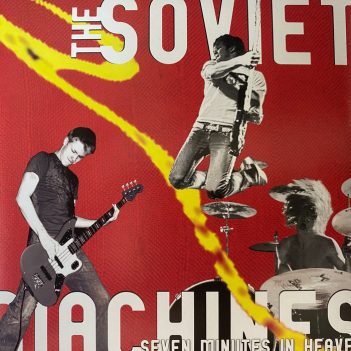 Jack: It’s evolved over time. I should get hooked up with ASCAP. I grew up a third-generation guitar player. My dad and grandpa. I’ve always wanted to write songs. I discovered the demoing process early and wrote and wrote and wrote until something was ok enough to want to play it. I met Marcus when I was 17 and he was 14. That’s when we started this band. Similar to The Replacements. Marcus and I had a love of recording, rock history, bands, and records. He was the first person I knew who had vinyl. He was probably the coolest kid I knew and he’s 3 years younger than me. We started writing songs a lot.

Now with Rich, we have a whole new element to the band. I think we are going to re-release our early recordings. Rich and I will now work something up in a demo form to a click track or drum beat and we can send it to Marcus. He’s got his studio set up at home and he can lay down drum parts. Then we go to his studio and work on parts. It’s a fun way to demo it and then we perfect it. Then rehearse it. We then go into the studio and do it all live. That’s our process so far.

Jimmy: What was your first guitar? 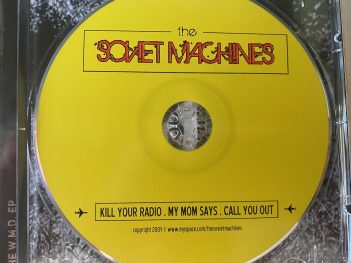 Jack: Fender Stratocaster, the black one I play in the video.

Jimmy: What bands greatly influenced you?

Jack: I grew up obsessed with the Beatles. Their songwriting and sense of humor. Especially John and George. That’s kinda what we’re going for, almost a punk rock Beatles thing. You can hear it in songs like “Get Your Kicks.” The Replacements are a huge influence especially the first few records. They were one of the greatest bands ever. They were always entertaining.

Jimmy: Could that be because there is a connection between your band and Burnsville, Minnesota? They have a song called Buck Hill and that’s in Burnsville.

Jack: Yes, Buck Hill is in Burnsville and so is The Garage where I grew up playing. That was our main hangout and our first shows.

Jimmy: Tell me more about how the band broke up in 2009 and then reformed 11 years later. 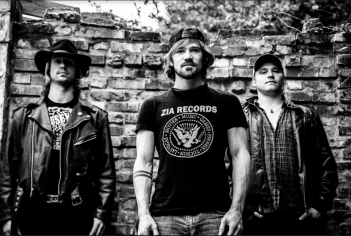 Jack: At the time I was about 20 and Marcus was a junior in high school. We got very far very quickly. Record deals, agreements were thrown at us, and working with parents at the time and so we needed to take a break. I don’t think we thought it would take that long to regroup. Marcus and I kept playing in bands and we stayed in touch and were fans of each other’s music. Eventually, the timing was just right so we went for it.

Jimmy: How did the band name come about?

Jack: We started out in 2006. I’d see Marcus in the hall at school and we were on the cross-country team. He had a Nirvana t-shirt on and that’s how we met. I thought well that guy is cool he likes Nirvana and we shared a love of Punk rock. For the very first show we were called Tourettes or something like that and we couldn’t settle on a name. We had a notebook filled with possible names. We kept writing names down every day and eventually the name popped up. It might have come from a history class where we were learning about Soviet history. The Soviet Machines. I wrote it down and we circled it.

Jimmy: Tell me about the local music scene today. What’s happening in Minneapolis? 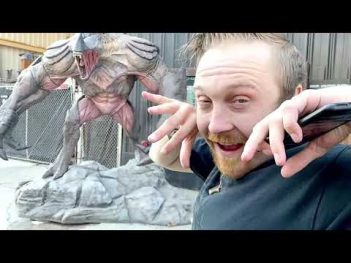 Jack: We are! But seriously there are always great bands here. It’s kinda like the Seattle scene in the 90s. Very incestuous. A band starts, they do some music, then they break off into another band. There’s always great music coming out of Minnesota. You just gotta look for it.

Jimmy: What other bands and artists do you hang with?

Jack: Locally we play a lot with The Missing Letters, I just edited their video. We’ve done some work with I Am Lazarus. Back in the day, we toured with Sick of Sarah. Some of those members now have a band Hotel Caviar. It seems like every week I hear something new and think wow this is good, I gotta step my game up. It’s a bit like it was in the 60s where bands would check each other out and then go home and try to write the next good thing.

Jimmy: There was a time when I felt like I lived at First Ave and the 7th St. Entry. Tell me about some of the important clubs today in the Twin Cities. 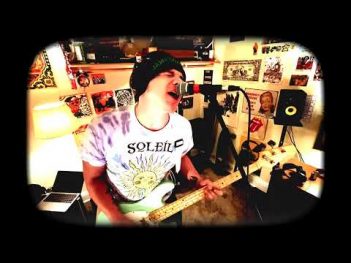 Jack: First Ave has been very good to us. I got to play the mainstage there when I was still in high school. I might post some footage from that show sometime. I’m sure when we get through this pandemic we’ll be back at First Ave.

We also played cool places across the country like Blueberry Hill, Chuck Berry’s club in St. Louis. The Music Hall of Williamsburg in New York. Also shows in Brooklyn, Kansas City, and Summerfest. Those gigs were on a bill with the Meat Puppets who are friends. We’ve played The Crocodile in Seattle where Jack Endino saw us back in 2008. I look forward to more west coast shows including L.A.

Jimmy: You’ve been doing this for 15 years. Any advice for young musicians starting out?

Jimmy: What’s it like having a trio with two excellent singers one on guitar and one on bass. I think of Cream and ZZ Top. 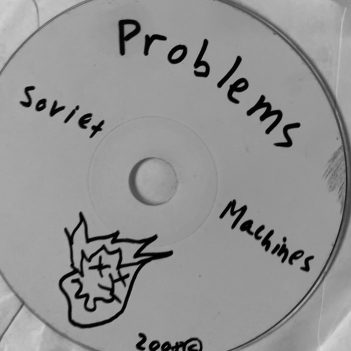 Jack: Being a Beatles fan I always wanted that. Two singers, one on bass one on guitar. Rich and I have a close connection. We play acoustic together and have for ten years. That’s our secret weapon and we’re running with it.

Jimmy: What’s next for The Soviet Machines?

Jack: We’re going to Chicago to work with Steve Albini. We hope to have another single out by Record Store Day (April 17.)

To learn more about The Soviet Machines check them out at https://www.facebook.com/thesovietmachines