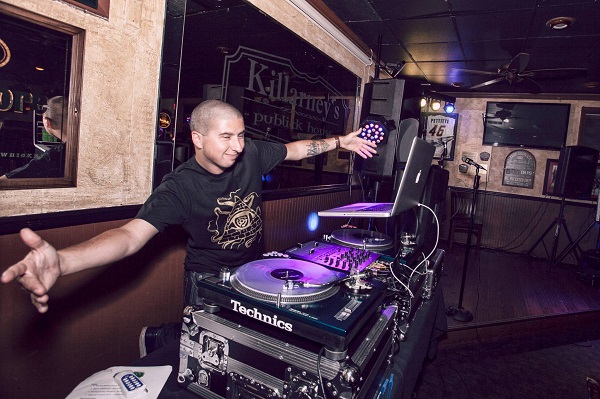 Jimmy Giambrone was born and raised in Hamilton, New Jersey and graduated Temple University in 2011.  Familiar with the camera since he was 10 years old, Jimmy had already been shooting friends rollerblading, skateboarding, and riding BMX.  He had also found inspiration from 90’s music videos directed by Hype Williams.  Jimmy used this to create a style all his own.  He went on to co-create a company that produced and distributed extreme sports DVDs.  All the encouragement he received during that time would lead him to study film in college.  It was in 2008, during his stay in Philadelphia, that Giambrone started shooting local underground hip-hop events.

Flash forward to 2021, he still maintains a lot of relationships with artists in Philly.  Artists like Freeway, Asher Roth, Mr. Green, DJ Jazzy Jeff, Beanie Sigel, and countless others.  Earlier today he released a music video he directed for rap artist Vinnie Paz called “Papi Wardrobe”.  The video was released six hours ago and has already accumulated over 20 thousand views.  I will post the link below the article.  Gaining popularity and viral views has made it easy for Jimmy to dabble into other photography and video projects.  He works regularly as a DJ at parties and Weddings which he can also double as a photographer.  He does real estate photography and videos, commercials, fashion photography, and more.

Jimmy is not known for staying in one place as he is constantly on the move.  Whether it’s doing backflips on a trampoline, snowboarding, or rollerblading off some homemade ramp you can catch most of it on social media.  He has some of the most unique photography I’ve seen on instagram and is putting his stamp on content as a legend in the making as he continues living the American Dream.

Jimmy takes tons of photos of his incredibly talented girlfriend Joanna too!

Some other music videos directed by Jimmy Giambrone

Army of the Pharaohs “God Particle”

(^^ also directed by Sam Lipman-Stern & Mr. Green for Live from the Streets Productions)