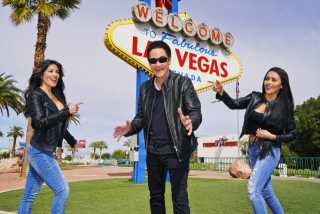 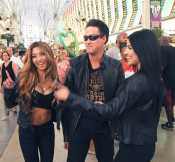 Jimmie Lee – The Jersey Outlaw  and his hot comedy reality TV show “Dangerously Funny”, has taken the comedy world  by storm , and  is now rated one of the best comedy reality TV shows on the air.
Jimmie Lee delivers a unique brand of street comedy, with high octane over the top comedy, that incorporates ad-lib off the cuff uncensored skits that are hilarious. It’s pure pandemonium and mayhem, no holds barred, uncanny, unpredictable, zany and purely entertaining when Jimmie hits the streets. So, lock the doors and call the cops, Jimmie Lee has  arrived . 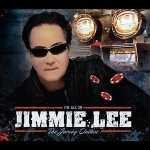 Jimmie and the BanditoGirls  recently took to the streets of Vegas, including stops to The Strip, Boneyard Museum, Fremont Street and more. The Outlaw absolutely kept all his fans on the edge of their seats, with his dynamic persona and delivered one liners, zingers, insults and more. Nobody was safe and everyone was a target. And Jimmie Lee hit the bulls eye .
Dangerously Funny is now in Season 3 and shooting all over the country, including upcoming venues in South Beach, Hollywood, Atlantic City, New York City and more . 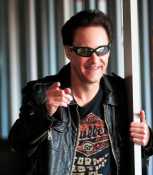 Jimmie Lee is the talk of the town in Hollywood, and press and media keep asking The Outlaw the secret for the show’s success.
“I am doing something very unique and different that people aren’t doing anymore;  old school comedy 80s style,  that’s politically incorrect,  plus I do it on the streets to the unknowingly public so it catches everyone off guard, its very high energy and very captivating
Jimmie’s comedy is an old school Vegas style, that combines elements of Rickles, Dangerfield, and Red Foxx, with a unique style and smooth delivery with some Jersey attitude.  He has been performing since 2013 and has performed stand up in major clubs throughout the country.

The Jersey Outlaw is definitely a character and goes to extremes to entertain and keep everybody on the edges of their seats! The kids got charisma and a touch of old school class! In this crazy world of entertainment, The Garden State can take pride to one outlaw of a good nature. That’s Jimmie Lee and he’s one of a kind!
For more on Jimmie Lee, go to http://www.jimmieleecomedy.com, Jimmie Lee-The Jersey Outlaw- YouTube Channel, and Facebook- Jimmie Lee.