Dangerously Funny is a comedy reality TV show with Jimmie Lee-The Jersey Outlaw on the streets doing high energy, no holds barred, insult style comedy. He has created a unique style of street comedy that combines insults, zingers and one liners.

“Dangerously Funny” owns up to its name with high energy , no holds barred, over the top , 80’s style comedy. It is a superbly entertaining comedy reality TV show, that creates pandemonium and mayhem on the streets , with Jimmie Lee at the center of the action. Jimmie has created a unique brand of street comedy that is old school style, that combines insults, one liners and zingers with a smooth delivery and some Jersey attitude.

Jay Cohn from the Las Vegas Sun says it best , “Pure pandemonium and mayhem, no holds barred, uncanny, unpredictable, zany and purely entertaining, like something you’ve never seen before and never will again ! Jimmie’s a wild and crazy guy on the streets that you gotta go see” 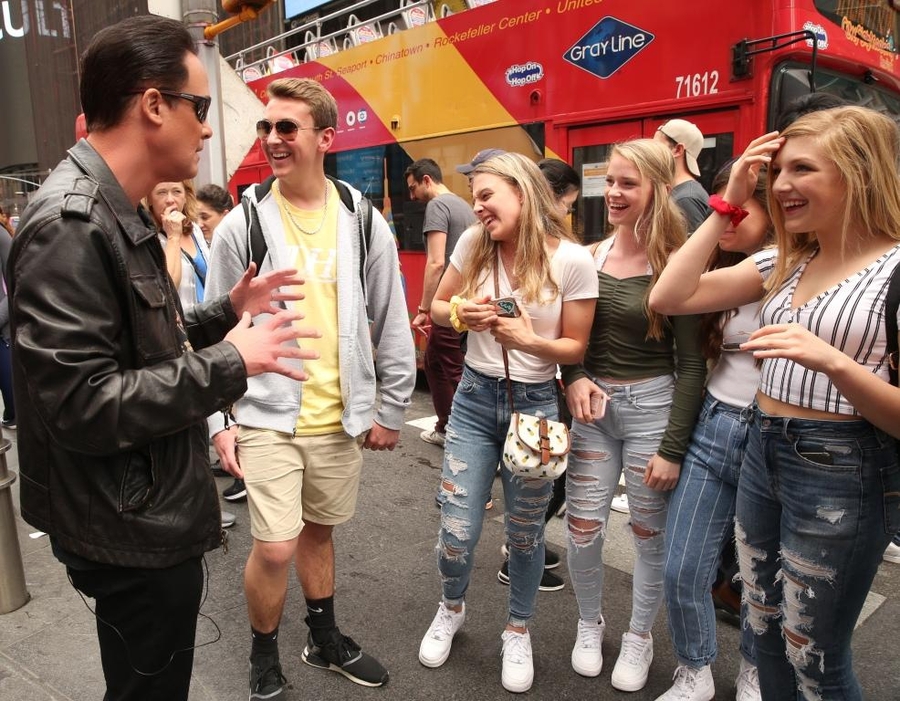 The key of the success of the show is Jimmie Lee truly loves his audience. No one does this style of comedy anymore because no one really wants to interact with their fans. That’s what sets Jimmie Lee apart from the majority of entertainers today.

And now…Lock the doors and call the cops, cause here he comes!
“The Jersey Outlaw”, as Jimmie is known, is taking his comedy reality TV show to the streets of London – with The Bandito Girls this Summer 2020. The Brits are in for a big treat, when Jimmie Lee hits the streets with his huge persona and “over the top” personality , performing his brash, ad lib street style comedy, sure to keep them on the edge of their seats. The Outlaw promises to bring the craziest most unpredictable comedy experience they will ever have . And they will love It ! Cause….Jimmie Lee’s comedy is visceral. It’s real. It’s brutally honest. It’s incredibly funny . You’ll laugh about what he’s saying to you, along with everyone around you, but it’s going to sting. And that’s why it works !

In this crazy world of entertainment, New Jersey can take pride to one outlaw of a good nature, that’s Jimmie Lee and he’s one of a kind ! You won’t wanna miss the action, when he brings his show to a city near you.