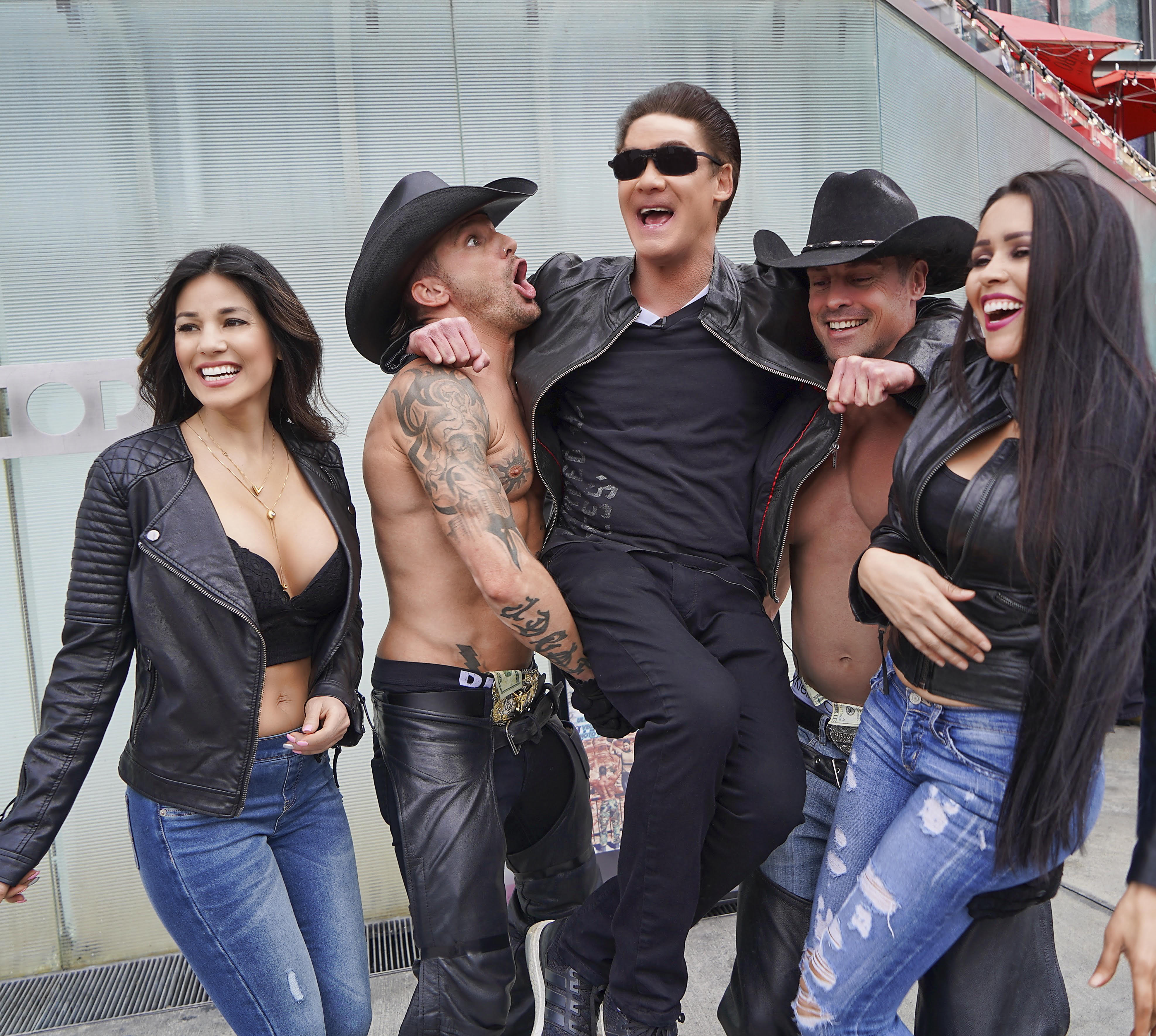 Jimmie Lee – The Jersey Outlaw is hitting the streets with his wild and crazy comedy with his brand new series , Dangerously Funny All Over The World, A Comedy Reality TV Show, that is now rated one of the best comedy TV shows on the air. The show owns up to its name with politically incorrect , no holds barred,  80s style comedy. Jimmie Lee creates pandemonium and mayhem from East  Coast  to West Coast all over America and most recently in Europe . The Jersey Outlaw’s unique brand of street comedy combines one liners, insults and zingers into ad-lib uncensored skits, that makes the show ideal for everyone.  The kid always creates the razzle dazzle and it’s uncanny , unpredictable and a barrel of laughs!

The limo door opens…and Jimmie hits the streets with his signature look, the leather jacket and dark sunglasses with security and the BanditoGirls by his side, jostling and kibitzing with the crowds, as he performs ad lib street style comedy, creating a scene wherever he goes. Jimmies off the cuff delivery, coupled with his dynamic persona are trademarks that have made The Jersey Outlaw a big name in the comedy world!  Nobody’s safe when Jimmie hits the streets. So, lock the doors and call the cops, The Outlaw has arrived !! 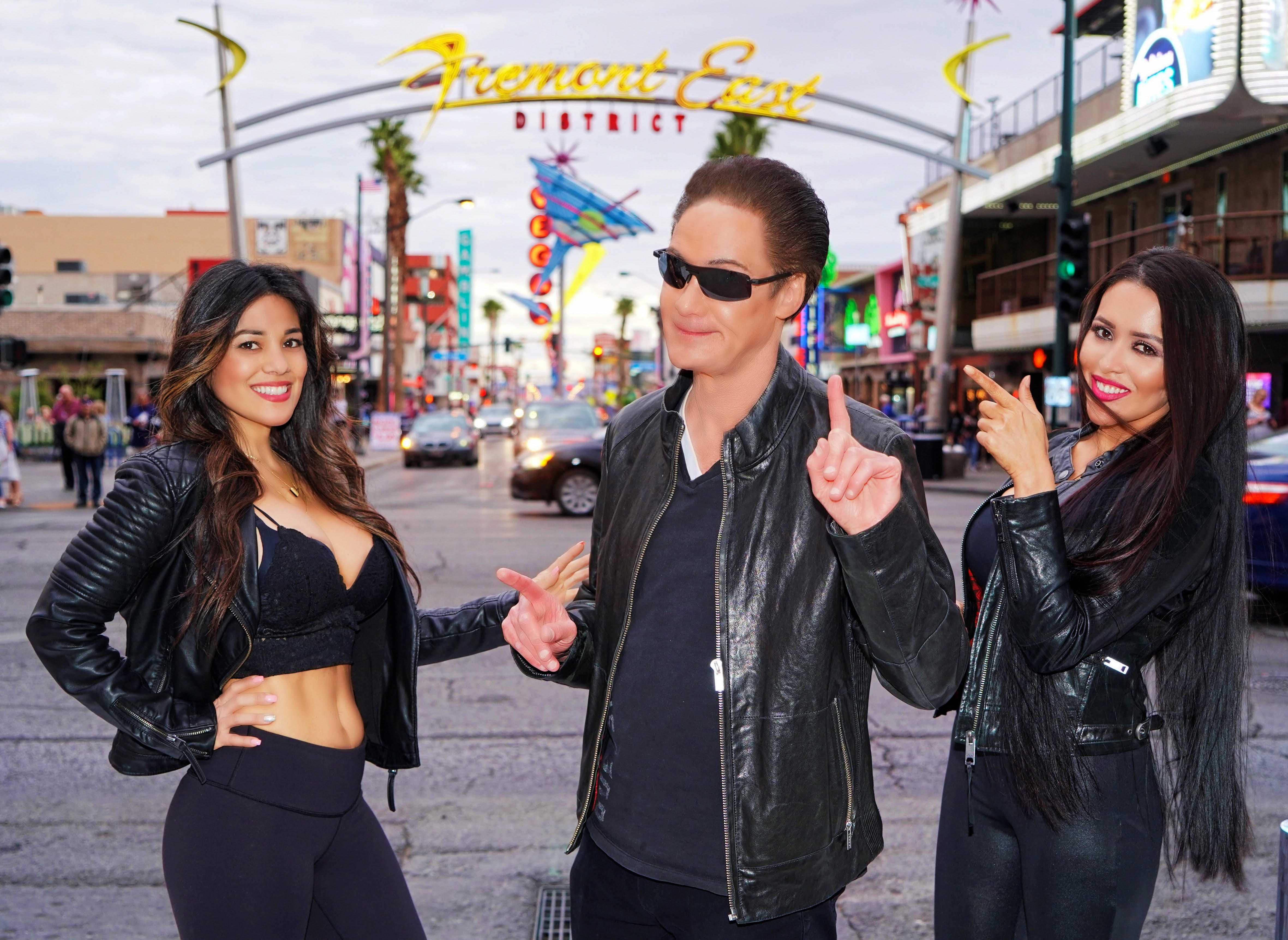 Jimmie has always said that what makes his show work so well is that it’s very unique and different and no one does this style of comedy anymore . “It makes me feel really good to see people having fun and entertained by my antics and the funnies, and they are very engaged in what I’m doing. We’re now  in Season 4 and currently and planning on making these reels just as funny as the previous seasons and we got alot in store with alot of surprises, so don’t go anywhere”  says the old school comedian who has turned the world upside down. 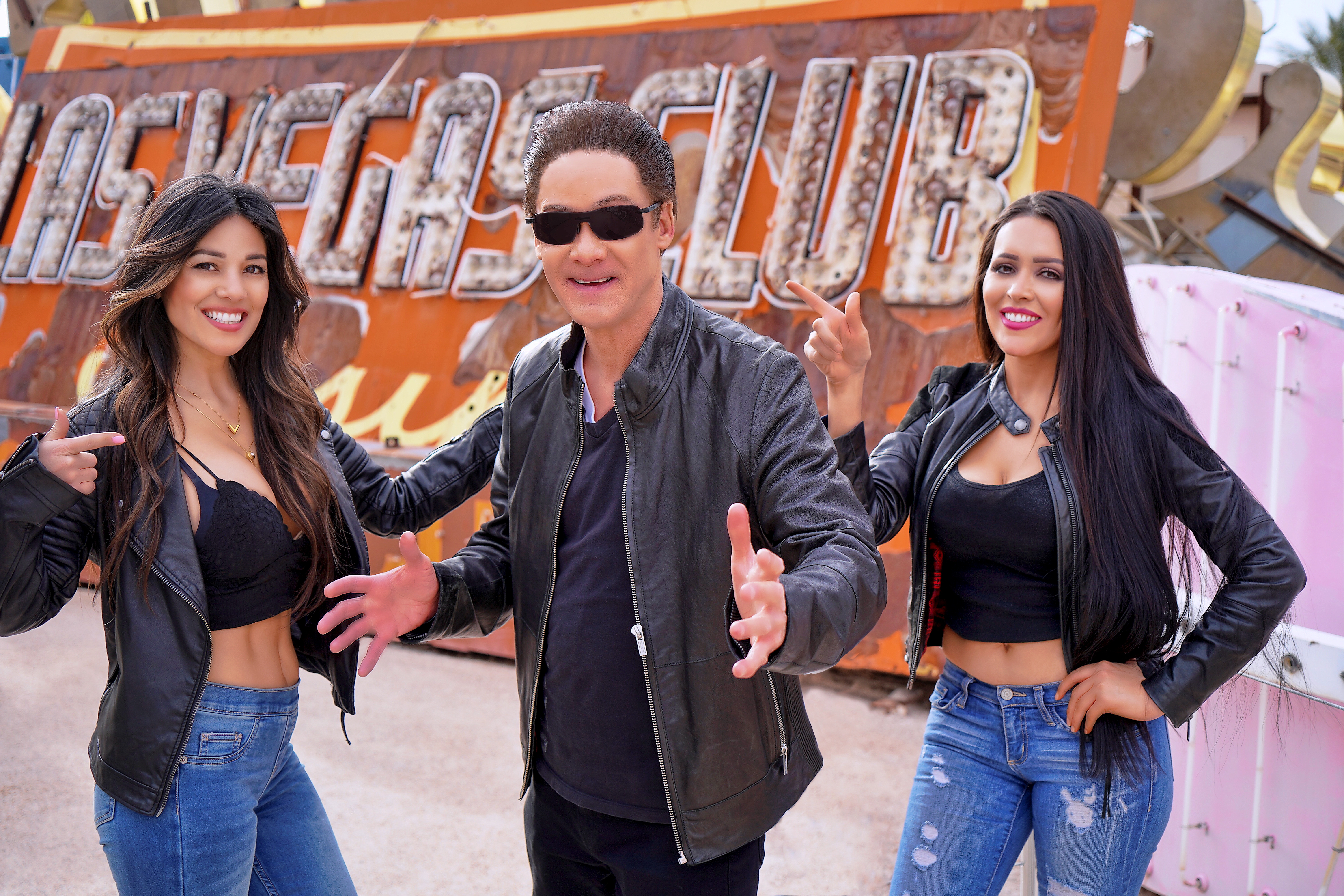 The hit show has taken him from New York to Las Vegas/ Hollywood , from Atlantic City to South Beach and more, with most recent jaunts to London , Paris and Rome.  Comedy is universal and Jimmie sees how engaged people are worldwide.

Everybody’s talking about the Jersey Outlaw,  he’s the talk of the town. The Hollywood Press can’t get enough him. In fact, the critics just gave his show “ one finger up “. He just signed a five year deal with Harrahs in Vegas and now, “he’s waiting for them to sign”. Jimmie signs 100 autographs a day, “nobody takes them, but he signs them anyway”.   As The Outlaw says “It’s all in the schtick, baby”!

In this crazy world of entertainment,  The Garden State can take claim to one outlaw of a good nature and that’s Jimmie Lee- The Jersey Outlaw.

The show currently airs on Comedy TV and on Amazon Prime.